The message on the billboard is blunt and reads "Famous the world over for our brains, beauty and, now, dirt-cheap fentanyl"

A billboard that went up Monday in San Francisco's Union Square has become one of the most talked-about sites in the city.

The message is blunt and reads "Famous the world over for our brains, beauty and, now, dirt-cheap fentanyl." The unflattering message about San Francisco is from a group of mothers whose lives have been impacted by the city's drug crisis.

"When the mayor went to Europe to ask for tourists to come, we felt like 'Wow, how can you bring tourists into this environment, open drug market?' It's unsafe," said Gina McDonald, one of the mothers behind the billboard.

McDonald. who is part of the group Mothers Against Drug Deaths, or M.A.D.D. said repeated protests to put an end to San Francisco's numerous open drug markets have gone nowhere.

The group then decided to spend $25,000 on the billboard in the heart of the city and their efforts to get attention likely will not end there.

"We've also looked into doing a 15-second spot on TV and looking at taking these ads internationally if something doesn't change," mother Jacqui Berlinn said.

Mayor London Breed's office said they agree more needs to be done to address the city's drug crisis, but they also said they can't do it alone.

A statement released from Mayor Breed's office hints at the need for more help from the District Attorney's Office, reading in part "...there also needs to be accountability for the people who are dealing drugs, committing acts of violence, and making our communities less safe."

A joint statement from several organizations downtown said in part "The passionate campaign being launched today by M.A.D.D., although impactful, is not the solution as it will only hurt local small businesses and our hospitality workers who just now are beginning to crawl out of the economic disaster caused by COVID and its continuing fallout."

But for moms behind the billboard, this is personal and something has to give for their kids and others.

In 2020, there were 700 overdose deaths in the city and county of San Francisco.

Last year it dropped to 650, but most attribute that to more readily available medication to counteract an overdose, not a drop in dealing. 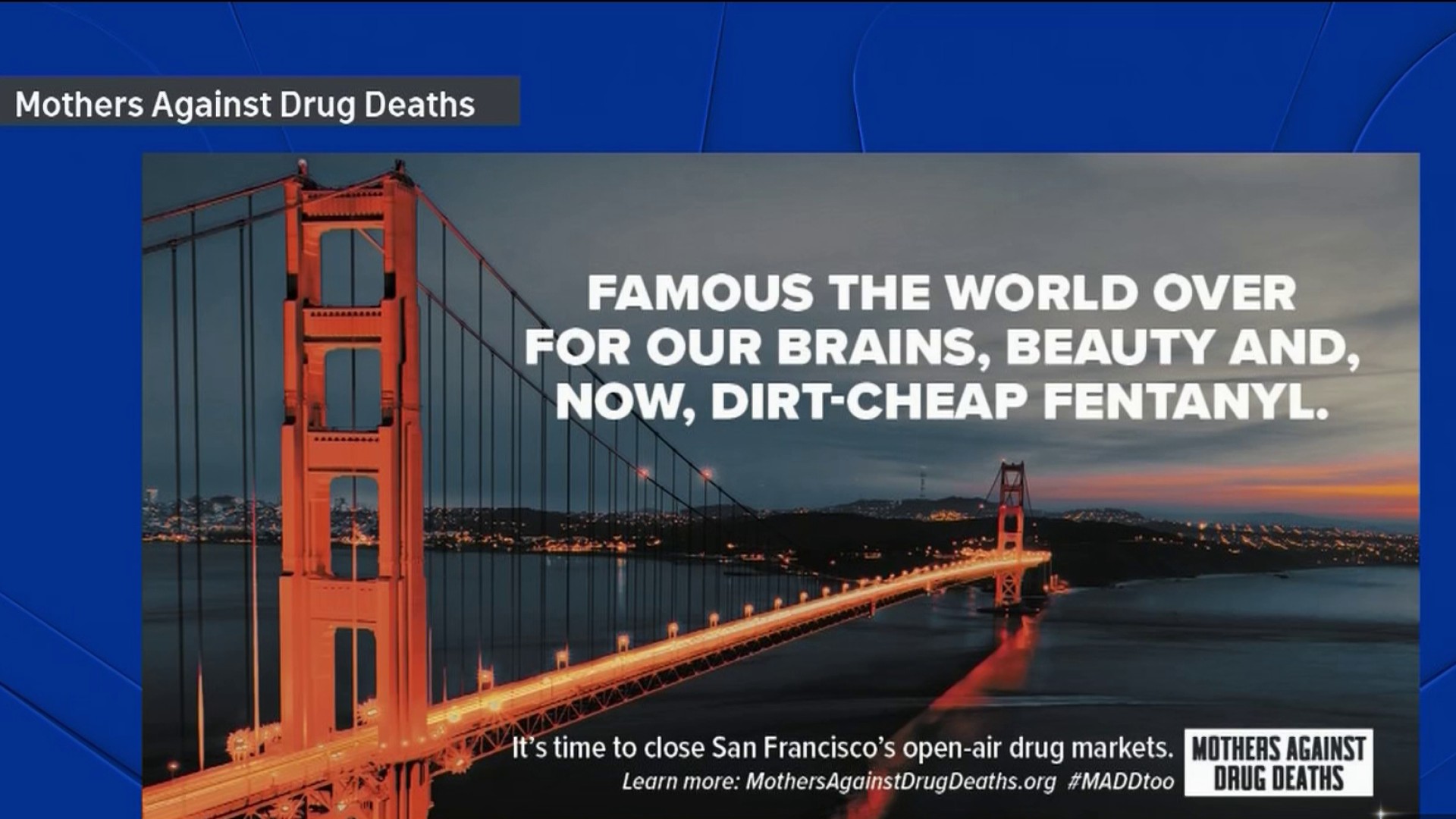