The president and vice president of an Oakland construction management firm are the latest figures to be implicated in San Francisco’s widening public corruption scandal, according to newly filed federal documents.

According to a complaint filed Thursday morning, Alan Varela and William Gilmartin III are accused of bribing Mohammed Nuru, who until early this year had headed the San Francisco Department of Public Works and faces charges of corruption and lying to the FBI.

"Instead of competing for public contracts on the merits…the defendants sought their contracts through bribes and backroom deals,” U.S. Attorney David Anderson said in a recorded statement released Thursday.

Varela is the President of ProVen Management and Gilmartin III is the company’s vice president. The company has done various major projects in San Francisco and the Bay Bridge toll plaza. According to records from the San Francisco Controller's Office detailing payments to vendors, ProVen has been paid about $25 million for its work on city projects over the past five years, including more than $7 million from Public Works. 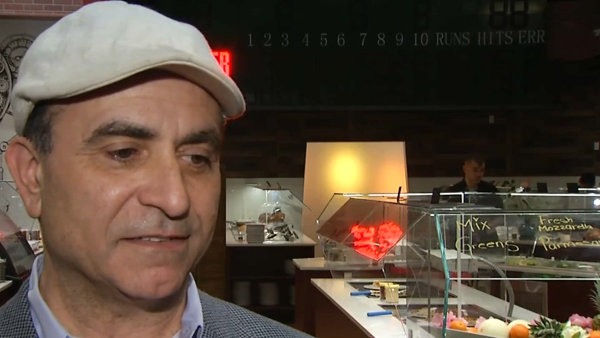 According to the complaint, the two men conspired with Hernandez to pay a series of bribes to Nuru in exchange for inside information and preferable treatment on city construction projects, including an asphalt plant on land owned by the Port of San Francisco. ProVen ultimately won that contract, though construction has not begun.

“The scheme to bribe Nuru focused heavily, though not exclusively, on an attempt to win a contract through DPW to operate an asphalt plant on land owned by the Port of San Francisco – an effort which lasted years and was still ongoing until Nuru’s arrest in January 2020,” federal prosecutors alleged in Thursday’s complaint.

The bribes allegedly included more than $250,000 in free labor and construction materials for Nuru’s Colusa County vacation home, a free tractor valued at $40,000, and lavish dinners.

“I estimate that Gilmartin spent in excess of $20,000 on meals with Nuru using a ProVen company credit card,” a federal prosecutor wrote in the complaint.

In a statement to his employees Thursday, ProVen Management President Alan Varela denied the corruption allegations.

"These charges are entirely unfounded, and believe strongly that we will prevail in court," Varela said.

In the statement, Varela told his employees the tractor provided to Nuru was a loan, rather than a gift, and said his company won the asphalt plant contract by submitting the strongest bid.

"The government has also falsely accused us of attempting to influence Mr. Nuru to award ProVen a contract to build and operate and asphalt recycling plant and concrete plant for the Port of San Francisco. In fact, the contract was awarded by the Port of San Francisco, an independent body, and was based on an objective point system in which the score for ProVen's public bid was almost twice the nearest competing bidder."

While Varela denied the allegations, the criminal complaint said Hernandez began cooperating recently with the probe after initially supplying them with false or misleading information.

Hernandez has a longstanding relationship with Nuru going back to his days as an employee at San Francisco Public Works. Emails obtained earlier this year by NBC Bay Area’s Investigative Unit also showed Hernandez and Nuru took a three-week trip together to South Africa in the Summer of 2014.

A call to the City Attorney’s Office was not immediately returned. The office is conducting its own parallel public corruption probe, though it’s unclear if ProVen Management turned up in their investigation.