San Francisco officials are taking steps to help ease fears retailers and shoppers have following recent robberies and thefts at Union Square, including a smash-and-grab at a Louis Vuitton store that has gone viral.

"These brazen acts will not be tolerated in San Francisco," Boudin said in a statement. "We have filed felony charges in every single arrest related to these incidents, and we are working with SFPD to identify others involved so we can hold them accountable."

Meanwhile, Mayor London Breed and San Francisco Police Chief Bill Scott continue to talk about strategies to keep the crimes from happening again. After a weekend that saw more than half a dozen mob retail robberies, the crowds seem to be staying away from shopping.

"We're hopeful that we will turn that image around," Breed said.

The Bay Area continues to get hit by organized retail theft in different cities. In San Francisco, some suspects are expected in court while in the East Bay, small businesses get hit more than once in one month. Bob Redell reports.

The smash-and-grab images from Friday's incident at the Louis Vuitton store and nine other nearby businesses made headlines nationwide, meaning tourists may also be rethinking their trips to places like Union Square.

"There's a lot of tough talk, but talk doesn't mean anything unless we can demonstrate that we've actually followed through on what we say we're going to do," Breed said. 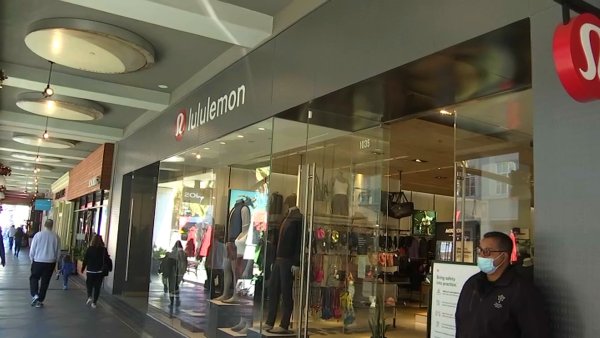 Eight suspects have been arrested for their involvement in Friday's thefts, with some of them being repeated offenders, according to police. At least 30 people are believed to have been involved.

San Francisco's police chief said he is confident more arrests will be made, but wants to see more accountability when it comes to prosecution.

"If I'm doing these type of things and I'm getting away with it over and over again, what's the incentive to stop doing it?" Scott said.

Here's how police plan to help deter crime at the shopping centers: