The Street Overdose Response Team, or SORT, is the third program the city has announced within the last six months to address people having health-related crises on city streets.

Just last week, Breed announced the new Street Wellness Response Team, or SWRT, for responding to well-being checks and situations that require medical or social assistance, but are not extreme enough to warrant police, including calls regarding people sleeping in the street or having obvious physical injuries. If funding is approved, SWRT could be implemented as early as January 2022.

In addition, the Street Crisis Response Team, or SCRT, launched in late 2020 and responds to non-violent mental health crises on city streets. Both SWRT and SCRT aim to serve as alternatives to police responses to 911 and 311 calls for non-violent behavior. 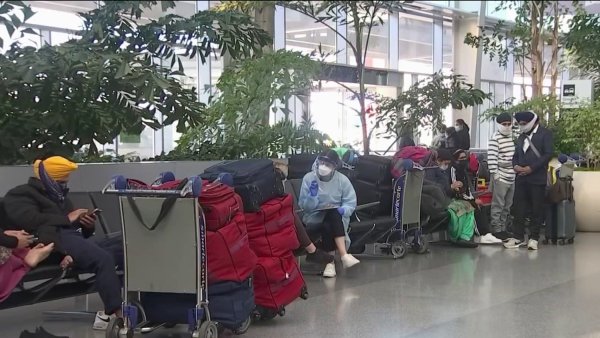 The latest program, SORT, would address non-fatal overdoses through a holistic approach, with an immediate response from the San Francisco Fire Department, followed up with clinical team members from the city's Department of Public Health, including both medical specialists and behavioral health specialists.

"The overdose crisis on our streets requires a wide range of approaches, including meeting people where they are in the moment when we can get them the help they need," Breed said in a statement. "By getting to people immediately and then being consistent with our follow-up, we hopefully can get them on the path to stabilization and to recovery. This, of course, needs to be paired with broader efforts to prevent overdoses from happening in the first place, and that is why we are continuing to increase the number of treatment beds and outreach efforts for people in crisis."

"This is a critical window of time when we can offer people life-saving medicine, show them that we care and have services on hand which they can access right then and there, and use it as an initial point of engagement in ongoing clinical services," SFDPH Director Dr. Grant Colfax said.

SORT would cost the city $11.4 million over two years, and if approved by the next budget cycle at the end of July, the program could be piloted as early as August.

The announcement to create SORT comes as last year the city saw 699 overdose deaths -- a historic high -- with synthetic opioids like fentanyl playing a major role in overdose deaths both locally and nationally.