Critics have blasted the DA, claiming his office has failed to hold criminals accountable

He and his supporters held an anti recall rally Thursday, just days before recall organizers must deliver their signed petitions so the city can determine if they have the support to trigger a recall election.

Supporters of Boudin showed up to show their support for the embattled district attorney.

“If our communities around the country, the state and this region can not clothe and feed their people, you don’t go after the one man who is trying to change the criminal justice system,” said Lateefah Simon, BART director.

The rally included community members, fellow politicians and labor leaders -- all calling for people to reject the push for a recall. 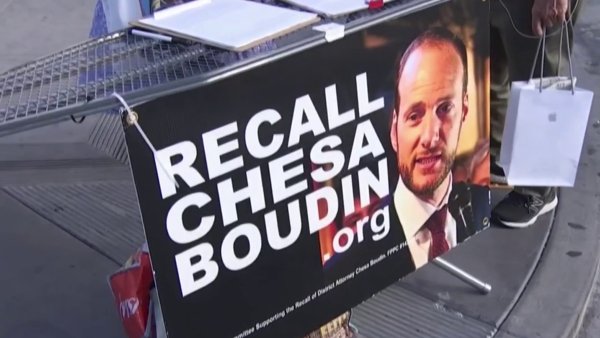 “The reason that so many of you voted for me in 2019 was because of promises I made you,” he said.

As he talked about the promises that got him elected, recall organizers are preparing to submit what they believe will be enough signatures to trigger another vote.

“This has nothing to do with the facts or the real challenges our communities are facing this has everything to do with disrespecting the will of the people, but your votes matter,” said Boudin.

Critics have blasted the DA, claiming his office has failed to hold criminals accountable. In fact, some showed up outside the rally to counter-protest.

“They feel like they have been cheated and their backstabbed because the policies that Boudin has been implementing have been very hurtful for our community so that’s why I'm here,” said recall supporter Leanna Louie.

Supporters disagree and say he is doing just what he promised and reforming a broken system.

“This is recall madness and we have to stop it or this just the new way of life and truth doesn’t stand in the way, respect for the voters,” said Leno.