Caffe Trieste, San Francisco's iconic high temple of coffee in North Beach, is marking its 65th anniversary on Thursday, a milestone that seems even more noteworthy after surviving through the pandemic and temporary closure.

San Francisco's Board of Supervisors declared Thursday "Caffe Trieste Day" in San Francisco, and the cafe planned to hold several low-key events, including a socially distant gathering on Thursday afternoon to accept the city proclamation.

"It's been a home for eclectics, for poets, for neighbors of every stripe, for tourists from around the world," said San Francisco Supervisor Aaron Peskin.

The cafe was opened in 1956 by Giovanni Giotta, an immigrant from Northern Italy who missed the coffee of his native land and began serving up – from his digs at the corner of Vallejo and Grant – what some consider the first espresso on the West Coast. Giotta died in 2016 at the age of 96.

"He really wanted to bring that culture here, so when he had the opportunity to open the cafe, he jumped on it," said Giotta's granddaughter and current co-owner Ida Pantaleo Zoubi. "It became a dream of his."

Since opening, the cafe had never closed more than a day – not even for Christmas. But that streak came to an end on March 16, 2020 when six Bay Area counties, including San Francisco, issued a stay-at-home order, shuttering most businesses in order to prevent the spread of COVID-19. Zoubi closed the cafe for nearly two months out of concern for her staff and customers. The closure left the neighborhood jonesing for potent cappuccinos and the spot many consider North Beach's living room.

"We didn't know, and no one really knew what the magnitude of the pandemic was," Zoubi said. "So, we closed to see where we're at."

After a long, deep breath, the cafe reopened in early May of last year. Its well-worn interior, jukebox loaded with Italian music and mural depicting the Italian seaside town of Trieste remained closed off to customers – with the front door transformed into a to-go counter. Two large parklets now occupy the parking spots out front, yet seem to continue the cafe's bohemian spirt with regulars gathering to dissect the day's news or local drama.

"The entire neighborhood's life plays out inside and outside the Caffe Trieste," said Peskin, a Trieste regular.

Zoubi said the cafe is waiting to reopen its interior until she feels it’s safe. She said the significance of the anniversary is not lost on her, especially at a time when many longtime Bay Area businesses have closed permanently in the pandemic. In the darkest times, she said she could hear her grandfather's words and spirit: "Be strong and keep doing it."

"There's a lot of businesses that couldn't reopen and really suffering, and some shut down," said Zoubi. "So, I think we're more one of the fortunate ones. We were able to be open and serve our community in a safe way and still survive through this."

On a recent day, 30-year Caffe Trieste employee Paul Maedje poked his head out through the plexiglass shield covering the front door, taking orders for lattes and Americanos and chatting with longtime regulars.

"Everybody's like a family," he said during a rare lull. "I think it's pretty unbelievable that we survived." 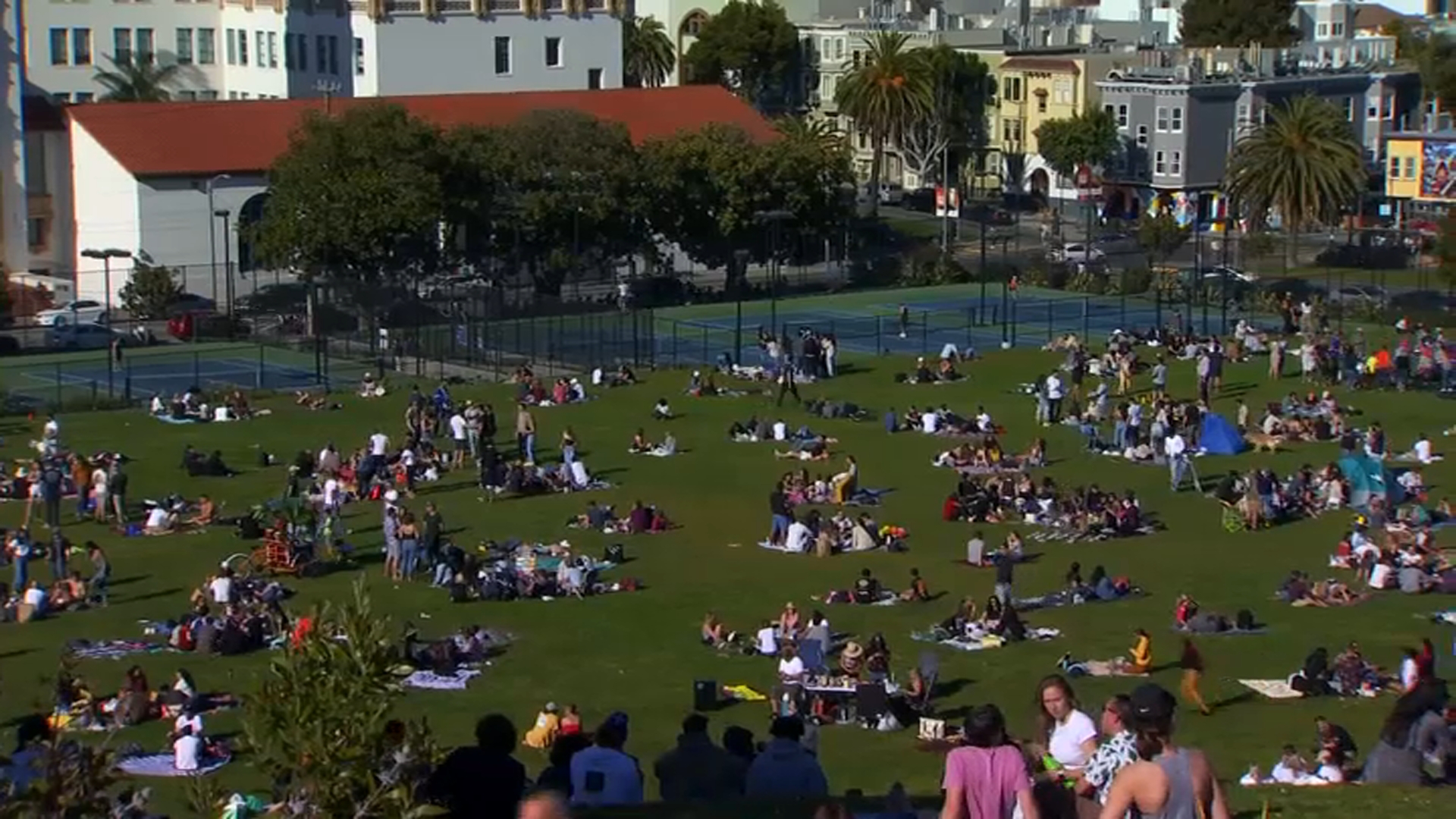 Are We Opening Up Too Much, Too Fast? Fearlessness of COVID-19 Worries Experts