The Sharks game against the Blackhawks on Sunday evening had everything. Unanswered goals, missed calls, and both starting netminders out of the game before the first intermission.

After a loosey-goosey start that put them in a two-goal hole, the Sharks tightened up their game, roared back against a downtrodden Blackhawks squad and left Chicago with a 7-3 victory. 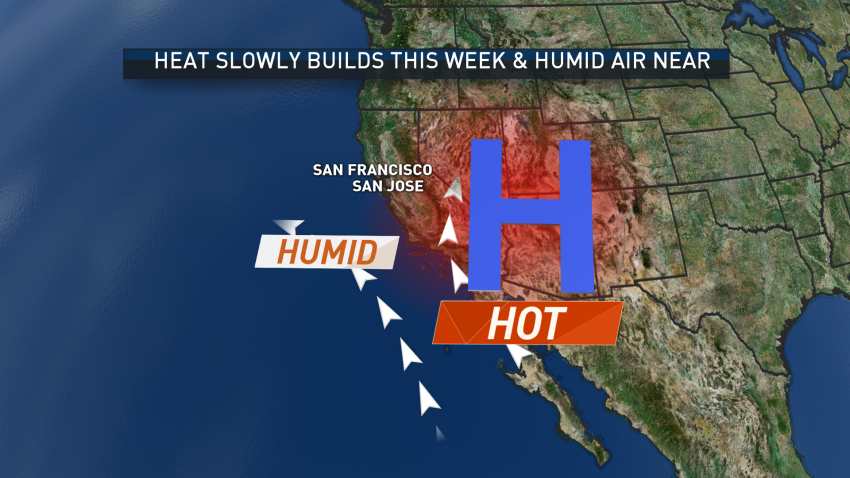 Excessive Heat Watch This Weekend for Parts of the Bay Area

Here are three takeaways from the whacky game:

It started at the end of the first period when San Jose was on the penalty kill with both Evander Kane and Timo Meier in the box. The kill carried over into the second stanza, and the Sharks clearly gained momentum from it. The Blackhawks visibly began to unravel, which led to David Kampf going to the sin bin for playing with a broken stick. That’s when the Sharks’ power play took over, and after a shift with really good puck movement, Kane found the back of the net.

Second period magic: The second period has given the Sharks major headaches this season. But on Sunday, their second 20 showcased the things that make San Jose successful.

After a first period where Chicago’s speed dominated the game, San Jose tightened up and got back to playing a more detailed defensive game. The shift in their game interrupted Chicago’s flow, and the Blackhawks began struggling while hemmed in their own zone. The result: three unanswered goals that gave the Sharks a 5-3 lead before the second intermission.

Goal-front presence pays off: One aspect of the Sharks’ offense that is really paying dividends is their presence in front of the opposition’s net. Posting up in the goaltender’s grill is perfect for rebounds and redirects -- which is exactly how the Sharks scored their goals on the evening.

San Jose’s fourth line was particularly good in this area. They were really good in many areas, to be honest, but the way they posted up in front of Chicago netminder Cam Ward was especially impressive. Barclay Goodrow was in perfect position in front of Ward to redirect Justin Braun’s laser of a shot from the blue line in the second period.