A lawyer for a sex workers' advocacy group asked a federal appeals court in San Francisco Thursday to overturn a 145-year-old California law that criminalizes prostitution.

"I believe people in this country have the right to act this way and to make a living this way," attorney Louis Sirkin told a three-judge panel of the 9th U.S. Circuit Court of Appeals. 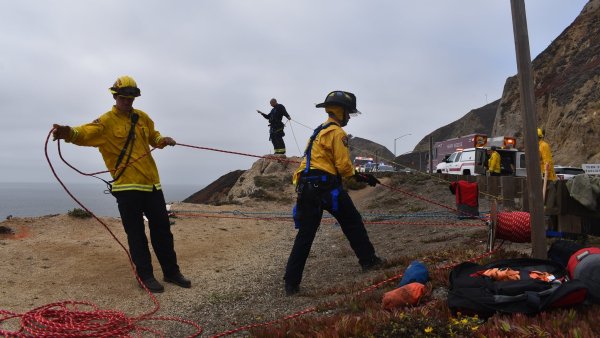 They claim the law, first enacted in 1872 and amended since then, violates their constitutional due process right to liberty and their right to free speech.

They are appealing a ruling in which U.S. District Judge Jeffrey White of Oakland dismissed the case last year.

The appeals panel took the case under submission after hearing about 30 minutes of arguments. It has no deadline for issuing a ruling.

"Why is it illegal to sell something that it's legal to give away?" he asked Deputy California Attorney General Sharon O'Grady.

O'Grady, defending the law, argued that the Legislature had a rational basis for criminalizing commercial sex to deter violence against women, sex trafficking, drug use and transmission of sexual diseases.

Bea also questioned Sirkin when he sought to cite a landmark U.S. Supreme Court gay-rights ruling, Lawrence v. Texas of 2003, as support for the appeal.

In the Lawrence case, the court by a 6-3 vote struck down a Texas sodomy law, saying that consensual sexual conduct was part of the "personal and private life of the individual" protected by the due process liberty right.

Bea asked, "What is the interest protected by due process? The conduct or the relationship?"

"I believe it is the conduct. We have voluntary individuals who want to engage in sexual activity," Sirkin answered.

Judge Jane Restani, a visiting U.S. Court of International Trade judge temporarily assigned to the appeals court, suggested that the Lawrence decision concerned "how to conduct private lives" rather than brief sexual encounters.

O'Grady said, "The state is not telling anyone who they can sleep with," but argued that banning commercial sex is "an easy place to draw the line" to protect against violence, drug use and trafficking.

The state attorney noted that prostitution is illegal in all states, except some Nevada counties, and said it is up to the Legislature to make any changes in the law.