A 27-year-old San Francisco man was cited and released in an alleged homophobic-laced attack early Sunday morning, and now the incident is being investigated as a hate crime, according to the San Francisco Police Department.

At about 12:50 a.m. Sunday, officers from the city's Southern Station responded to the 500 block of Howard Street on a report of a battery, police said. Upon arrival, officers found a 23-year-old man and a 21-year-old man who told them they had been struck in the face by another man.

The victims told officers the suspect made a homophobic slur prior to the attack, police said. 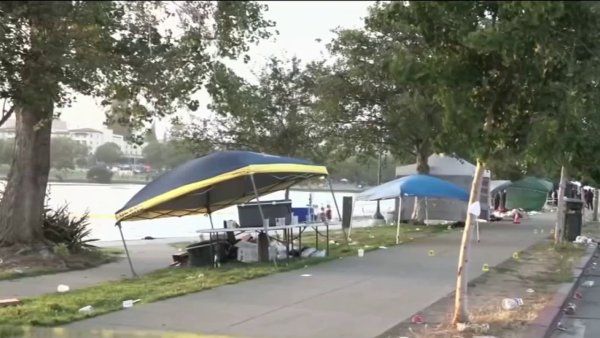 The suspect, Griffin Murray, was stopped and detained nearby. He was cited and released on two counts of misdemeanor battery.

The president of the Contra Costa Young Democrats said the two victims are members of the organization, and they had gathered with other members at the Southside Spirit House after attending the state Democratic Convention.

"They felt safe and at a Democratic event in SF, one of the most forward thinking cities in the country, and still they weren't safe," Jonathan Bash said.

The victims said Murray called them a homophobic slur and then slapped one of them in the face and beat the other until he was bleeding from the head.

The San Francisco Special Investigations Division (SID), which oversees hate crime investigations, was assigned the case. SID investigators will be conferring with the District Attorney’s Office about the incident.