SF Evacuees Return to Homes and Cars After Building Scare

Hours after 16 buildings and surrounding streets were evacuated Wednesday in San Francisco due to an unstable structure on a high-rise, people were allowed to go back in - but only if they had a very good reason to go there.

About 8 p.m., more than three hours after the evacuation, people started filing back into the area around 41 Tehama St., where a structure became unstable on the 30th floor of a high-rise. It was the end of a tumultuous evening that turned SOMA upside down.

Evacuees met at Second and Howard streets. One man had been waiting an hour to go home. 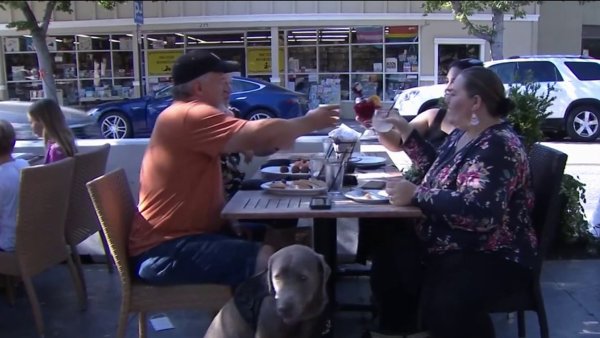 "Have to keep cool, trust the fact that the city has this under control and the information," said evacuee Joseph Asaro.

Firefighters provided escorts after checking identification of those wanting to return to the area. Some were in a hurry to get home.

"Luggage. I wanna get my luggage for my flight, that's it," one evacuee said.

Earlier, police blocked off several streets in all directions from where it appeared that the structure might topple.

"I'm trying to get home," said Ajay Gopal. "I just left work, and I guess I have to find a different way. I'm taking an extra 10-minute reroute to get to BART. I'm surprised they closed so many blocks off."