Amid a surge of COVID-19 cases in San Francisco -- with the city seeing more than double the number of cases seen at this time last year -- city officials on Tuesday said they're prioritizing city services in an effort to prevent staffing shortages.

According to the San Francisco Department of Public Health, currently, the city is seeing some 829 new cases of COVID-19 daily on average, compared to just 373 cases per day this time last year.

Although 81 percent of city residents are vaccinated, the highly contagious omicron variant is contributing to the rise in breakthrough cases, although most vaccinated patients only experience mild symptoms, according to health officials.

"While we're seeing case numbers reach new highs compared to even the most severe levels during previous surges, we're in a much different place," Mayor London Breed said during a virtual briefing Tuesday. "The number of people in the hospital, while increasing, still remains below where we were last winter. And our hospital system has enough beds to handle what we expect to come in the next few weeks." 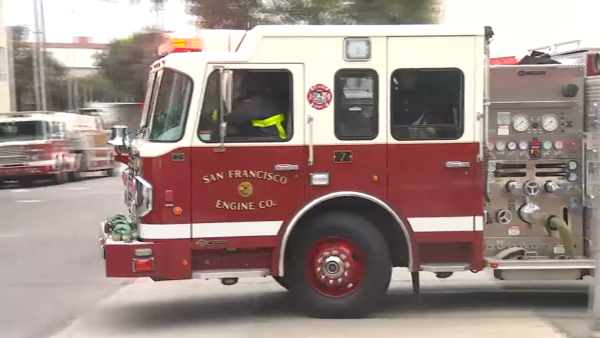 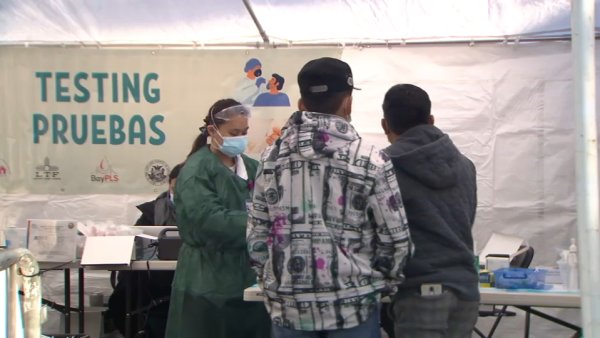 SF Residents Rush to Get COVID-19 Tests as Many Return to School, Work Monday

In an effort to preserve city resources amid a high demand for COVID-19 tests, SFDPH officials are asking residents to contact their private health care provider for testing.

Other efforts to preserve city resources include updating the city's Safer Return Together health order by requiring booster vaccine shots for health care workers, and temporarily suspending a mask exemption at gyms and offices, even with fully vaccinated groups there, to lower the virus' spread.

The city has also expanded hours at SFDPH vaccination and booster sites, among other efforts, city officials said.

"We're not shutting anything down; we're not closing businesses; this is not 2020. But we do need to do our part to prevent any frontline workers from getting sick at the same time. That means, we need people to take steps to avoid catching COVID-19 during our surge over the next few weeks," Breed said. "We have reason to believe this surge of cases, while intense, will be relatively brief."

"This biggest surge is taxing our city in new ways," SFDPH Director Dr. Grant Colfax said. "We believe that the height of this surge is upon us and that these next few weeks are critical."

"We will see large outbreaks and many people that we know and love are getting COVID," Dr. Colfax said, "however, it is within our control to limit the damage."

Limiting the damage is a goal the city wants to achieve by expanding testing sites, extending testing hours, even adding walk-in sites and sharing those locations on Twitter.

However, when NBC Bay Area visited some of the sites advised as walk-ups, turned out people needed an appointment to get tested.

Dr. Colfax mentioned hours of operation at testing sites may change depending on staffing needs. The city did admit that staff shortage is a current struggle as omicron cases rise.

"At this time, we're not canceling routes or changing schedules, but the SFMTA was having staffing constraints prior to omicron variant and the variant is stretching our ability to deliver service," said SFMTA Director of Transit Julie Kirschbaum. "Customers may experience longer wait times and we really appreciate everyone's patience at this time."

People are being asked to limit public gatherings, double up on face masks or wear an N95 mask and get vaccinated and boosted if haven't done so yet.