FBI and ATF agents are also at the scene investigating

Officials said at least nine people are dead, including the suspect, in the shooting. The gunman has been identified as VTA employee Samuel Cassidy. 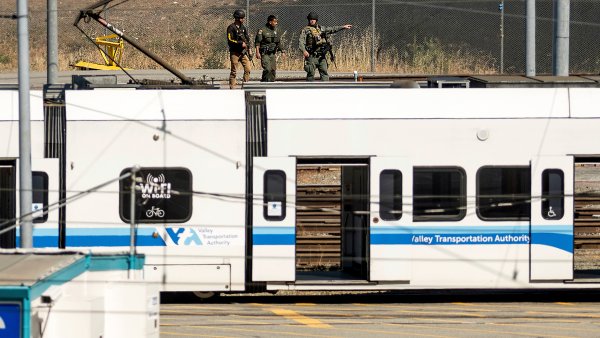 Officials are investigating whether a fire at the home located on Angmar Court was set before the shooting. It's possible Cassidy set the fire using a timed device to coincide with the shooting, law enforcement officials believe.

Fire department officials said responding crews found an empty gas can and smell of gasoline inside the burned home. Crews also found hundreds of rounds of ammo throughout the house.