The Great Mall in Milpitas was placed on lockdown late Friday after police responded to a reported shooting inside of a Burlington Coat Factory store.

Hundreds of officers from Milpitas police responded to the scene Friday but they have since cleared out.

According to Milpitas police, a report of a fight may have started the commotion and caused the panic that led to the lockdown and hundreds of people either ran out or sheltered in place.

Groups of people were coming out of the mall with their hands over their head after being cleared to leave by officers. It was a scene unfortunately many were used to seeing by now.

“We just saw a big crowd coming towards us and then we stopped for a second, looked at each other and were like ‘what’s going on,” said Isabel Murica of Newark.

Around 5:15 p.m., witnesses told NBC Bay Area that they saw a group of people fighting. Minutes later, they saw people running for the exits.

Johnny and Cindy Cruz were visiting from Texas when the incident happened.

“All of the sudden somebody yelled ‘shots fired, shots fired’ and then another lady in the store said, ‘close the doors.’ So they shut the iron doors down and they took us all in the back room of the popcorn shop,” Cindy Cruz said.

Police said after searching the entire building, they found no evidence of a shooting or any victims.

It’s the third incident that happened at Great Mall in three years.

The last one happened in December of 2020.

Murcia was there that night and Friday night and now she said is afraid to return after both incidents. She added that she hid in the back of a store with her boyfriend and young son.

“I’m not coming here no more. It’s bad, bad karma,” she said. “People were crying, people were praying. Some parents had to put shows on for the kids to stop crying. Just a very scary thing to go through."

Police said it took about two hours to clear the mall and let shoppers and employees back inside to get their belongings. 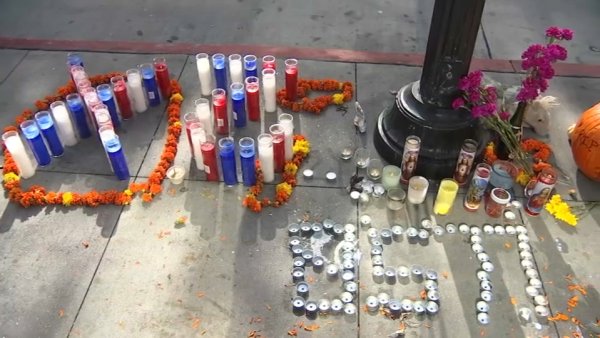