The city of San Jose became the first in California to require employees to get booster shots as part of its vaccine mandate.

San Jose's new rule also requires anyone working or attending a large indoor event at a city-owned venue to show proof of a booster shot or a recent negative COVID test.

The new policy is tougher on city workers than it is on the public. It will affect places such as SAP Center and its employees.

"We have been reluctant to go to events," San Jose resident Maddie VanAllsburg said about visiting the sports and concert venue. "I think this will encourage us to go there more. Just knowing that people around us at the event have taken necessary precautions." 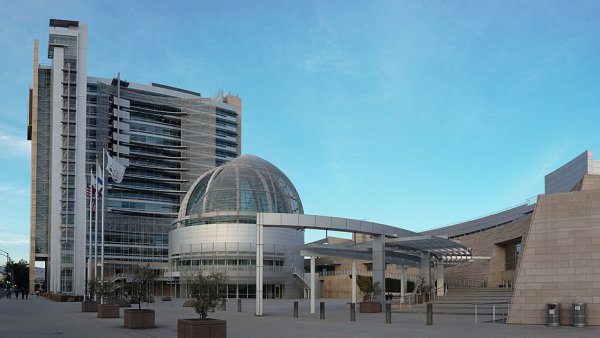 The policy will be more difficult for mega events such as San Jose Sharks games.

Gary Robinson, owner of a luxury suite at SAP Center told NBC Bay Area he is, reluctantly, on board.

"I always struggle with any government mandate that comes down on us, as you are probably well aware," he said. "But in here, when it comes to safety, I believe we got to err on the side of caution."

San Jose Mayor Sam Liccardo has been pushing for a worker booster mandate for weeks.

"The important thing is that everybody be 'up to date' and that is readily verifiable certainly by downloading information from the state website or with the help of a vaccination card," he said, explaining a worker booster mandate.

For the public, the policy now offers an option to show a negative COVID test if someone is not eligible for a booster or is unvaccinated. But testing is not an easy option.

"It is challenging to get a test,' said VanAllsburg. "So it'd be helpful if we could fix that problem."

The mayor said that's in the works.

"This may well be temporary because as we are able to get on-site testing up to speed, we're hoping to get that implemented in a matter of weeks," Liccardo said.

A lot of popular tourist sites like museums are still reviewing the policy since there are some exceptions that may apply to the type of attractions being offered.

Those places have until the first week of February to work it out.