The San Jose City Council voted Tuesday to pass a first-of-its-kind gun harm ordinance that will require gun owners to purchase liability insurance and pay an annual fee on their weapons.

The ordinance will require gun owners to pay roughly $25 a year as well as administrative costs to the city. Gun owners will also be required to maintain liability insurance in the event their gun is used for violence or a crime.

Opponents spoke out Tuesday about the vote, and the first lawsuit seeking an injunction was filed Wednesday.

"If San Jose adopts Mayor Liccardo's outrageous and unconstitutional gun control proposals, we will not hesitate to challenge the city's policies in federal litigation and take every possible action to block their enforcement," the Firearms Policy Coalition said in a statement.

Mayor Sam Liccardo, who introduced the two proposals last June after a Santa Clara Valley Transportation Authority employee killed nine of his co-workers and himself, likened the insurance requirement to motorists having car insurance.

"Gun liability insurance available today on the market can adjust premiums to encourage gun owners to purchase and use gun safes, install trigger locks and take gun safety classes," he said Monday during a briefing to discuss the proposal. 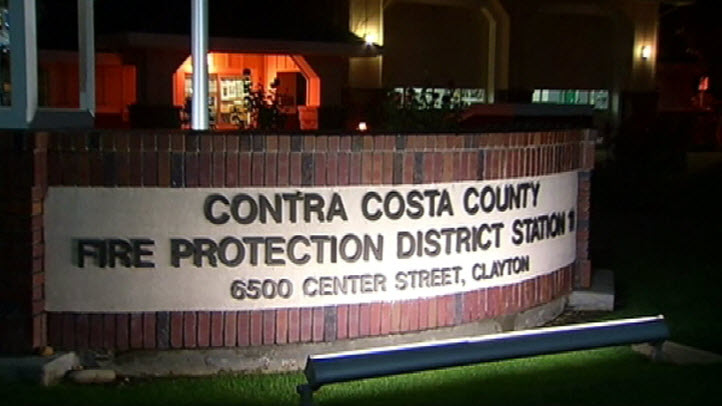 A study published in November by the Pacific Institute on Research and Evaluation found that San Jose taxpayers pay an average of $151 per year for each household that owns a gun, supporting gun violence response by law enforcement and medical personnel, shooting investigations, court processing and other services that are publicly funded.

When combined with the private costs to residents as a result of gun violence and crime, the study found that San Jose residents collectively spend an average of $442 million per year due to gun violence.

In a raw interview with "Today in the Bay" anchor Kris Sanchez, San Jose Mayor Sam Liccardo talks about the city's impending gun ordinance as well as its COVID-19 booster mandate.

Between 50,000 and 55,000 San Jose households own at least one gun, according to the study. The ordinance's fee will be charged per household and not per gun, Liccardo said.

"Certainly the Second Amendment protects every citizen's right to own a gun," Liccardo said. "It does not require taxpayers to subsidize that right."

The funding generated from the proposal's fees will support the work of a nonprofit that will seek to reduce domestic and gun violence.

The nonprofit, which has yet to be formed, includes officials from Stanford University Medical Center and Nextdoor Solutions to Domestic Violence.

"Between 2010 and 2019, in the 56% of women murdered in the U.S. were killed by a firearm and its time to shift the burden of the injury to people who carry guns," said Esther Perales-Dickman, Executive Director of Next Door Solutions to Domestic Violence.

San Jose gun owners could be required to purchase liability insurance and pay an annual fee on their weapons under an ordinance the City Council is expected to approve this week. Kris Sanchez reports.

Gun rights advocates had threatened litigation if the city follows through on the proposal, arguing that it is unconstitutional to require gun owners to pay a fee to exercise their right.

The foundation doubled down in September, touting that it was readying a legal complaint to be filed against the city if the ordinance is adopted.

"It will impose unlawful and unenforceable changes to the municipal code and most importantly, it will not stop gun violence," said Jonathan Fleming, Executive Director of Silicon Valley Public Accountability Foundation. "All this legislation does is punish the legal gun owners of firearms."

"Whether we're trying to organize a 501(c)(4) political advocacy organization or trying to file a lawsuit in civil court, we still pay fees, so this is nothing new," he said.

On the opposing end, Fleming says "taxing a constitutional right is illegal."

Now that it's approved, a second vote to ratify the ordinance will be held Feb. 8. The ordinance would then go into effect Aug. 8, 2022.