Face pressed to the street and eyes wide with panic, George Floyd was in handcuffs and begging for mercy. He feared he might die. His only hope was appealing to the humanity of the man threatening his life.

Humanity was denied by Derek Chauvin, the Minneapolis police officer whose left knee was resting on Floyd's neck.

Even with cell phones recording video, Chauvin didn't flinch. He didn't back off until Floyd's pleas went silent and he was unconscious. Moments later, he was dead.

Floyd had been subdued. Was not a threat. Yet he was subjected to further violence. So brazenly egregious was the brutality that visibly shaken Minneapolis Mayor Jacob Frey needed only a few hours to oversee the dismissal of Chauvin and three complicit officers. 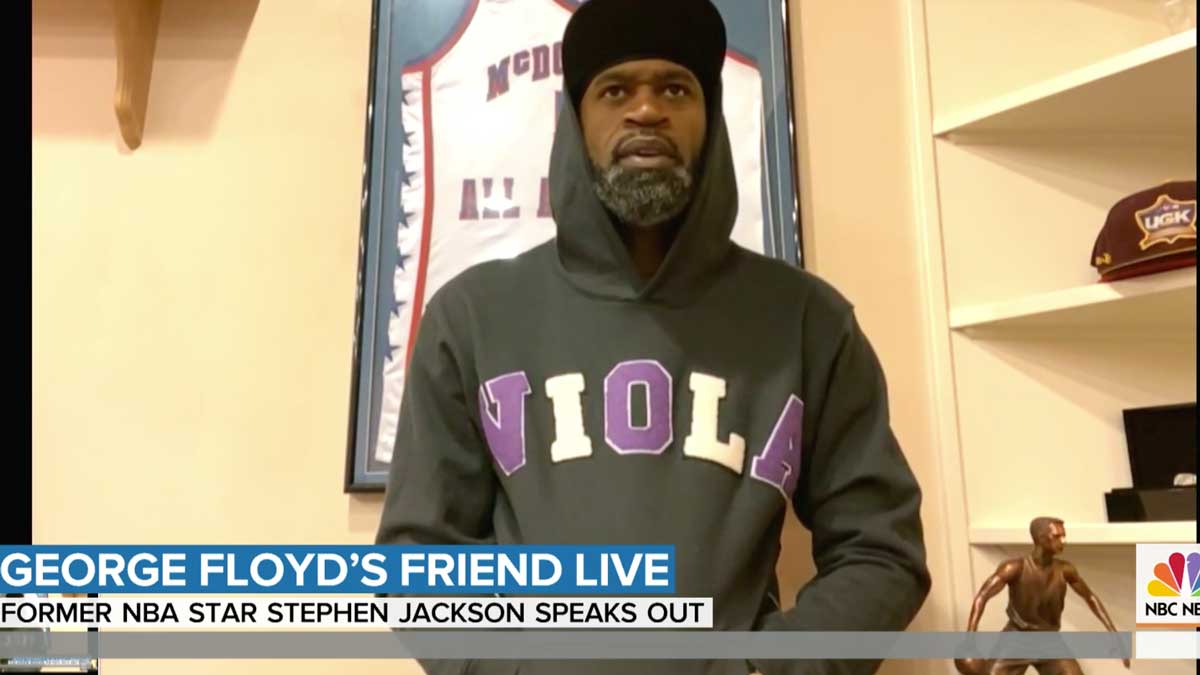 The video is a graphic illustration of police terror in plain sight. It's an example of the behavior that inspired former 49ers quarterback Colin Kaepernick to kneel in peaceful protest. If the reaction of high-profile sports figures is any indication at all, Floyd's death could prompt high-profile dissent to become louder and more visible.

"If this image doesn't disturb you and piss you off, then (I don't know). I've seen a lot of people speak up and try to articulate how fed up and angry they are. All good and well, but it's the same same same reality we live in. George Floyd. George Floyd. George has a family. George didn't deserve to die. George pleaded for help and was just straight up ignored, which speaks loud and clear that his black life didn't matter. George was murdered. George wasn't human to that cop that slowly and purposefully took his life away. #georgefloyd

The Floyd tragedy, coming three weeks after release of incriminating video of the vigilante shooting of jogger Ahmaud Arbery in Georgia, is but the latest reminder of America's inability to forcefully and effectively address systemic racism.

Protesters took to the streets of Minneapolis for the second night in a row to demand justice in the deadly arrest of George Floyd.

Warriors coach Steve Kerr, upon seeing the video, offered a response with broad implications. "This is murder. Disgusting. Seriously, what the hell is wrong with US????"

"This goes to something very deep in our nation's soul," Kerr told NBC Sports Bay Area on Wednesday. "There's definitely a responsibility of white people to stand up and say, ‘This is wrong.' But we also have a responsibility in this country to reconcile our sins. That needs to happen.

"Sometimes I hear people say, ‘What are you complaining about? Slavery was abolished 150 years ago.' They're missing the point. We haven't come to grips with it. If we had, we wouldn't still see Confederate flags flying around, whether it's at courthouses or at Trump rallies. I know some of those have been taken down over the past few years, but I feel there's never truly been reconciliation with the sins of our past."

Any decent history book reveals the United States was built on violence and suppression. Native Americans were massacred, their land seized. Slaves, most brought over from Africa, were treated as property to be punished or killed without a blink.

More than 100 years after the Emancipation Proclamation, blatant racial discrimination, most often symbolized by Jim Crow laws, still was the norm in the United States. Now, 56 years after the Civil Rights Act, racism continues. In three-plus years under Trump, there has been a resurgence in demonstrations of outright bigotry.

"I wish we had more outrage from the top," Kerr said. "But it seems like it's just the citizens who are expressing the most frustration."

Protesters marched onto the 101 Freeway in downtown Los Angeles on Wednesday to protest the death of George Floyd.

The highest offices in the land have exhibited no sustained, committed desire to take healing action. But some of the citizens, black and white, have a voice that carries further than others. And they are expressing outrage at the consistency of such incidents.

Curry and Kerr are repulsed that such a small privilege as life, much less liberty, still can be revoked based on skin color. So are Stephen Jackson and Kyle Korver. So are LeBron James and retired NFL star Chris Long and former WNBA star Lisa Leslie. They all see what Kaepernick saw.

In the end, Americans of every stripe must have to ask themselves a simple question: How much more barbarism are we willing to tolerate?