SF Chinatown Museum Reopens With a Punch and a Kick

When the Chinese Historical Society Museum flung its doors open in late April in San Francisco's Chinatown for the first time in two years - it came out swinging.

The museum reopened with a powerful exhibit on the life of Chinatown's most famous native son, martial arts master and actor Bruce Lee, born just a block away in Chinese Hospital. 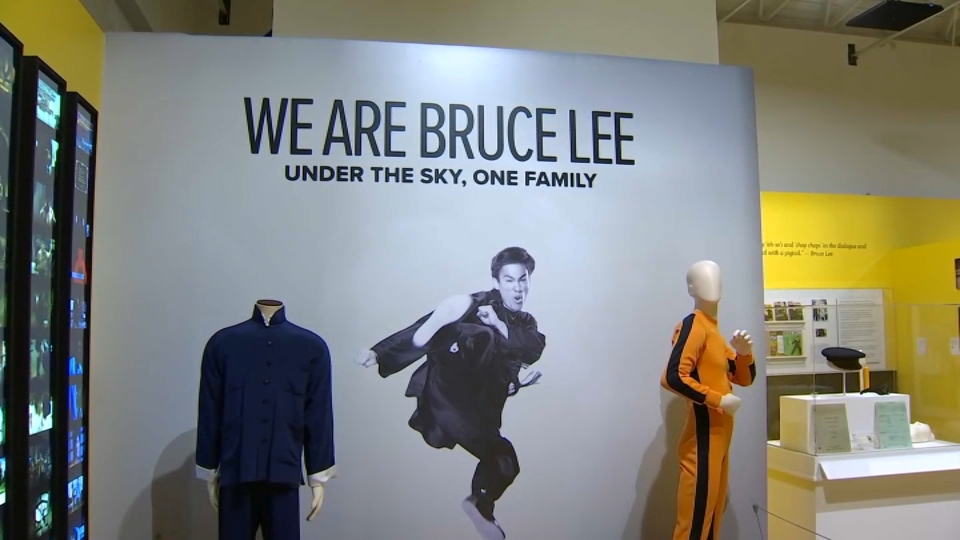 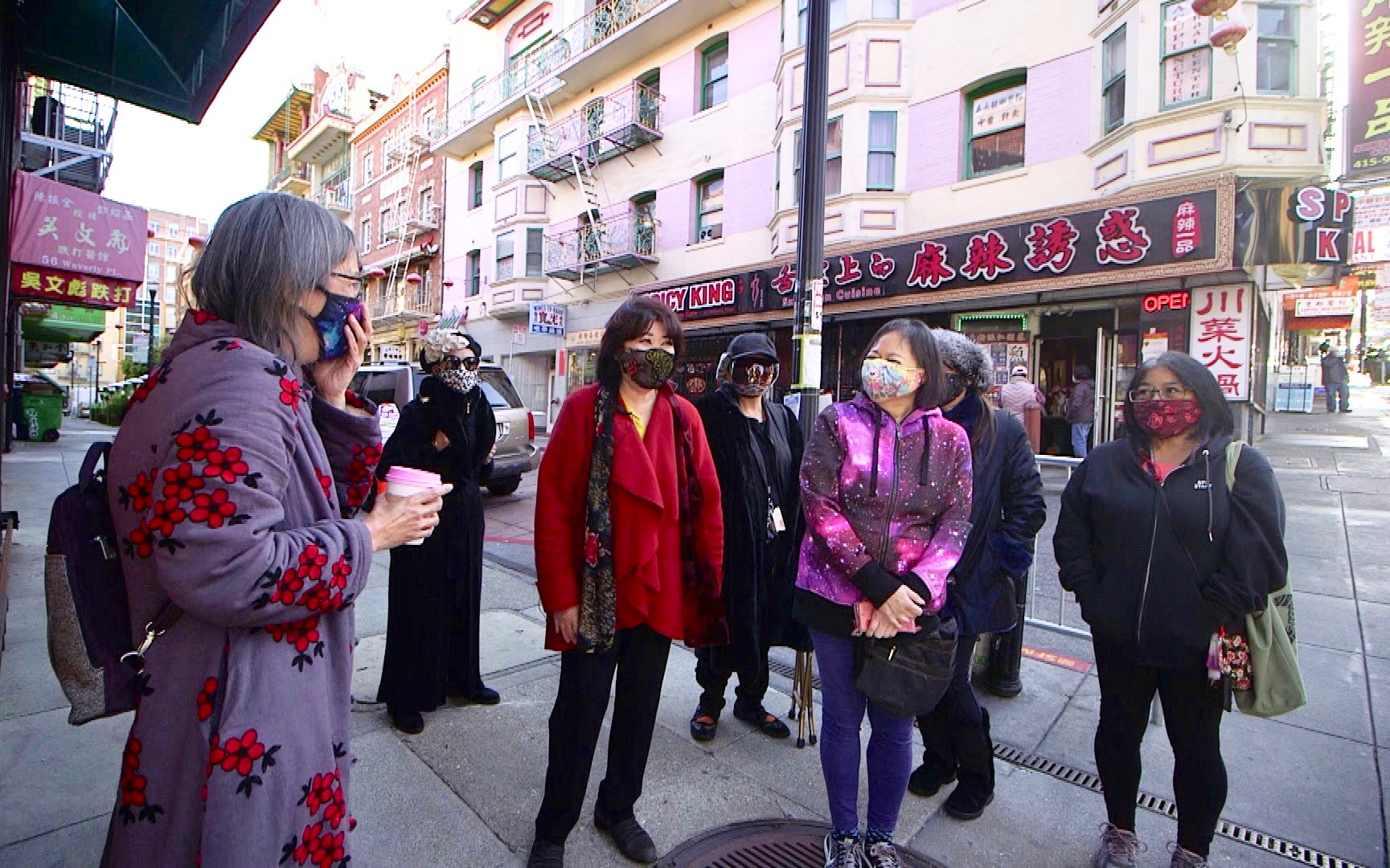 But following a two-year hiatus due to the pandemic, the museum also opened with a karate chop to its own mission statement, expanding its historical panorama to include other nationalities.

"We took it upon ourselves," said the museum's new director Justin Hoover, "to reimagine what the museum could be."

The museum's "reimagining" took the shape of physical changes; from expanding exhibit ceilings, to adding state-of-the-art projection equipment, to taking over an adjacent parking lot to hold community events.

But its rebirth is also something of a spiritual transformation.

In the days before the museum reopened in April, artists and workers were busily putting final touches on exhibits that displayed the brick building's expanded cultural perspective. Downstairs in a lower room, an African-American artist painted a scene that included a young Black girl along side a caricature of an Asian-inspired dragon.

Another wall featured three paintings by the first female Black Panther Tarica Lewis, depicting one of her ancestors, the legendary boxer Joe Lewis.

"It’s a pivot toward inclusivity of non-Asians as well," Hoover said, bounding through the exhibits in between meetings. "We’ve got a lot of African-American voices, got a lot of voices of artists of all walks of life."

The museum is still focused on its mission highlighting the history and experience of Chinese immigrants in Chinatown, which traces its roots back to Gold Rush times. In one room, behind glass sat a dark symbol of that immigrant story; the original 1902 document making the Chinese Exclusion Act permanent, along with the pen President Theodore Roosevelt used to sign it.

Hoover explained how the room where the document sits, is also a place for people to practice empathy -- including an instruction to write a message of "inclusivity" on a note card.

Visitors entering the museum will be most taken with its front and center Bruce Lee exhibit -- featuring movie memorabilia, pictures, Lee's quotes and a colorful state-of-the art light projection that bathes Lee in morphing visuals.

One section of the exhibit focuses on the racism Lee faced throughout his career, including a list of salaries from the Green Hornet, in which Lee starred as Kato, receiving the production's bottom salary.

On opening day of the exhibit, Lee's daughter Shannon Lee toured the roomful of artifacts, as videos of her father's movies played her father's martial arts scenes and images of the late-actor beamed from every angle.

The pandemic hit Chinatown hard, as businesses still struggle to recover. The long closure of the museum seemed to reflect the somber economic state of the neighborhood as its streets sat empty for more than a year. With street banners now trumpeting the Lee exhibit, there's hope it will give a swift kick to the neighborhood's recovery.

"Chinatown has been disproportionally hit by the pandemic in terms of reduced business," said activist Natassia Kwan. "And it's super exciting to see the excitement surrounding this exhibit -- bring that renewed energy to Chinatown."

Hoover, who was hired as director a year ago, is excited to see what the future will hold for the museum -- and its role as a cultural hub for San Francisco's famous neighborhood.

"I feel like this museum is just an anchor in the community," Hoover said. "People looked to it for many years to be a leader in not only education but community."

Hoover paused at a broken wooden sign reading "No Chinese or Dogs Allowed," which Lee smashed in the film Fists of Fury. Likewise, visitors are now asked to write their own message of oppression on a board, and smash it with a karate chop.

Hoover scribbled "fake news" on a board and then smashed it in two, yelling "karate chop!" as the blow was struck.

"Come in and you can do your karate chop," he laughed. "This is the only museum where you can break things."