Get Synced In with NBC Bay Area on Social Media

Watch local stories you care about at a speed that fits your life.

When it comes to local news, we’re keeping you updated on social media with a show that delivers the stories you care about at a speed that moves as fast as you do. Get local news, on-the-go with "Synced In" on Instagram, Facebook and YouTube. Follow @nbcbayarea on either platform and click on the Stories or IGTV icon to watch our host, Abbey Fernández, give you the news on a variety of topics as well as in-depth Q&As with NBC Bay Area's anchors and reporters. "Synced In" is also available in Spanish as "Conectados" on @telemundo48.

We would love to hear your feedback about the show!

Before joining KNTV in 2018, Abbey worked as a freelance reporter in Los Angeles and Orange County for several years. She graduated from Cal State Fullerton where she studied Broadcast Journalism and Hispanic Media. Abbey also served as the President of the university’s National Association of Hispanic Journalists chapter and remains an active member.

Abbey is from Texas and lived in Southern California for several years before moving out to the Bay Area. She enjoys going to the movies, engaging in outdoor adventures, spending time with her family and traveling the world with her spouse.

Keep up with Abbey on her social media: 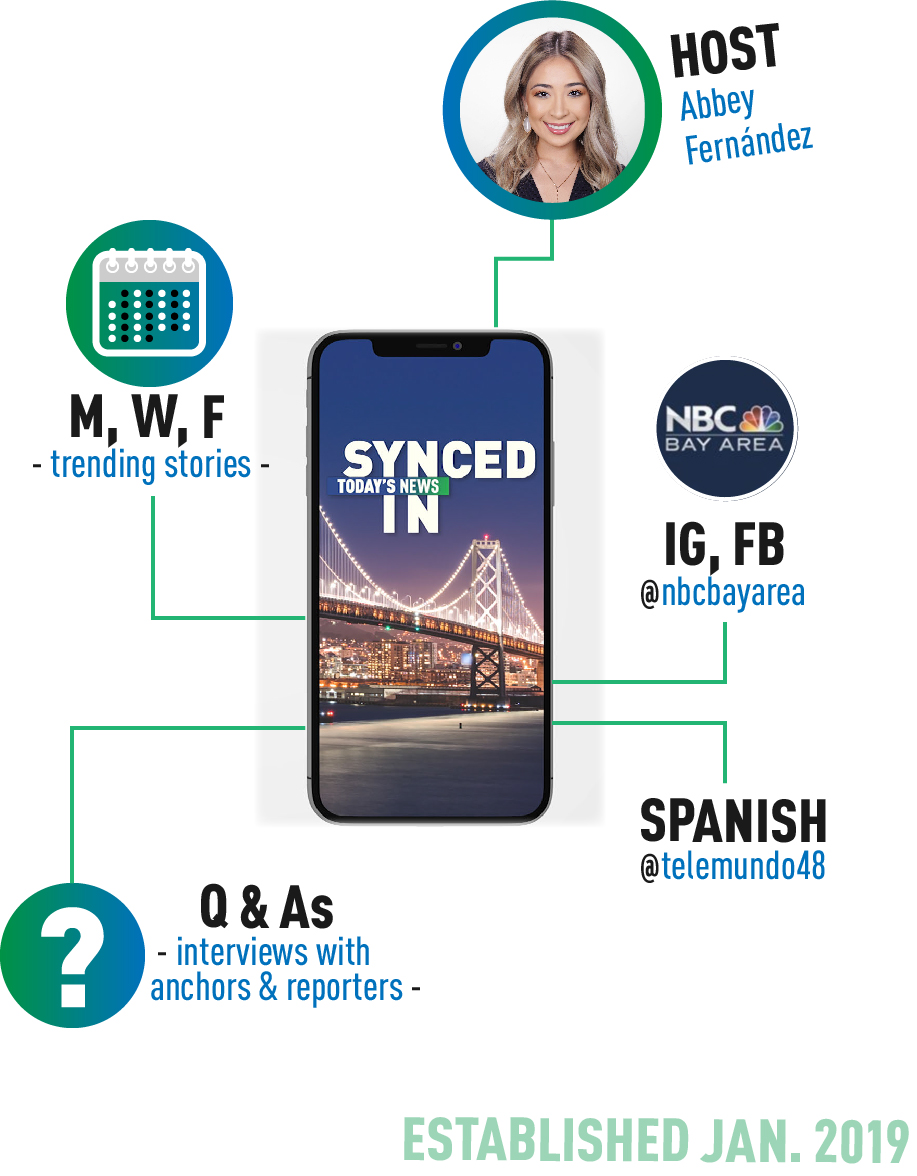