Tesla Motors Co. and a state-owned Chinese phone carrier announced plans Friday to build 400 charging stations for electric cars in a new bid to promote popular adoption of the technology in China.

Plans call for China Unicom Ltd. to provide space for construction and basic services in 120 cities while Tesla, based in Palo Alto, California, operates the stations. The two companies also will build 20 "supercharger stations" in 20 cities to offer high-speed charging.

Promoters of electric cars see China as a promising market due to Beijing's support for the technology and eagerness to reduce smog. But the lack of charging infrastructure in this vast country is seen as a major hurdle to winning general acceptance.

Prior to Friday's announcement, Tesla had 200 charging points in China. "This cooperation will accelerate the Tesla charging network nationwide," said a company spokeswoman, Peggy Yang, in an email.

Another automaker, Germany's BMW AG, announced plans in May to set up 50 charging stations in partnership with State Grid, China's biggest state-owned utility, and a real estate developer.

Chinese leaders want to develop an electric car industry and called in 2009 for annual sales of 500,000 electric cars by 2015 but have scaled back those plans. The country has about 78,000 electric vehicles on the road, mostly public buses and taxies. 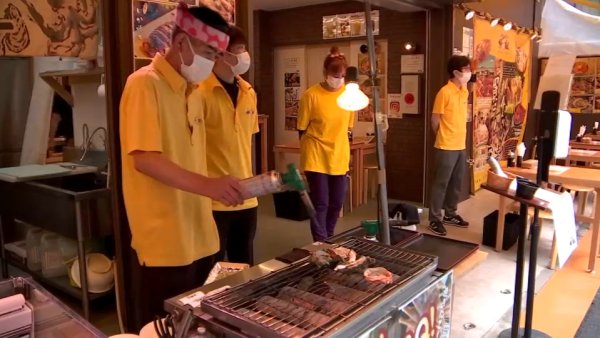 Industry growth has been slow partly due to rules that limit market access unless foreign manufacturers share technology with Chinese partners that might become rivals. In July, the government announced buyers of electric cars will be exempt from a 10 percent sales tax on automobiles.