The End of Doyle Drive

When the Golden Gate Bridge opened in 1937, it was greeted with plenty of hoopla and fanfare. There were parades, car processions and thousands of people walking over the Golden Gate Strait below.

But in the year before that ceremonious day, the bridge’s Southern approach, Doyle Drive, opened to little notice. While the bridge was hailed as an elegant, engineering marvel, Doyle Drive was regarded with all the accolades due a screwdriver.

In May, the Golden Gate Bridge will mark its 75th anniversary with picnics, concerts and a massive civic celebration. Doyle Drive, will be nothing more than a heap of rubble.

“It’s definitely the next door neighbor,” said Molly Graham of the Presidio Parkway Project. “It is not as beautiful by any stretch of the imagination.”

This weekend's closure and demolition will allow planners to shift traffic from the old bridge, onto the half-built Presidio Parkway. With Doyle Drive out of the way, workers will then begin building in its place, the Northern approach of the Presidio Parkway. 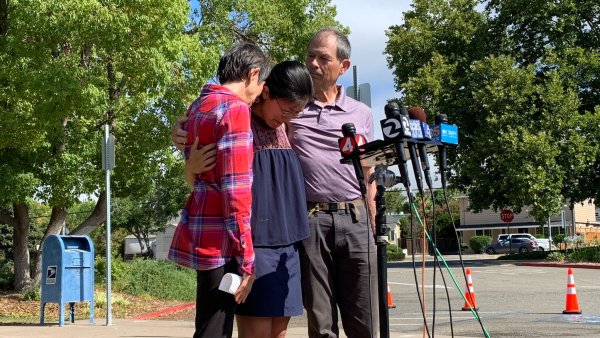 But during its lifetime, the approach was indeed useful. Crews used Doyle Drive to haul materials as they constructed the Golden Gate Bridge. It delivered drivers to and from its famous neighbor. But even in its conception, Doyle Drive had plenty of to overcome – as it was built at a time when the Presidio was still an active Army base.

“They didn’t really care about aesthetics, they didn‘t care about access to the Army base,” said Dave Pang, an engineer with the Presidio Parkway Project. “Actually they wanted to keep people out of the Army base.”

Now that the Presidio is a National Park, planners of the new parkway took an opposite approach. The new roadway was designed to blend into the lush interior of Presidio. Twin grass-covered tunnels will replace the 1930s concrete and steel, now deemed one of the nation’s most seismically unstable bridges.

“It’s going to come down by our own plans,” said Pang. “Or mother nature will take it down eventually.”

Demolition crews will work with all the speed and ferocity of a good-sized shaker in taking down the old structure. They’ll have about 57 hours to undo what took years to build. Crews will even employ some of the same heavy machinery used to dismantle the World Trade Centers after the 9/11 attacks.

In the end, Doyle Drive, named for early transportation advocate Frank Doyle, will fade into memory. Even Doyle’s name will be replaced by the new structure’s sleek-sounding moniker, Presidio Parkway.

But there will be few tears for the old concrete beast, often called “blood alley” because of its propensity for head-on accidents. And instead rise a roadway that’s a more fitting opening act, to the main attraction next door.