Thick Fog in the North Bay

Advisories in effect this morning for all bridges.

Three more Bay Area bridges have been issued a fog advisory, as  parts of the region are enveloped in a thick fog this morning, according to  the California Highway Patrol and National Weather Service.

A fog advisory is in place for the Carquinez, Benicia and Bay  bridges. Earlier this morning fog warnings were issued for the Dumbarton and  San Mateo bridges, the CHP said. 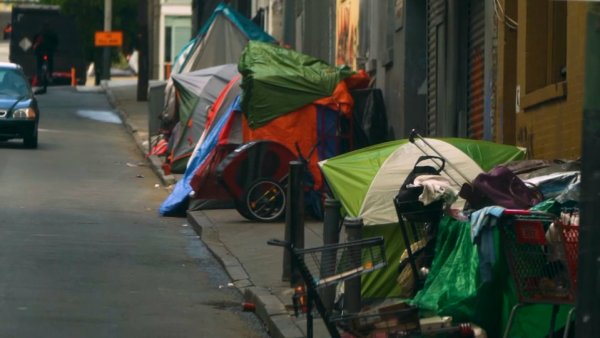 SF Homeless Camp to Be Removed, Advocates Say Residents Have Right to Stay

San Francisco should see some clearing starting at 2 p.m., Oakland around 1 p.m. and San Jose around 10 a.m.

As of 4:55 a.m. the advisory on the San Mateo Bridge was lifted,  according to the CHP.

Drivers on the Bay Bridge are experiencing heavy fog conditions  and the CHP reports the bridge's lights are out on the eastbound side, as of  4:12 a.m.

A dense fog advisory has been issued early this morning by the NWS  for North Bay interior valleys. The alert is in effect until 9 a.m.

Visibility is down to a quarter mile and in some areas is only at  an eighth of a mile, weather officials said. Drivers are advised to slow down  and use headlights in the fog.