The federal mass vaccination site at the Oakland Coliseum is set to shut down April 11, but there's hope it could stay open beyond that date.

Late Monday afternoon, a spokesperson for Vice President Kamala Harris said FEMA has officially offered to extend its stay at the Coliseum and is in "discussion" with the state and county to do so.

Earlier Monday, Sen. Alex Padilla toured the site and said he was working to get FEMA to stay longer. When asked if he could say for certain that the site would remain open, Padilla offered a confident "maybe."

"The contract with FEMA is through this Sunday, this coming Sunday, but we have a commitment to figuring out how to extend the life of this facility," he said. 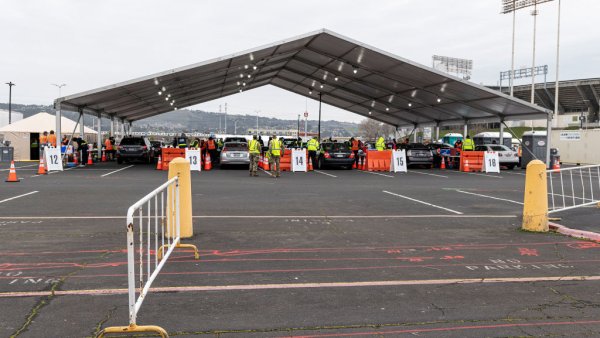 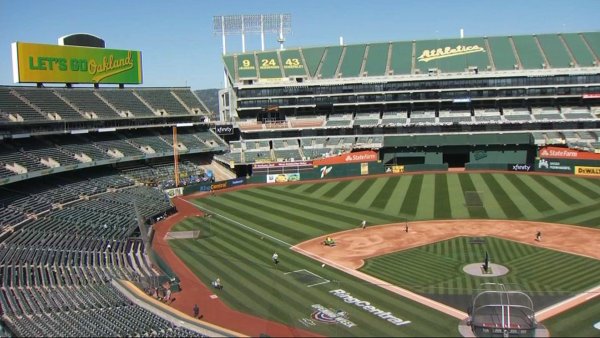 What to Expect: Attending an Oakland A's Game During the Pandemic

It’s ultimately up to Alameda County to keep the site going, which, according to officials, depends on a number of factors. It's all coming at a time when eligibility for the vaccine is set to expand in a matter of weeks.

"We’re really worried when we just do this astronomical opening on April 15 that without a site like this, we will not be able to meet people’s expectations," Alameda County Supervisor Wilma Chan said.

Chan, speaking alongside Padilla, said a few things need to happen in order for the site to remain open, including more vaccine supply, costs to cover site maintenance and enough workers to handle the vaccinations.

"It’s never done until it’s done," Chan said. "The fact that the senator came all the way out here to give you all that message that he is working on something to continue it gives me some hope."

race for a vaccinecoronavirusCOVID-19Oakland Coliseum