A video that shows 14 San Francisco Police Department officers detaining a man with one leg has gone viral, joining the national conversation about the use of excessive force by law enforcement.

In the video, at least five uniformed SFPD officers can be seen restraining the man, who is handcuffed, right next to the BART train station stairwell across from the Bargain Bee store on Market Street. At one point, LaBouvier can be heard saying: "What are you doing? ... Wait, you're on his prosthetic leg?" as officers ask bystanders to "back off." More officers can be seen arriving as bystanders shout, "He's done nothing wrong," and "Is that how you guys treat handicapped people?" 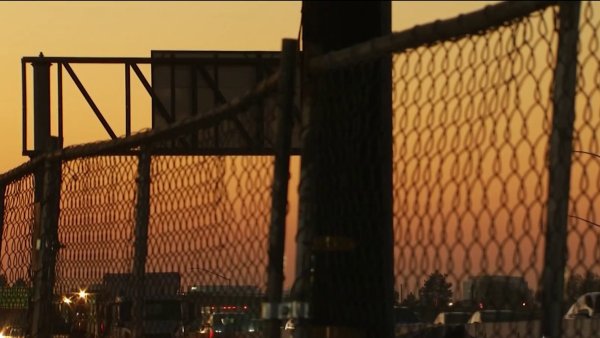 SFPD did not immediately respond to requests for comment. The video has been shared widely online, including YouTube, Facebook and NowThisNews, where it has been watched hundreds of thousands of times.

"If that's policing a man who's handicapped and half naked on the streets, you're not policing, you are doing your job all wrong. I'm a member of this community and I don't feel protected," LaBouvier can be heard telling officers.

The man can be heard telling officers to get off his leg, at one point groaning: "Get off my leg, I have a _____ infection on my leg."

LaBouvier's piece has received mixed reactions from readers, with some telling her not to jump to conclusions. Others asked why it would need 14 police officers to restrain a one-legged man.

LaBouvier wrote on Medium she recorded the incident on August 4 during lunch hour in the mid-Market area. She says that although the incident didn't take place right outside Twitter's headquarters on 8th Street, that's where the incident started.

"A limping Black figure, wearing black, increasingly cornered by a wall of blue. By the time I had crossed 8th street, I was pulling out my phone as fast as I could," LaBouvier wrote.

According to LaBouvier, witnesses said somebody had called to report someone waving sticks. By the time she arrived where the man (she calls him "Joe Bland") was, several officers had arrived on the scene and forced the man to the ground. That's the point at which LaBouvier started filming.

"And they held him down, much of the time half-naked, for at least half an hour on one of San Francisco's busiest streets," she wrote.

LaBouvier wrote that the "sticks" were simply his crutches: "From my vantage point on the shore of 8th street, I could see the man reluctantly hand over his crutches," she wrote. "The man, it turned out, only had one leg; the other was a prosthetic. It is often twisted and backwards in the video. And this was the crux of the heightened tension between the police and Joe Bland; they wanted his crutches and he did not want to give them away. 'What are you doing this for?' he asked so many times.'These are my crutches. I use these to walk.' He repeats this throughout the footage. An officer can be seen at the 5 second time-mark stomping on the man's prosthetic leg. In further efforts to subdue a man already on the ground with four people on top of him, they stood on his leg, held it, and twisted it around even after they had cuffed him and pinned him to the piss-stained concrete."