Warning: The video above have sounds and images that may be disturbing to some of our viewers.

The images and sounds give us the clearest sense yet of the frantic search for a shooter.

The newly-released video includes surveillance from various parts of the facility. There are certain portions we made a specific decision not to show including no shots of the gunman and only blurred pictures of victims being treated.

East Bay Congressman Eric Swalwell joined state and local officials in Union City Friday for a memorial for the victims of the VTA massacre last month. This as the NBC Bay Area Investigative Unit gets exclusive access to new security camera video and dispatch audio of that fateful day. Sergio Quintana reports.

It was sounds of gunshots and reports of a gunman that brought Santa Clara County Sheriff's deputies and San Jose police to rushing into the Valley Transportation Rail yard on the morning of May 26.

Fast responding deputies and officers arrived within minutes and approached the active shooter scene using a sheriff vehicle as a shield.

Most surveillance videos from inside the building did not show the panic and we chose not to show scenes with people inside, since it's unclear whether they all got out.

None of the video released by VTA shows the actual shooting. It's unclear if VTA does not have surveillance cameras where the shooting happened or if the agency did not release the video.

But the VTA radio traffic did capture the concern and composure as VTA workers trying to figure out what was going on in the midst of the chaos. 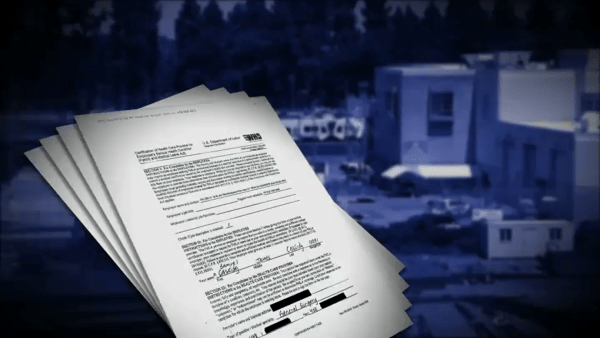 Both groups staying calm even as employees heard the gunfire get closer.

In the end, nine workers were killed by co-worker Sam Cassidy before he took his own life. The sheriff’s department continues to pour over the same videos trying to find a motive.