The Sikh community in San Jose is mourning the loss of their brother and hero Taptejdeep Singh, one of the nine victims who lost his life in the VTA mass shooting on Wednesday.

At a memorial Saturday evening, the faith community also calling for change when it comes to preventing mass shootings.

Taptejdeep Singh’s brother, Karman Singh said the pain of losing his older brother runs deep and hasn’t gotten any easier as the days go by.

But he is proud of how his brother lived out his last moments. “Did you hear from your brother in those last moments? I wish I did,” he said.

“But his focus was saving other people. His focus was the people around him. What he could do to save them. Not focused on his own life.”

Karman Singh is also comforted by his faith community. Like the one that gathered outside the Sikh Gurdwara Temple in San Jose. 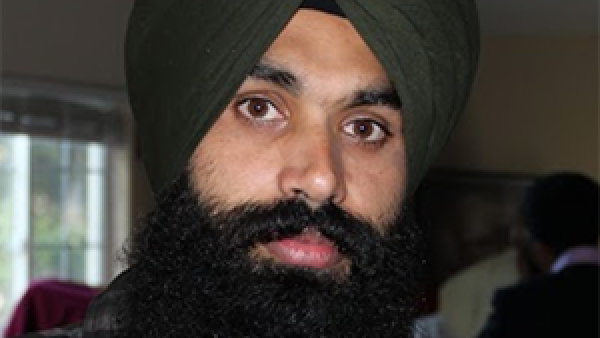 The temple opened its doors for a memorial and welcomed victims’ families, friends and those united in grief. Janelle Aguirre, sister of victim Michael Rudometkin said the reality of their loss has not sunk in.

“Never in my wildest dreams did I think this would happen in San Jose, or anywhere this shouldn’t happen. we’re distraught, sad devastated, lost.,” she said.

But through sharing memories, uniting in prayer, and finding strength in embrace. Those who gathered were comforted and committed to making changes for the better.

Board members and the director of the temple and called on local politicians to make substantial changes to prevent such tragedies.

“What should we do in the future to avoid these types of incidents?” said Sukdev Baniwar, Director of the Sikh Gurdwara Temple in San Jose.

“Whether it will be having gun law changes or any other types of changes they we need to make for these…cause it’s happening too much right now.”

Another vigil is scheduled Sunday to pay tribute to Taptejdeep Singh, who was 36 years old and leaves behind a wife and two children.