Just two days after nine of their colleagues were killed, heartbroken VTA bus drivers continued to shuttle people around the South Bay

Valley Transportation Authority workers on Friday were trying to adjust to life and work in the wake of Wednesday's mass shooting that left nine of their colleagues dead.

Tai, a former VTA employee, made a special trip to a memorial outside San Jose City Hall Friday morning. He straightened things up out of respect for his former co-workers.

"That's what they would have done," he said.

Tai, who said he worked at VTA for years, was frequently choked up when talking about his friends.

"Adrian, he looks exactly like his picture. He was always smiling," Tai said. "Lars, that man showed up and took care of business. That guy was the backbone of VTA. You're looking at the cream of the crop right here." 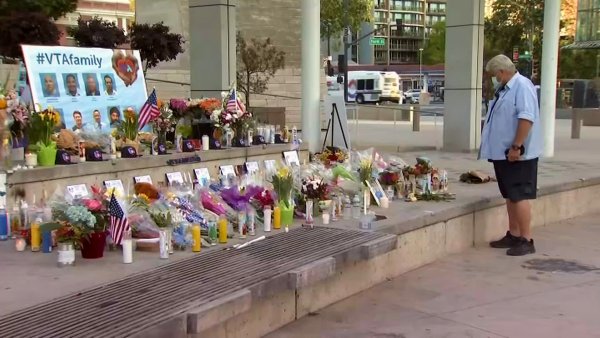 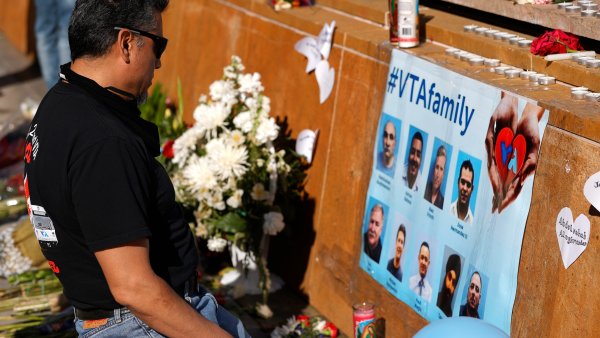 Meanwhile, as the memorial sat silent, VTA buses, with an assist from nearby agencies, were picking up passengers. Many drivers were still with heavy hearts.

"Cause we're short on drivers anyway, and now we're even shorter," one driver said. "People are out cause they're still grieving."

"I respect them altogether because I've gotten to know some, not necessarily on a personal basis, but I talked to a lot of them, you know, 'I'm from here, I'm from there. I like this team, I like that one, you know,"

Friends like Tai are still trying to process what happened.

VTA buses are still running, but light rail service is still suspended until further notice, with bus bridges doing the best they can to fill the gaps.