First, there were gunshots. Then came the screams. And then — silence.

“Hey, what’s going on? Anybody all right? What’s happening?” Kirk Bertolet called out to his coworkers at a San Jose rail yard on Wednesday morning. “It was just eerie.”

Cautiously, Bertolet left his barricaded office at the Santa Clara Valley Transportation Authority, hoping he could offer first aid to anyone who needed help. But all he found were bodies.

“There wasn’t helping anybody,” the 64-year-old said, choking up. “He made sure they were all dead. I watched some of my coworkers breathe their last breath. And they were all gone.” 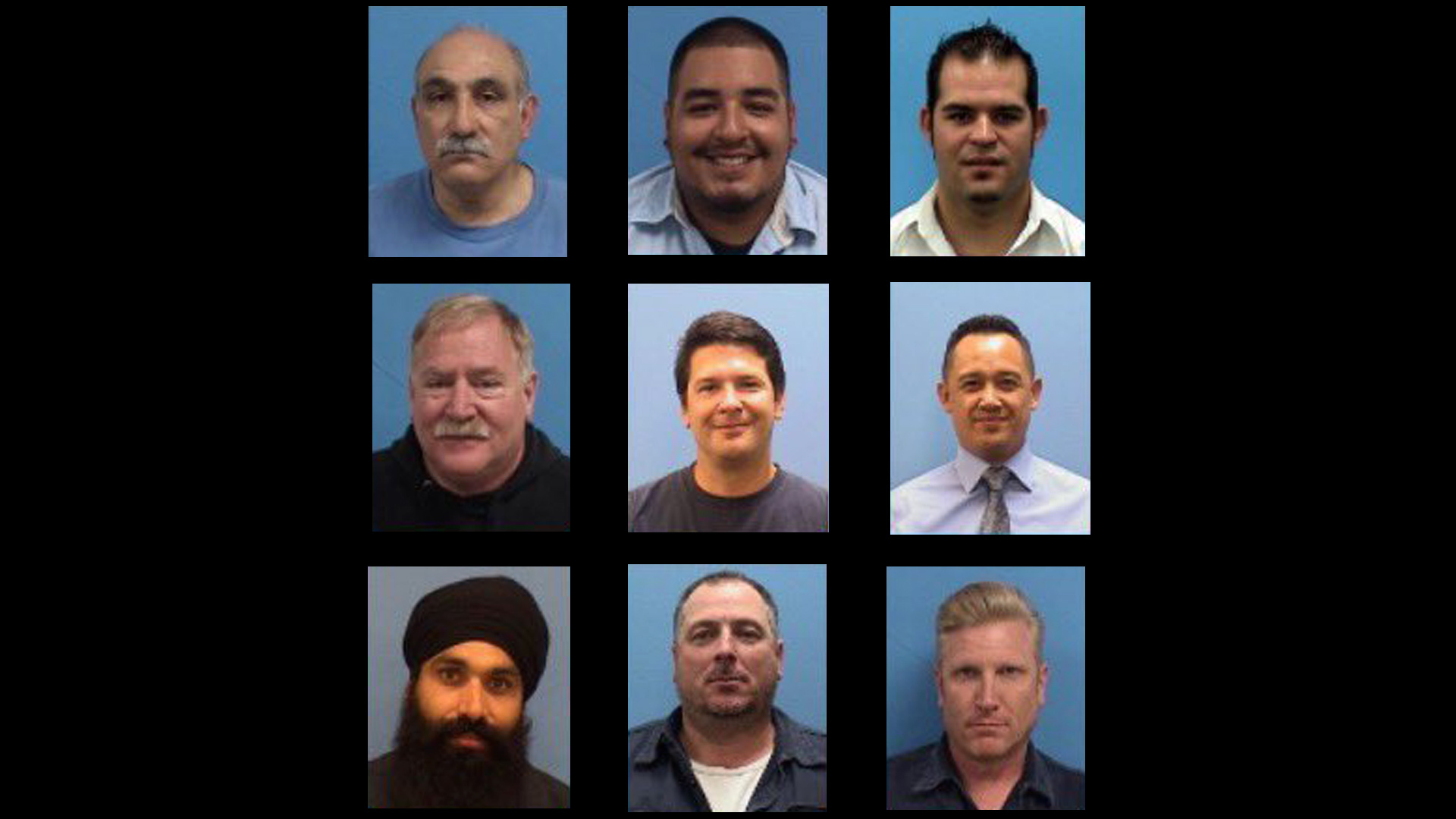 The massacre was the worst mass shooting in the Bay Area in decades. Gunman Samuel James Cassidy, a 57-year-old VTA employee, opened fire Wednesday morning at the San Jose rail yard, killing eight people before shooting himself. A ninth victim died hours later in the hospital.

Bertolet, who works in the signals department, said he had a polite relationship with Cassidy when they would pass in the locker room or hallway. He described “Sam” as an outsider at the facility, a loner who sat by himself, never talked to anyone and never fit in. He appeared to target specific coworkers, Bertolet said.

“I understand what pushed him. Sam was always on the outside. He was never in the group. He was never accepted by anybody,” Bertolet said Thursday during an interview with The Associated Press. “You look back and you go, ‘yeah, it fits.’ ”

In the hours after the violence, more pieces began to fit together:

NBC Bay Area’s Investigative Unit has learned that the gunman who shot and killed nine VTA co-workers before taking his own life Wednesday was under investigation for allegedly making racist remarks to coworkers and was scheduled to attend a disciplinary hearing on the day of the attack. Bob Redell reports.

Cassidy’s ex-wife said he used to come home from work resentful and angry over what he perceived as unfair assignments more than a decade ago. A Biden administration official, speaking on the condition of authority, said Cassidy spoke of hating his workplace when customs officers detained him after a 2016 trip to the Philippines.

He had even talked about killing people at work, his ex-wife Cecilia Nelms told The Associated Press.

“I never believed him, and it never happened. Until now,” she said tearfully.

Friends and relatives remembered the victims as a loving, kind-hearted and heroic group, and VTA officials have called the workforce of more than 2,100 a family. While Bertolet criticized the facility’s lax security and said he wished he had had his own gun to stop Cassidy, he also told a different story of men who had worked together every day.

“I know some of those guys, they’ll keep joking with you and they’ll keep hammering you about stuff,” he said, adding that anyone “thin-skinned” might not have been able to handle it.

Santa Clara County Sheriff Laurie Smith said Cassidy appeared to choose his targets. He told at least one person “I’m not going to shoot you” and opened fire on others.

Bertolet told of a similar scenario.

“He was pissed off at certain people. He was angry, and he took his vengeance out on very specific people. He shot people. He let others live,” he said. “It was very personal. Very targeted.”

Authorities have not speculated on a motive beyond characterizing Cassidy on Thursday as a “highly disgruntled VTA employee for many years, which may have contributed to why he targeted VTA employees.”

Bus and light rail operators. Mechanics, linemen, an assistant superintendent. Parents. Husbands. Friends. These are the nine people killed in the mass shooting in San Jose.

Glenn Hendricks, chair of the VTA’s Board of Directors, said Thursday that he had no information about any tensions between Cassidy and the coworkers he shot.

“VTA is a close family,” Hendricks said. “I would let the investigation work itself out.”

The investigation is complicated. It spans two crime scenes — Cassidy apparently had a device that would set his home on fire almost simultaneously to when he began shooting — and has 100 potential witnesses who were working at the railyard at the time.

Cassidy arrived at the rail yard around 6 a.m., carrying a duffel bag filled with three semi-automatic handguns and 32 high-capacity magazines. It’s not clear exactly when the bloodshed began, but the first 911 call reporting an active shooter came at 6:34 a.m.

“We were sitting in the front of our office and we started hearing the pops,” Bertolet said. “BANG. BANG. BANG, BANG, BANG.”

He and his coworkers threw a table in front of the door as Bertolet called the facility’s control center while the shooting continued.

From sadness to anger, people have been experiencing a range of emotions since the deadly mass shooting at a VTA rail yard in San Jose. Garvin Thomas shares his thoughts.

The gunshots caused Rochelle Hawkins, a VTA mechanic, to drop her cellphone in the tumult.

“I was running so fast, I just ran for my life,” she said.

One of the victims, Taptejdeep Singh, tried to save his friend before Cassidy turned the guns on him.

“Taptejdeep called me to warn me that there was an active shooter in Building B and to go hide or get out immediately,” Sukhvir Singh said.

Sukhvir Singh survived. His friend did not.