A Bay Area mother who is trying to help her son back from drug addiction visited San Francisco's Tenderloin Wednesday to speak out against drug dealers and the open-air drug market.

Jacqui Berlinn says her son is using fentanyl. She's calling for change to get him and others help.

"I realize that we need to speak up about this," she said. "We can't just ignore it. Our children are dying." 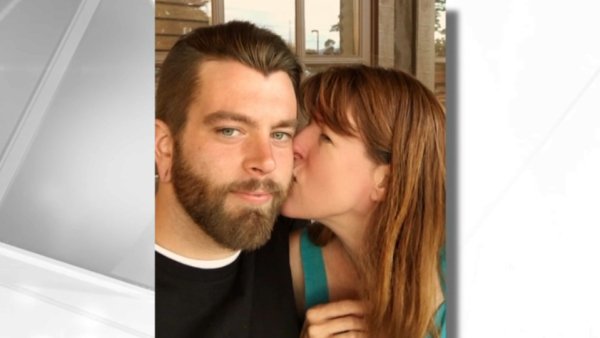 ‘They're Loved By Someone': Heartbroken Livermore Mother Searching for Homeless Drug Addict Son

Standing at Hyde and Turk streets, Berlinn shared the story of her son Corey. She says he did heroin for years.

"Just started using fentanyl this past year and he has deteriorated faster than he ever did using heroin," she said. "And I know it's a matter of time before he is going to overdose."

Berlinn is protesting dealers in the very place she says they openly sell drugs daily to her son and others. She wants action from politicians and policy makers.

Michael Shellenberger was one of the two dozen people who joined her.

"There needs to be a massive expansion of medically assisted treatment, and we need to restore mandatory treatment as an alternative to jail and prison," he said.

In the crowd, people had differing political viewpoints and opinions on ways to address it and who to blame. Some shared their own stories.

"My sister lost her son last year to fentanyl," one person said. "He was 36 years old."

"We need help from the federal and state government," Supervisor Matt Haney said. "And I want to also say that we also need to have compassion and we need to have intervention for people who are addicted to drugs."

The mayor's office says police are on pace to exceed a four-fold increase in fentanyl seizures in 2021 over 2020. Officers continue to make arrests for drug dealing. They need people to be held accountable.

For Berlinn, a change needs to happen.

"It's way too easy for him to get what he feels he needs here," she said.