What Would Happen in the Bay Area if Supreme Court Overturns Roe v. Wade?

If Roe v. Wade were to be overturned, 26 states could ban abortion overnight

The report, which has not been independently verified by NBC News, is said to have been written by Justice Samuel Alito, along with at least four other conservative members of the high court.

Thousands of people gathered outside the Supreme Court in Washington, D.C., following the report. In the crowds were both protesters and supporters of abortion rights.

"I absolutely have to be out here because this is something that affects me so personally and hurts so much that this might be ripped away from me,” on demonstrator said.

The draft suggests the justices side with Mississippi in its case challenging the 1973 ruling. 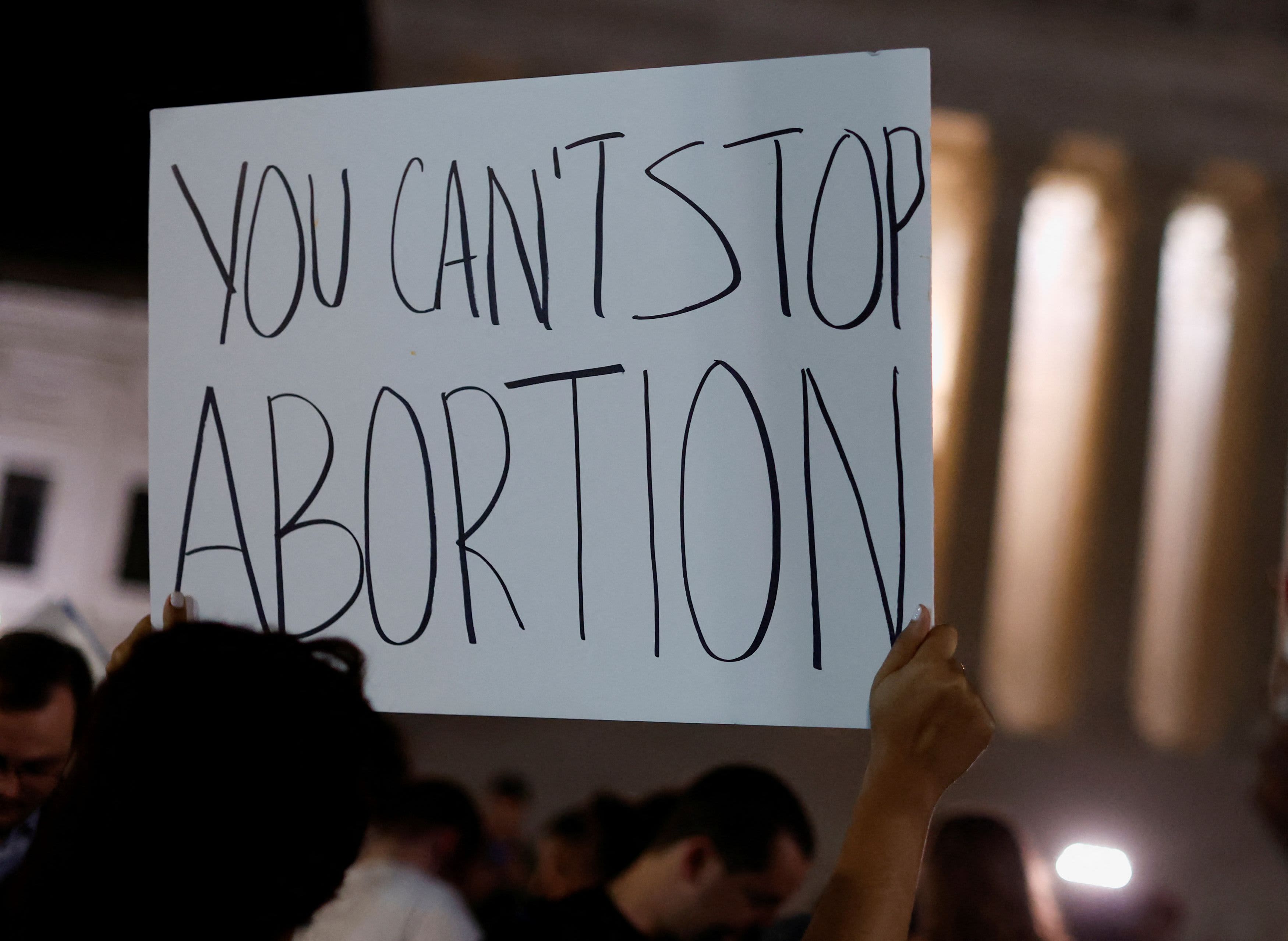 The Supreme Court has not released any comments following the Politico report. But Planned Parenthood stated, “Let's be clear: this is a draft opinion. It’s outrageous, it’s unprecedented, but it is not final. Abortion is your right — and it is still legal.”

East Bay Congresswoman Barbara Lee retweeted her own April 25 tweet stating, “PSA: if Roe falls, your constitutional right to birth control will also be in jeopardy. This has never just been about abortion. It’s about controlling and criminalizing our bodies.”

Jessica Pinckney, executive director of Access Reproductive Justice in Oakland, said it would be nearly impossible for those under 18 – or those who don’t have money to get across state lines  – to receive the care they need.

“It’s still gutting, stunning, shocking to see it in writing,” she said. “And we know for many folks that this means an outright ban and that they would not be able to access an abortion if desired, and they’ll be forced to carry a pregnancy against their will.”

Legal experts said the leak from the court is unprecedented.

So, what happens next?

Professor Meyler said the final ruling likely will be released in June.

“I wonder if the court will issue a statement about this leak … I think this could really foreshadow an even broader roll-back of individual liberty and individual rights, including same sex marriage and contraception,” she said.

Gov. Gavin Newsom tweeted Monday night, stating, "We are proposing an amendment to enshrine the right to choose in the California constitution. We can't trust SCOTUS to protect the right to abortion, so we'll do it ourselves."

The Santa Clara County Board of Supervisors on Tuesday is expected to discuss giving $3 million to local Planned Parenthoods to prepare for an increase in out-of-state patients coming to the Bay Area for an abortion -- something that was already on the agenda.