Is the Post Office Allowing ID Theft to Happen?

First, it was an email from a credit card company confirming an application that Renee Rosado had not submitted.

“They say, ‘Oh you applied for a credit card,’” Rosado said.

Then a suspiciously empty mailbox. 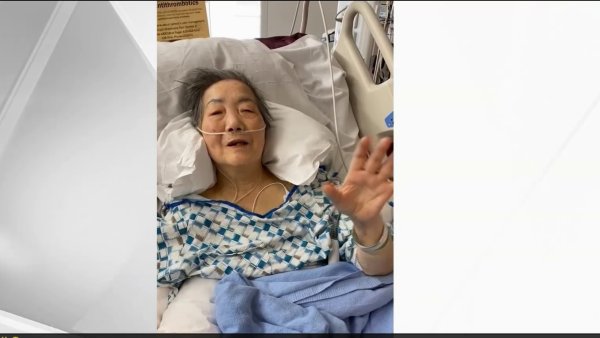 Group Rallies in Support of Colombian Protests in SF

“Well, I hadn’t gotten mail for a while,” Rosado said.

Rosado suspected the two were connected and someone was tampering with her identity.

But how? A call to the local post office connected the dots. The trail pointed to her mail.

The post office produced a mail hold request. Someone - not Rosado - submitted the form on the postal service website. That person’s intent was then clear to Rosado. The thief applied for a credit card using her name, held her mail until the card would arrive, then planned to planned to pick up the mail at the post office, where the soon-to-be stolen credit card would be waiting.

Luckily, Rosado intercepted the scam before it played out.

But she was shocked by the post office’s lack of security.

“The post office would give a total stranger my mail,” Rosado said.

We were also surprised by how easy it is. And how easily a criminal could target you. Anyone can log onto the USPS website, hold your mail, and then go pick it up. You don’t grant permission. You don’t get notice. You don’t have a clue until you’re a victim.

Jeff Fitch is a postal inspector - a federal agent who investigates postal crime.

“What happened here is a federal crime,” Fitch said.

“We work with the main post office, accessing security and looking at what can be upgraded, or what’s going on, what can be tightened up,” Fitch said.

So what’s the Postmaster General done to prevent this particular fraud? Nothing yet. In a statement, the postal service acknowledged “instances of fraud taking place” using mail hold, and said it “regrets the inconvenience.” It went on to say the postal service is working on "viable solutions” to “prevent and reduce fraud via online mail hold.”

“They verify that the person who put the mail on hold had the owner’s approval to do it,” Rosado said.

Fitch pointed out the importance of keeping an eye on your mail. If your mailbox is empty for a couple of days, call the post office. He also wants you to report any mail fraud. The number is 877-876-2455.