Afghanistan Evacuees Plead for Action: ‘We Are in Some Kind of Jail'

The Biden administration says the current holdup is the fault of the Taliban, but some private organizers of the flights are skeptical

The Americans trying to evacuate hundreds of Afghans and American citizens — including one Afghan who worked as a U.S. military translator and says he is anticipating his beheading by the Taliban — pleaded for action from the Biden administration to get the would-be evacuees aboard charter flights that are standing by to fly them from Afghanistan.

“Unfortunately we are left behind now," the former translator said quietly in the pre-dawn darkness Wednesday in Afghanistan. “No one heard our voice.”

The man, whose identity The Associated Press withheld for his security, said he was running out of money to keep his family housed in a hotel in the northern Afghan city of Mazar-e-Sharif, after waiting a week for Taliban permission for the chartered evacuation flights to leave the airport there.

U.S. Army veterans working to help the man, an interpreter for U.S. forces for 15 years, called the effort more grinding than their months of deployment in Afghanistan. They tried and failed to get their old interpreter on the earlier airlifts that ended with the U.S. military withdrawal from Afghanistan Aug. 30. 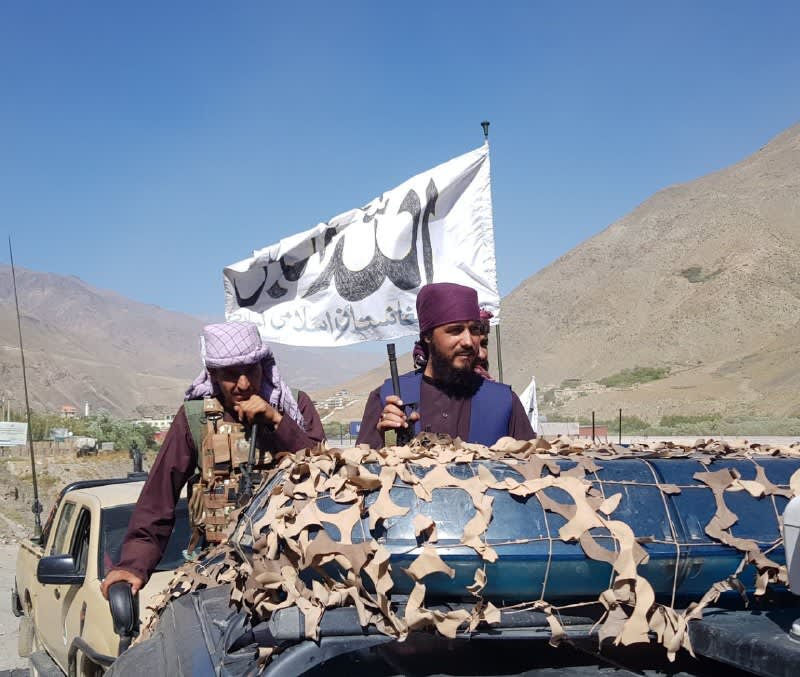 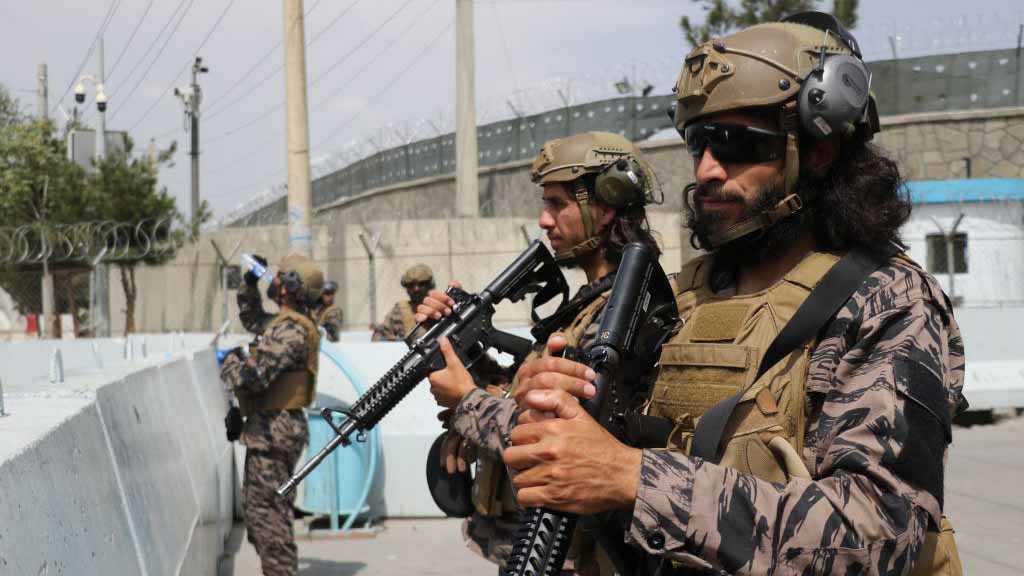 "I hope we can help them out, and get them out of this mess,” said a retired Army colonel, Thomas McGrath, one of the veterans trying to help his former interpreter.

Hundreds of vulnerable Afghans are waiting for permission from Afghanistan’s Taliban rulers to board prearranged charter flights standing by at the airport in Mazar-e-Sharif.

The group includes dozens of American citizens and green card holders and their families, the Afghans and their American advocates say.

“We think we are in some kind of jail,” said one Afghan woman among the would-be evacuees gathered at one large hotel in Mazar-e-Sharif.

She described the Americans and green-card holders in their group as elderly parents of Afghan-American citizens in the United States.

Taliban leaders, who named a new Cabinet Tuesday in the wake of their lightning takeover of most of the country last month, say they will allow people with proper documents to leave the country. Taliban officials insist they are currently going through the manifests, and passenger documents, for the charter flights at Mazar-e-Sharif.

Secretary of State Antony Blinken said Tuesday the U.S. was working with the Taliban to resolve the standoff over the charter flights.

He rejected an assertion from a Republican lawmaker, Rep. Michael McCaul of Texas, over the weekend that the standoff at Mazar-e-Sharif was turning into a “hostage situation” for American citizens in the group.

“We’ve been assured all American citizens and Afghan citizens with valid travel documents will be allowed to leave,” Blinken said in Doha, Qatar, a major transit point for last month’s frantic U.S. military-led evacuations from Afghanistan.

Later Tuesday, 12 Democratic lawmakers added to the pressure for evacuees, in a letter urging the administration to disclose its plans for getting out all of the hundreds of at-risk people remaining in Afghanistan, and not just American citizens.

“Our staff have been working around the clock responding to urgent pleas from constituents whose families and colleagues are seeking to flee Afghanistan, and they urgently require timely, post-withdrawal guidance to best assist those in need,” Reps. Jerrold Nadler, Zoe Lofgren, Gerald Connolly and nine other lawmakers from President Joe Biden’s party wrote.

Blinken, in Doha, said the Taliban had told U.S. officials that the problem in Mazar-e-Sharif was that passengers with valid travel documents were mixed in with those without the right travel papers.

The Afghan woman contacted at the hotel — an employee of a U.S.-based nonprofit, Ascend, that works with Afghan women and girls — also spoke Tuesday on condition of anonymity for her security. She said those in her group have proper passports and visas, but the Taliban are blocking them from entering the airport.

Like the interpreter, she said she has been waiting for eight days.

At one point last week, alarm spread through the women’s side of her hotel in the city when warnings came that the Taliban were searching the would-be evacuees on the men's side, and had taken some away.

“I am scared if they split us and not let us leave,” she said. “If we can’t get out of here, something wrong will happen. And I am afraid of that.”

The former U.S. military interpreter, at the hotel with his family of eight children and wife, said he would expect beheading by the Taliban given his work with the U.S. military, and based on what rights groups say are past Taliban attacks on Afghan civilians who have worked with U.S. forces.

The interpreter had always told his American comrades that he believed his work with them was in service of his own country, the retired colonel said. “He put a lot on the line by lining up with us,” McGrath said.

An array of Americans -- many of them with some past experience in Afghanistan, or other ties -- have been working for weeks to try to help evacuate at-risk Afghans. Much of that effort is focused now on the planes in Mazar-e-Sharif.

Some of those Americans pushing for U.S. action said Tuesday they fear the Biden administration will help out American citizens and leave behind green card holders, Afghans who used to work with Americans, and others whose work has left them vulnerable, including journalists, women’s advocates and rights workers.

“The game changed partway through,” said Marina LeGree, the American head of Ascend.

Private organizers of the flights complain the State Department and other U.S. agencies have been slow or outright unresponsive to pleas for help despite assurances that Washington would work with the Taliban and others to get people out.

On Monday, the State Department said it had helped a family of four U.S. citizens escape Afghanistan via a land route.

Alex Plitsas, a representative of a group called Digital Dunkirk, which is serving as an umbrella group for several organizations arranging the private evacuation efforts since the completion of the U.S. military withdrawal, welcomed Blinken's words.

“Our men and women in uniform and diplomats on the ground in Kabul did a fantastic job” with the military-run evacuation last month, Plitsas said. "Now it’s time to bring the last remaining folks home.”

Knickmeyer contributed from Oklahoma City and Burns from Doha.