For the first time, a Black woman will lead Kentucky’s Louisville Metro Police Department, which has been been heavily criticized since officers fatally shot Breonna Taylor in March.

Mayor Greg Fischer announced on Monday that Yvette Gentry will serve as interim chief of the department, according to The Courier-Journal.

Gentry is a former Louisville Metro Police deputy chief who retired from the force in 2014. She will be the first woman and the third African American to serve as chief of the Louisville Metro Police. Interim Chief Robert Schroeder plans to retire at the end of September after four months in the role. Schroeder took over on June 1 when Fischer fired longtime Chief Steve Conrad after learning officers did not have body cameras turned on during the fatal police shooting of the owner of a popular West End eatery.

Kentucky Attorney General Daniel Cameron had a message for people demanding action in the death of Breonna Taylor. "I have a specific obligation," he said. "To see that anyone accused of a crime is accorded procedural justice and that guilt is decided upon the basis of sufficient evidence rather than public opinion."

Gentry’s appointment comes at a low point in relations between police and Black residents in Louisville. Protesters have marched for more than 100 consecutive days since Taylor, a 26-year-old Black emergency medical technician, was shot and killed as officers attempted to serve a no-knock search warrant at her apartment. Protesters want serious changes to the city’s police and other systems they say have perpetuated systemic racism.

Taylor’s death is under investigation by the FBI and Kentucky Attorney General Daniel Cameron, who is expected to announce in coming weeks whether criminal charges will be brought against the officers. Authorities have said the officers fired back after Taylor's boyfriend started shooting at them.

In an emotional speech after Monday's announcement, Gentry addressed residents of the West End neighborhood who have been at the heart of more than 100 days of protest over racial injustice since Taylor's death.

The city of Louisville, Kentucky, has been rocked by the shooting death of Breonna Taylor by police in March. Jecorey Arthur, who has become the youngest person ever elected to the Louisville Metro Council at the age of 28, said he wants to address the systemic racism in his hometown.

“I’m not here just to help you unboard your beautiful buildings downtown,” she said. “I’m here to work with you to unboard the community that I served with all my heart in west Louisville, that was boarded for 20 or 30 years.”

She said the past four months have been tough on police officers as well as on protesters, adding that it’s tough “seeing things just feel so hopeless.”

“I will just say: That is just a glimpse of how a lot of people have been feeling for a long time, and we can’t go back,” Gentry said. “I think our city is at a point of reckoning that only truth can bring us out of. Only truth can break us out; only truth can take away darkness.” 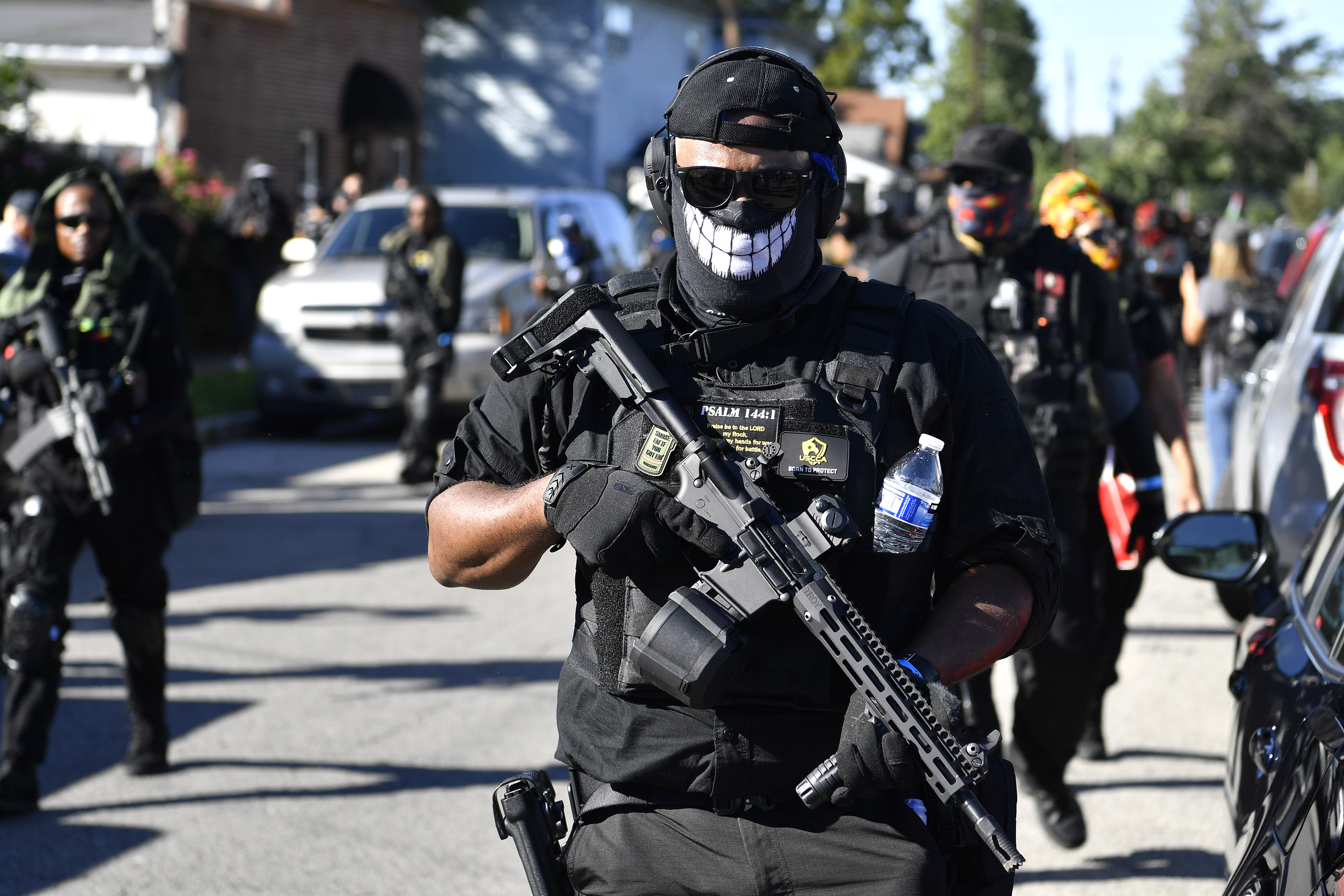 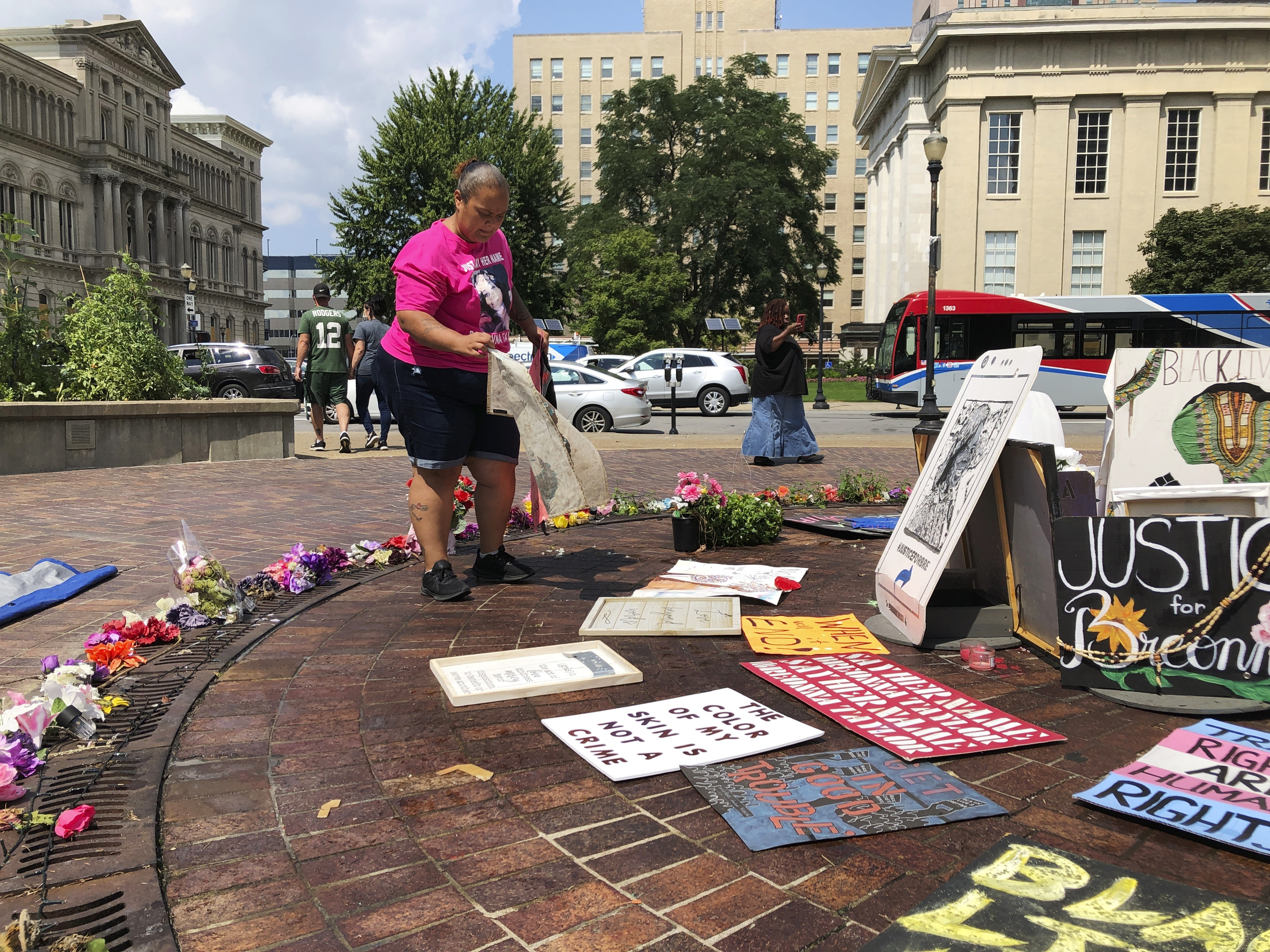 Gentry told the newspaper in an interview that she doesn’t want to be the permanent police chief — and didn’t apply for the position.

“When you live in Louisville, and you raise your kids here, like I do, and your family’s here, I want that chief to be successful,” said Gentry, a Louisville native. “So, even though I wasn’t interested in the full-time job, I realized that somebody has to stand in the gap.”

Fischer is expected to name a new leader by the end of 2020.

New interviews have emerge with the officers involved in the death of Breonna Taylor which have only led to more questions in the case.

In an interview, Gentry acknowledged that improving community relations, reducing crime and boosting officer morale simultaneously won’t be an easy task, but said she's in as “good a position as anyone could be.”

“Being a Black woman, and a veteran and a former police officer, when you’ve worn all the hats of people who are out here, wanting to be heard, and you’ve worked in a place where you’ve tried to be heard and didn’t necessarily feel like you were, I just feel like I have that type of experience that I can bring in there,” Gentry said. “People are just so far apart. And maybe, I can be in the middle and I can bridge it."