Bubba Wallace on NASCAR Confederate Flag Ban: It's About ‘Inclusion'

Wallace was joined in his call to ban the flag by some of NASCAR's biggest names, including Dale Earnhardt Jr. and Jimmy Johnson

Bubba Wallace, the only African American driver in NASCAR's top series, is speaking out about the sport’s swift decision to listen to his call to ban the Confederate flag from its events.

“I’ve seen too many comments and too many stories from first-time fans that come to a race in years past and the first thing they say is, ‘I’ve seen the Confederate flag flying and it made me feel uncomfortable.’ We shouldn’t have anybody feeling uncomfortable,” Wallace told TODAY on Thursday.

“It’s not a race thing. It’s about walking into an event and feeling uncomfortable. That’s it. If you felt uncomfortable, you would want change. So, I’m speaking out for the people that show up to the race track and feel that type of way.”

Wallace, who raced Wednesday in a car adorned with the hash tag #BlackLivesMatter at the NASCAR Cup Series Blue-Emu Maximum Pain Relief 500 at Martinsville Speedway Martinsville, Virginia, applauded NASCAR for taking a stand. 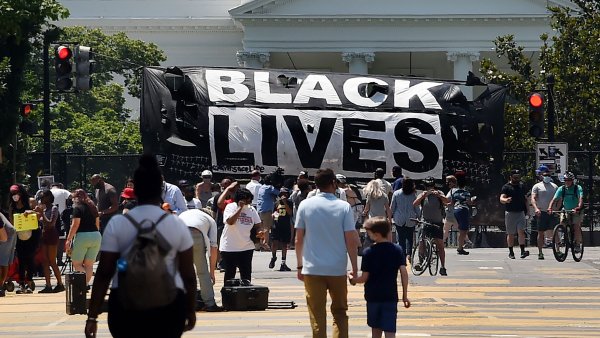 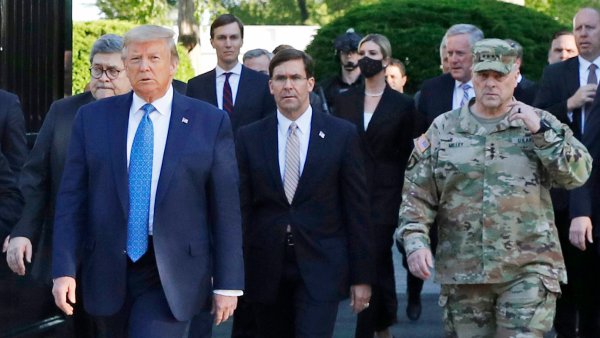 Military Chief: Wrong to Walk With Trump Past Park Protest

“And so it’s a lot of kudos to NASCAR. Hats off to everybody involved for making this happen and pushing the envelope, pushing the message across that we want change. It starts with us. We have to start with basically the roots and go from ground up and really implement what we’re trying to say in our message,” he said.

NASCAR announced the flag ban on Wednesday, two days after Wallace, 26, said it should not be allowed. He’s confident it will not be an empty gesture on the sport’s part.

“I’m pretty sure that we’ll take pretty strict measures to not allow this to happen and if it doesn’t, then there’ll be another conversation that I will have,” he said.

Wallace was joined in his call to ban the flag by some of NASCAR's biggest names, including Dale Earnhardt Jr. and Jimmy Johnson.

But one driver, Ray Ciccarelli, protested the decision. Ciccarelli, who competes part-time in the NASCAR Gander RV & Outdoors Truck Series, announced Wednesday night that he will walk away from NASCAR because of the decision to get rid of the flag.

Wallace, who has six top 10 finishes in the NASCAR Cup series, was asked about what he would say to Ciccarelli or anyone who argues the flag is about heritage and not hate.

Wallace said that "inclusion is what we’re trying to accomplish here."

"Bring everybody together, enjoy a sporting event, cheer on their favorite driver, not be shy and introverted about or because they see a Confederate flag flying," he said.