The 71-year-old longtime Republican plans to be one of several challengers to Gov. Gavin Newsom in an increasingly likely recall election.

The 71-year-old longtime Republican has been consulting with GOP advisers as she considers joining the field of candidates hoping to replace Democratic Gov. Gavin Newsom in a likely recall election later this year. Jenner issued a statement early Friday, making her plans official by saying, "I'm in."

“California has been my home for nearly 50 years,” Jenner said. “I came here because I knew that anyone, regardless of their background or station in life, could turn their dreams into reality. But for the past decade, we have seen the glimmer of the Golden State reduced by one-party rule that places politics over progress and special interests over people. Sacramento needs an honest leader with a clear vision.”

Describing herself as a "compassionate disrupter," Jenner said she plans to meet with residents throughout the state over the next few weeks. In her statement, she mentioned the devastation suffered by small businesses during the pandemic as one of the reasons she plans to run. California was the first state to issue sweeping shutdown orders in March 2020 in an effort to stop the spread of the coronavirus.

"Small business have been devastated because of the over-restrictive lockdown," Jenner siad. "An entire generation of children have lost a year of education and have been prevented from going back to school, participating in activities, or socializing with their friends. 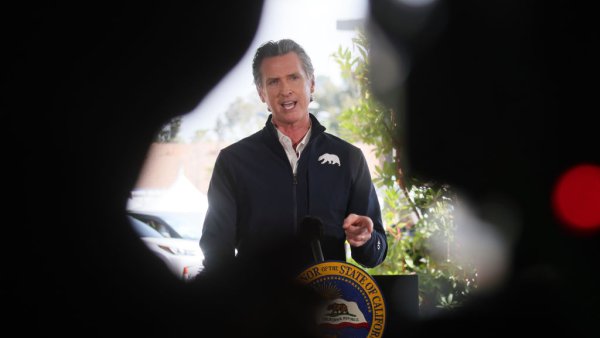 FAQ: What to Know About the Recall Election Targeting California Gov. Gavin Newsom 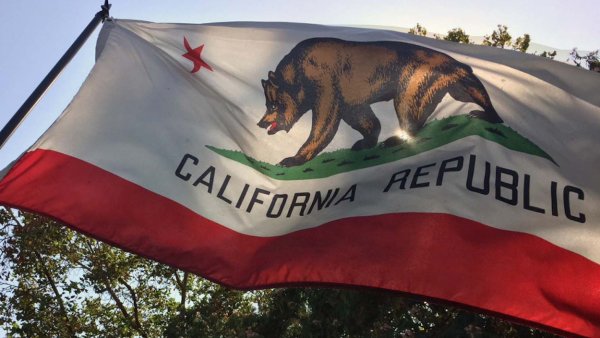 Some Californians Will Receive Golden State Stimulus Payments. Here's What to Know

"Taxes are too high, killing jobs, hurting families and putting an especially heavy burden on our most vulnerable people."

Newsom said in March that he expects the recall to qualify for the ballot. He also criticized the need for a special recall election, calling it a "waste of time'' and money because the 2022 gubernatorial primary will be a few months later.

On Friday, Newsom political adviser Dan Newman issued a statement saying, "We always knew the Republican recall would be a ludicrous circus full of Trump supporters, which only reinforces how much Californians appreciate Governor Newsom's competent, compassionate, experienced leadership during an unprecedented series of crises.''

The Los Angeles County Democratic Party also responded to the announcement, writing on Twitter, ``You know what -- California is worth fighting for, that's why we're going to do everything we can to stop this Republican Recall.''

The party referred to Jenner and other announced Republican candidates, saying they "are set to waste taxpayer time and money.''

The celebrity activist, who described herself as “economically conservative, socially progressive” in a People magazine interview last year, immediately would stand out in a field that so far has failed to attract a nationally known contender. Her run comes nearly two decades after the ascendancy of Arnold Schwarzenegger, another Republican who used his Hollywood fame as a springboard to the state's highest office in a 2003 recall election.

There have been 55 attempts to recall a California governor since 1911. Only the 2003 effort to oust Gov. Gray Davis was successful.

Still, a potential run by first-time candidate Jenner also has spotlighted the many unknowns about her positions on critical issues facing the nation's most populated state, from how she would manage the coronavirus pandemic to slowing a homelessness crisis.

If the Newsom recall qualifies for the ballot, as expected, voters would be asked two questions: first, whether Newsom should be removed from office. The second would be a list of replacement candidates to choose from, if more than 50% of voters support removing Newsom from office.

The effort has been largely fueled by criticism of Newsom's handling of the pandemic. Republicans who have announced their intention to run include former San Diego Mayor Kevin Faulconer, former U.S. Rep. Doug Ose and businessman John Cox, who lost to Newsom in the 2018 governor’s race.

A replacement for a recalled governor serves out the remainder of the governor's term. Newsom's current term, his first, ends in January 2023 after the governor's office is contested in the November 2022 election.