Californians who own cars could get up to $800 from the state to help offset record high gas prices under a proposal announced Wednesday by Gov. Gavin Newsom.

Registered owners would get $400 per vehicle, capped at two vehicles. People who own electric vehicles or others that don't use gasoline would qualify. But most businesses with fleets of vehicles would not be eligible.

Newsom says the rebates would cost the state about $9 billion. If approved by the state Legislature, the first payments could begin in July, the governor's office said. 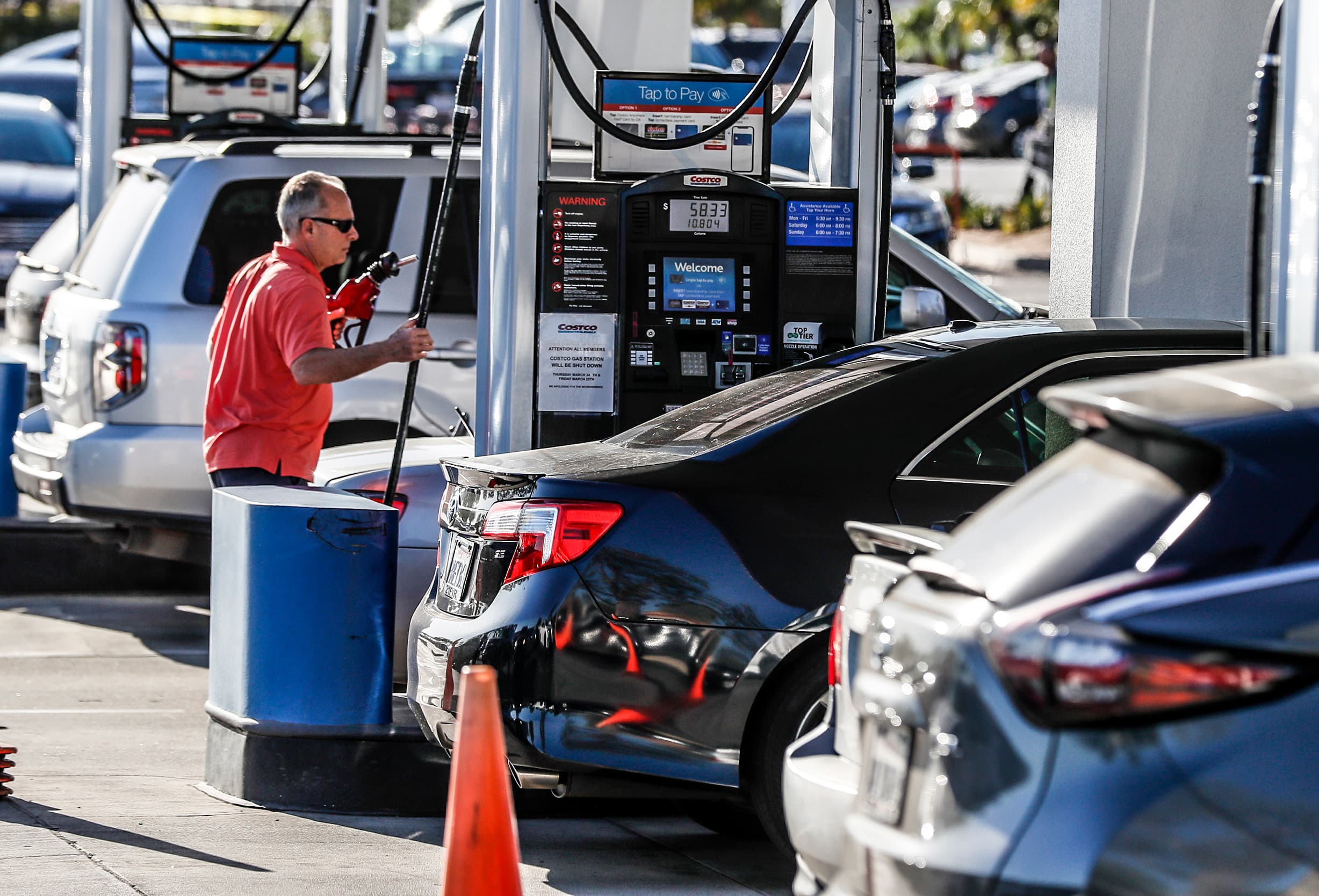 Consumers Felt the Pinch at the Pump With Rising Gas Prices in February. Here's Who Was Affected the Most These Charts Show How Much It Costs to Charge an EV Vs. Refueling a Gas Vehicle

“That direct relief will address the issue that we are all struggling to address and that’s the issue of gas prices,” he said.

Regular grade gas is a state record $5.88 per gallon in California, highest in the nation and about $2 more than a year ago, according to AAA.

"The tax refund will take the form of $400 debit cards for registered vehicle owners, and individuals will be eligible to receive up to two payments," the governor's office said in a statement. "The proposal provides up to two $400 rebates per vehicle, for owners to support families with more than one vehicle in use. Eligibility will be based on vehicle registration, not tax records, in order to include seniors who receive Social Security Disability income and low-income non-tax filers."

The proposal does not have an income cap.

California lawmakers are proposing a $400 gas rebate check for all state taxpayers, but it's far from a done deal at this point. Randy Mac reports for the NBC4 News at 6 p.m. on March 17, 2022.

For people who don't have cars, Newsom wants the state to pay for their bus or train fare for three months. His proposal would give $750 million to transit and rail agencies, which Newsom said would be enough to give free rides to 3 million people per day.

Another $600 million would pay for a “pause” for part of the state sales tax on diesel fuel for one year, plus an other $523 million to halt a scheduled increase in the state's gas tax this summer.

The state's elected leaders have been debating for weeks what to do about the spiraling prices. Republicans, who are far outnumbered in the state Legislature, want to suspend the state's gas tax, which at 51 cents per gallon is the second highest in the nation.

But Democrats said that would benefit oil companies. Instead, they favor giving rebates to taxpayers because they know it would go straight to the consumer.

Newsom's plan must be approved by the Legislature. Democratic leaders already have said they don't support any proposal to temporarily halt an increase in the state's gas tax. And many Democrats don't like the idea of giving money to everyone, including millionaires and billionaires. They prefer targeting rebates to certain income levels.