But it won’t be business as usual for California’s full-time Legislature. They'll be limited to having just one staff person with them and nurses will check their temperatures at the door, among other precautions.

California Assembly Speaker Anthony Rendon is calling lawmakers back to the Capitol on Monday, restarting a legislative session interrupted by the coronavirus pandemic, even as a handful of lawmakers plan to stay home for fear of contracting or spreading the disease.

But it won’t be business as usual for California’s full-time Legislature after lawmakers agreed to their first sustained unscheduled work stoppage in 158 years. They'll be limited to having just one staff person with them and nurses will check their temperatures at the door, among other precautions.

Atop the new to-do list for lawmakers: softening the economic fallout from the pandemic.

In the state Senate, President Pro Tem Toni Atkins is not bringing members back until May 11 and has allowed members to participate in committee meetings via video conferencing. The Senate is considering letting members cast votes remotely once the full session resumes. 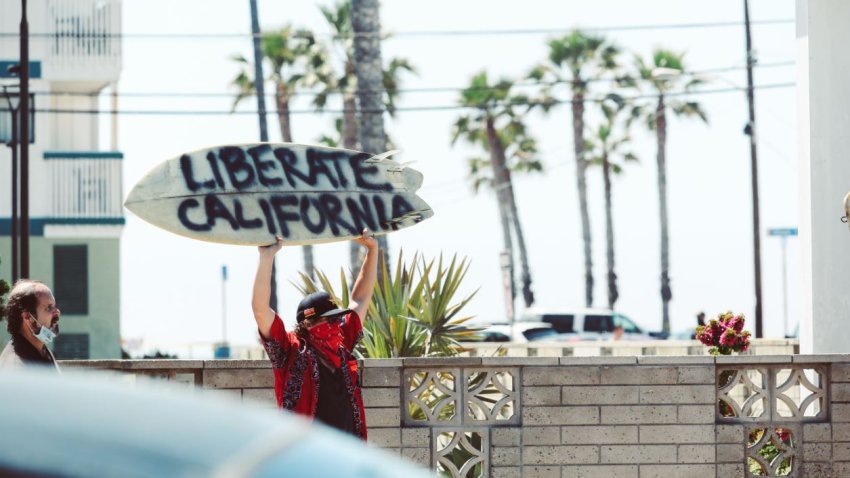 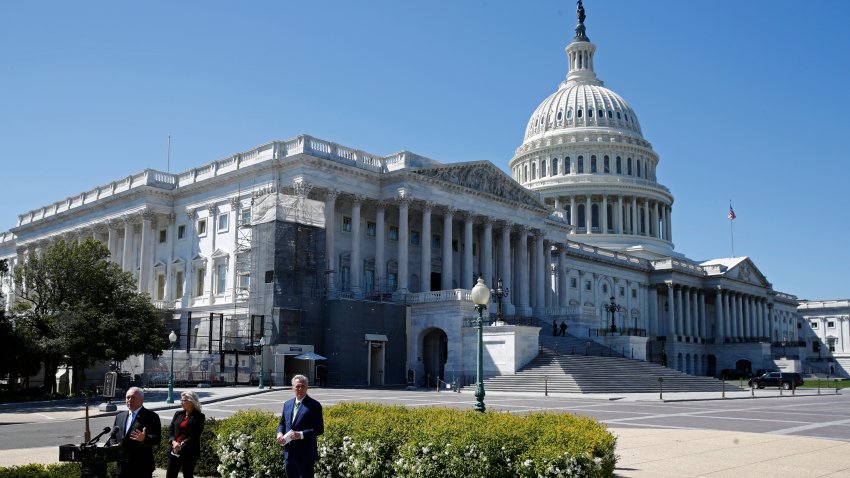 Back in Session: Senate Risks a Return But House Stays Away

But Rendon says all Assembly members must be at the Capitol to participate in committee hearings and floor sessions, based on legal advice that any votes taken remotely "would likely be challenged in the courts and thrown out."

He said anyone who doesn't feel comfortable coming is "encouraged to stay home. We are definitely not forcing anybody to come to work."

It's a tough choice for the Assembly members who are over 65, putting them at a higher risk of becoming seriously ill if they contract the coronavirus.

Assemblyman Bill Quirk, a Hayward Democrat, says he will stay home Monday. The 73-year-old is in good health but lives in a retirement community where many are on oxygen or have other health problems.

Quirk said he will watch committee hearings online and work with his staff to win approval for his bills in committee. But his influence will be limited because he won't be able to vote.

"I have urged the speaker to consider remote participation," he said. "Allowing members to participate remotely would allow everyone to have a full and fair opportunity to participate in the legislative process."

The only thing lawmakers absolutely must do is pass an operating budget, and time is running out. Lawmakers face a June 15 deadline for approval or they will forfeit their salaries. Newsom has scrapped his January budget proposal and will reveal a new one on May 14, giving lawmakers about a month.

With such a compressed calendar, lawmakers are having to rethink their policy goals. The Assembly's 32 committees must share the three hearing rooms large enough for lawmakers and the public to stay at least 6 feet (1.8 meters) apart, likely limiting the number of bills they can consider.

Only 14 of the roughly 100 bills before the Assembly Higher Education Committee will be heard this year, committee chairman Jose Medina said.

"Priorities have shifted," said Medina, 67, who decided to return after consulting with his family and doctor.

Before the crisis hit, legislative leaders wanted to borrow about $4 billion to prepare California for climate change disasters such as wildfires and flooding.

Now, lawmakers are discussing adding more money and projects to the bill to jump start the struggling economy, what many believe is the best option for a state stimulus package. While Congress can pass trillion-dollar aid packages to give cash to businesses and citizens, the California Constitution requires a balanced budget.

Democratic Assemblyman Eduardo Garcia, who wrote the Assembly's version of the climate change borrowing proposal, said the spending can still focus on the environment, but create jobs through things like construction to protect coastal communities against sea level rise.

"We just hope that the governor also sees it this way and we can do something to get Californians back to work," he said.

But lawmakers still have other priorities, including homelessness, which Newsom devoted his entire State of the State address to earlier this year.

A high-profile housing bill from Democratic Sen. Scott Wiener would allow multi-family homes to go up in single-family neighborhoods.

"We had a housing crisis before COVID, and the housing crisis has not gone away and in many ways COVID has made it worse," said Weiner, of San Francisco.

More than 2,100 Californians have died from coronavirus and more than 53,000 have been confirmed to have it, according to data compiled by Johns Hopkins University, though the number of infections is thought to be far higher because of a shortage of testing.