Video of a gas explosion that killed a utility worker, injured a mother, and rocked a Murietta, California neighborhood Tuesday was captured by the home's doorbell camera, offering a one-of-a-kind perspective of the blow out's power and devastation.

The video is quick, loud and frightening. In an instant, windows, exterior paneling, roof shingles and other debris is blown away from the home and a shower of dust clouds the front yard.

Alarms from inside the home immediately begin chirping, and people outside can be seen trying to regain their wits. 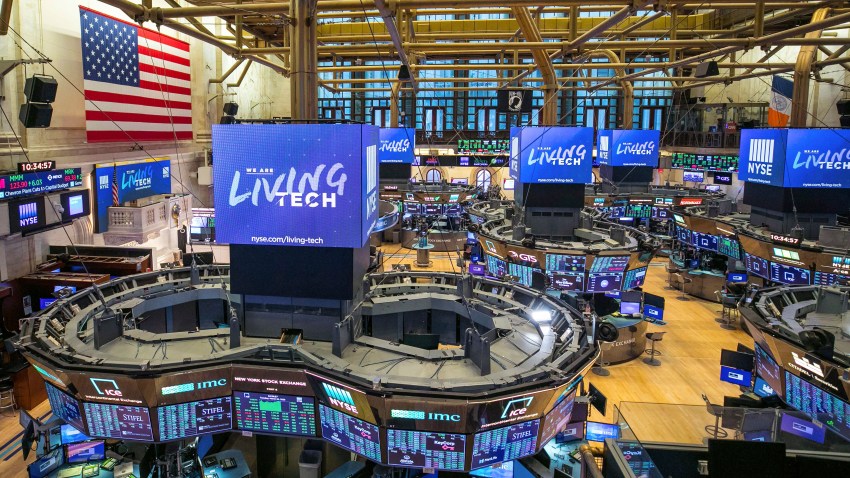 Crews initially responded to the home on Wooden Horse Trail near Spicewood Avenue at 10:57 a.m. due to a ruptured gas line, according to Murrieta Fire and Rescue Deputy Chief David Lantzer.

NBC 7's Allison Ash spoke to a Murrieta mother who survived a gas explosion in her home Monday.

Southern California Gas Co. crews arrived at 11:23 a.m. to begin repair work on the line, but at 12:10 p.m., an explosion occurred, Lantzer said.

Wade Kilpatrick, a 31-year-old Southern California Gas Company employee, was killed in the blast, and 15 other people were injured.

Alexis Haaland was inside the home when the explosion erupted and was in complete disbelief that she escaped the blast with only minor injuries.

A fire marshal forced Alexis Haaland to evacuate her home Monday morning after a solar company employee working at her house dug into a gas line.

Utility company crews were immediately called to the scene to cap the leak.

About 45 minutes after arriving, the fire marshal allowed the 27-year-old mother and Navy wife to run back into her home to grab her wallet and a diaper bag.

Haaland told her two kids and her mother, who were waiting on the other side of the street, that she would be right back.

"I felt a really big warm gust, and everything just started crashing around me," Haaland said. "I was just holding my head and screaming, ‘Oh my God, oh my God!’ Just waiting for something to hit me."

Inside, Haaland could only cover her head and pray for a safe escape as her home began to crumble and burn around her.

"I just thought that was the end," Halland said. "I was just waiting for something to hit me and that was it. I didn’t think I was going to get out of there at all."

Luckily, Haaland said, nothing fell on top of her, and she recognized an opportunity to escape thorugh a broken window. As she was trying to push herself through, she realized a fallen gate was blocking her escape.

That's when two SoCalGas employees saw her and helped pull her out.

Once free, Haaland raced toward her mother and two kids, ages 1 and 3, who were waiting in disbelief on the other side of the street.

"I ran over to my mom, and my mom was screaming because she just saw my house being flattened," she said. "She just looks at me and says, ‘How did you get out?’ I don’t know how I got out either, but I’m very thankful that I did.”

Haaland, her husband Alex and the kids had lived in the house for less than a month.

"It was the house of my dreams," she said, adding that it reminded her of the house in San Diego's Tierrasanta neighborhood where she grew up.

Haaland suffered only a few minor scratches, but says she’s emotionally traumatized by what happened. Her husband has talked about rebuilding their dream home, but Haaland isn't sure if she'll be able to ever come back.

"I would just be thinking all the time about the man that died in front of my house and the walls coming down on me and I just don’t know if I could live in that spot, you know?" she said. "I feel awful for the man who lost his life and his family because I got out, and yes, all of my stuff is gone, but everything can be replaced, and that man’s life can't."

A GoFundMe page has been launched to help the Haalands get back on their feet. The mother says they have already recieved several clothing and diaper donations that she says are a huge help.

Kilpatrick was a lead construction technician who had 11 years of employment with the utility, according to a SoCalGas spokesperson.

Three Murrieta Fire and Rescue firefighters were among the 15 others injured, but the extent of injuries was not disclosed.

A natural gas line explosion leveled a home in a Murrieta neighborhood, killing one and injuring 15, officials confirmed.

The contracted solar company involved reportedly did not call 811 to come out and mark the gas line prior to digging, as is California law, SoCalGas VP of Construction Cedric Williams said.

Dozens of homes surrounding the Haalands' home on Wooden Horse Trail were damaged by flying debris.

Christine Detz with SoCalGas said utility crews stopped the flow of gas to the property at about 1 p.m.

The blast pattern shows most of the debris was blown south as far as three blocks. Fire investigators have cordoned off the debris field as part of their investigation.

Randon Lane with SoCal Gas confirmed the death of a utility worker after a natural gas line exploded a Murrieta home.

Murrieta police closed Clinton Keith Road to all traffic from Carrington to Nutmeg Street and said no one would be allowed into the area -- including residents -- for an undetermined period of time for safety reasons.

Those who can’t access their homes during this closure can go to the practice gym at Vista Murrieta High School located on 28251 Clinton Keith Road.