The defense for two young men from the Bay Area, convicted last year in Rome of murdering an Italian policeman and given life sentences, pleaded for leniency at their appeals trial Thursday.

They argued that the defendants had no way of knowing the victim and his partner were plainclothes officers investigating an alleged small-scale extortion scheme by the Americans.

Carabinieri Vice Brigadier Mario Cerciello Rega, 35, was hailed as a national hero after he was stabbed 11 times in the street near a Rome hotel where the Americans were vacationing in July 2019.

In the first trial, the court convicted Finnegan Lee Elder, now 22, and Gabriel Natale-Hjorth, now 21, of slaying the officer as well as of attempted extortion in connection with a botched attempt to buy some cocaine in a Rome nightlife district, resisting a public official and carrying an attack-style knife without just cause.

Elder has admitted stabbing Cerciello Rega but insisted he thought the victim was a thug connected to the botched drug purchase. He also testified during the first trial that the burly Cerciello Rega was on top of him, attempting to strangle him, so he pulled out a knife he carried with him and repeatedly stabbed the officer until he let go of him.

Natale-Hjorth testified at the first trial that he grappled with the slain officer’s plainclothes partner and was unaware of the slaying when he ran back to their hotel. He also testified that he hid the knife in their hotel room after the slaying.

In Italy, an accomplice can be charged with murder without directly taking part in a slaying. 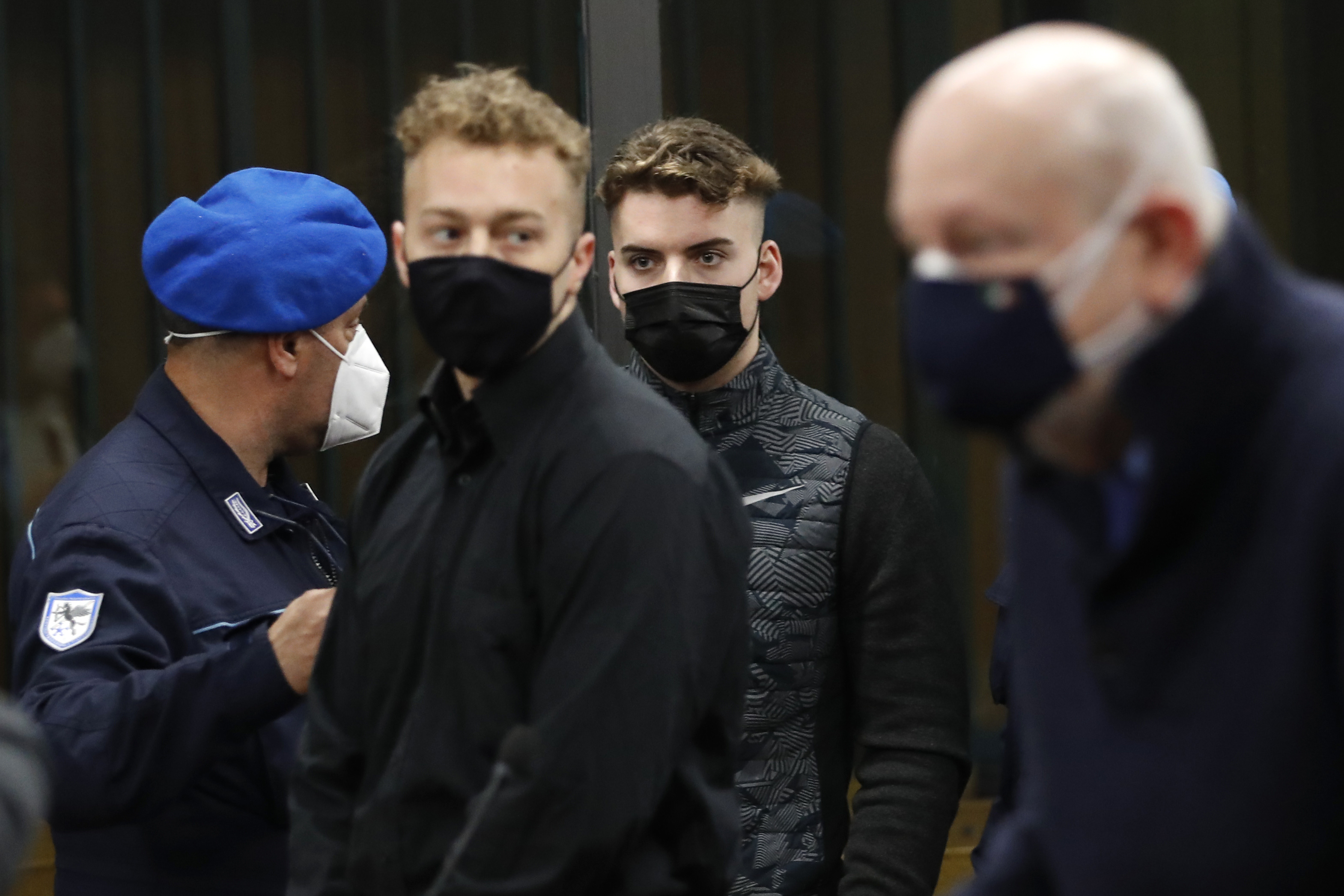 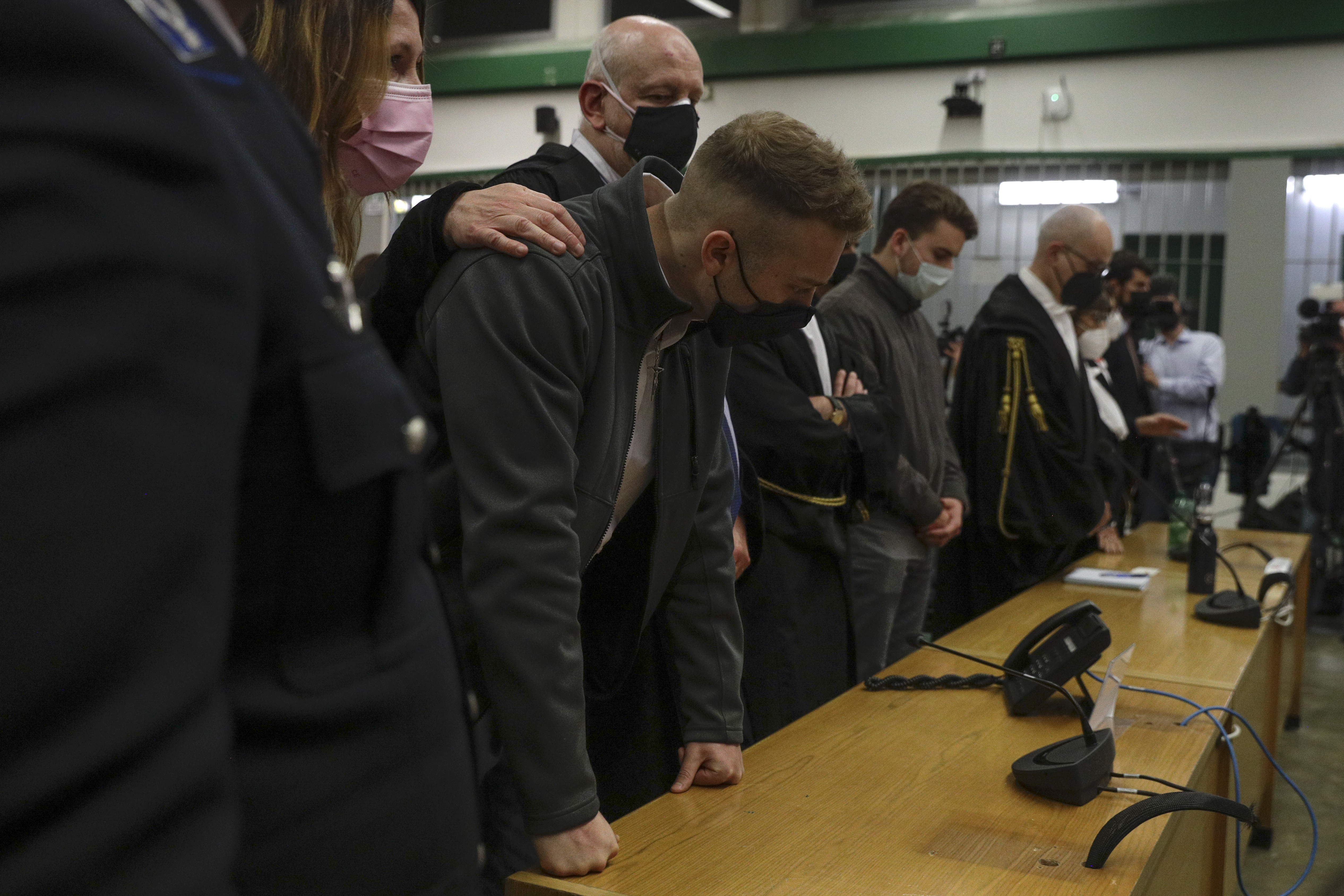 After citing alleged inconsistencies in Varriale’s testimony, a lawyer for Elder, Roberto Capra, urged the court to “significantly reduce” the punishment, arguing that a life sentence is tantamount to a “perpetual penalty taking away away all hope.”

He noted that a murder conviction under Italy’s penal code carries a sentence ranging from 14 years to life in prison.

“We have to think that a man can change. Don’t take away this hope from Finn,″ said Capra.

Prosecutors have alleged Natale-Hjorth concocted an extortion attempt to get back 80 euros ($88) the Americans paid for cocaine in a street deal but didn’t receive. Angered that they were swindled, the tourists snatched the knapsack of the deal’s alleged go-between and demanded their money back in exchange for returning the bag, with the go-between’s cell phone inside, the prosecution has alleged.

Both defendants testified in the first trial that neither Cerciello Rega nor fellow officer Andrea Varriale showed police badges when they confronted the then-teens on the street after being assigned to follow up on the alleged extortion bid.

When the appeals trial began last month, prosecutors argued for murder convictions anew. But they asked the court to reduce Natale-Hjorth’s sentence to 24 years while recommending that Elder’s punishment be upheld.

For the appeals, Judge Andrea Calabria decided to hear no witnesses but only arguments from prosecutors, defense and lawyers for civil parties, among them the widow of the slain officer, who had recently returned to duty after his honeymoon.

Natale-Hjorth’s lawyers will address the court next week. A verdict is expected on March 17 or 18.