No Verdict Yet in Trial of Officer Who Used Gun Instead of Taser, Killing Daunte Wright

The suburban Minneapolis police officer who says she meant to use her Taser instead of her gun when she shot and killed Black motorist Daunte Wright made a “blunder of epic proportions” and did not have “a license to kill,” a prosecutor told jurors on Monday shortly before they began deliberating in her manslaughter trial.

Kim Potter's attorney Earl Gray countered during closing arguments that the former Brooklyn Center officer made an honest mistake by pulling her handgun instead of her Taser and that shooting Wright wasn't a crime.

“In the walk of life, nobody’s perfect. Everybody makes mistakes," Gray said. “My gosh, a mistake is not a crime. It just isn’t in our freedom-loving country." 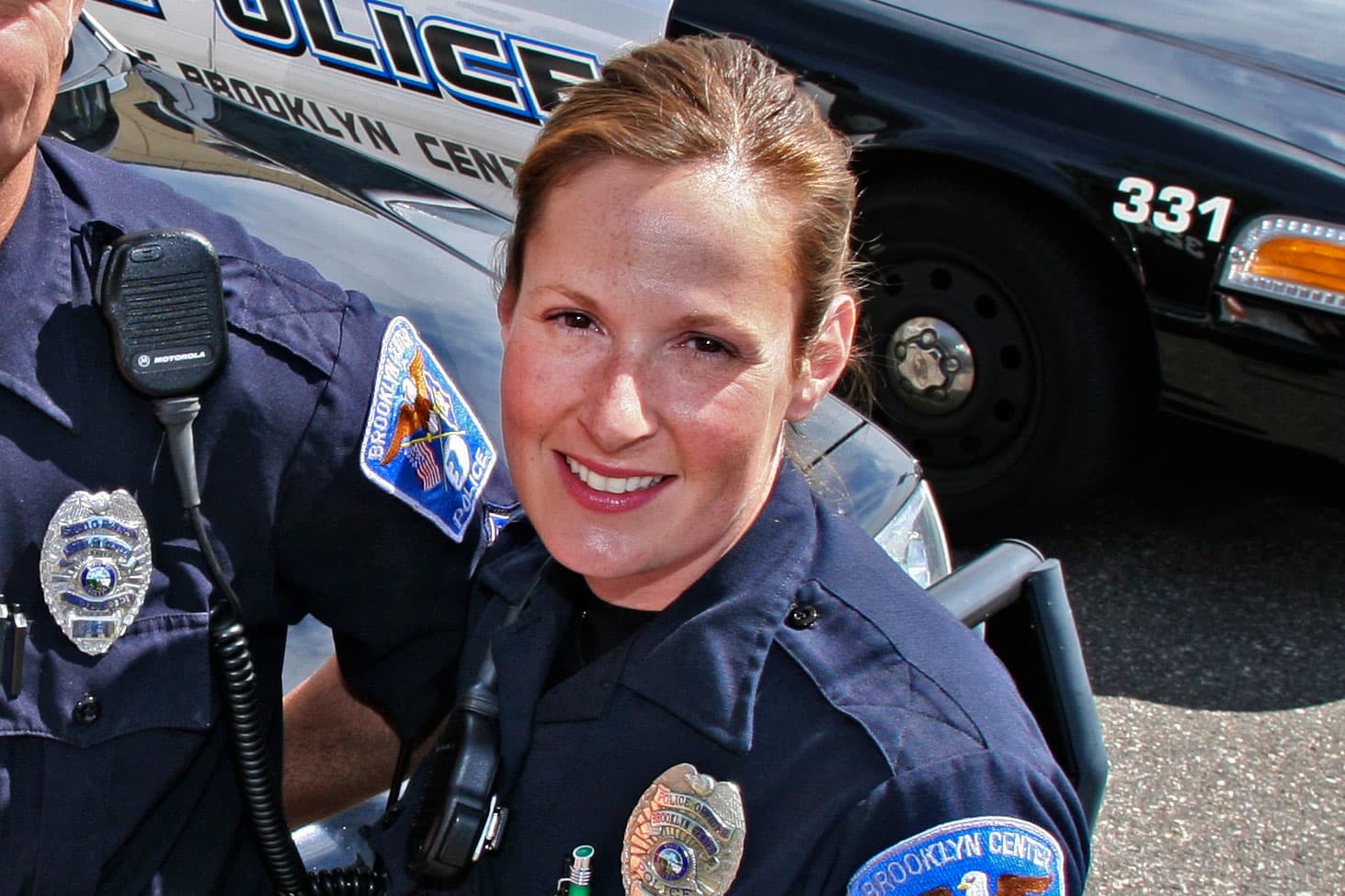 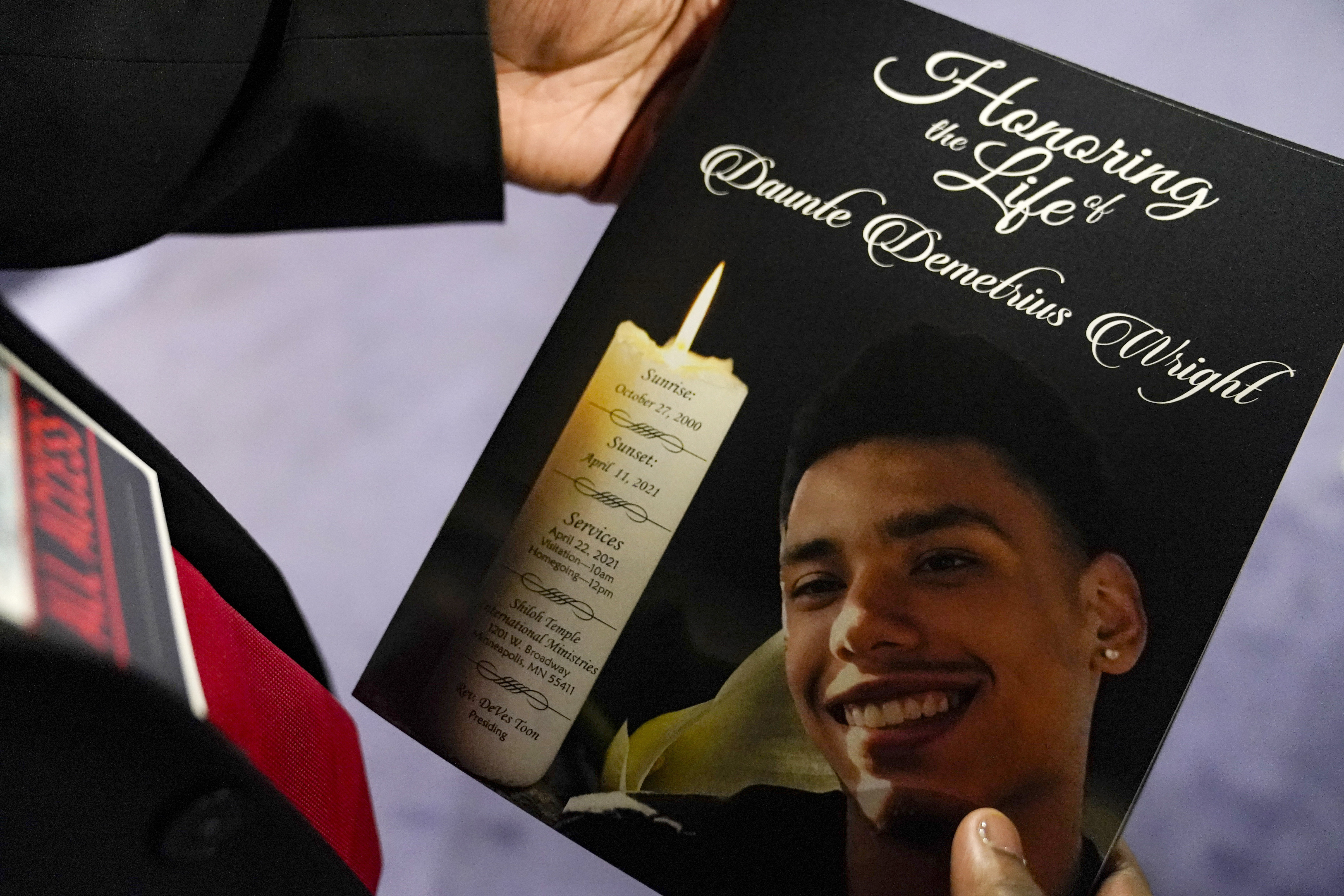 The mostly white jury began deliberating shortly before 1 p.m. and quit for the day around 6 p.m. without reaching a verdict. They will be sequestered until they finish. Potter, who is white, is charged with first- and second-degree manslaughter in the April 11 shooting, which came after Wright was pulled over for having expired license plate tags and an air freshener hanging from his rearview mirror.

Prosecutor Erin Eldridge said during her summation that Wright's death was “entirely preventable. Totally avoidable.” Claiming it was a mistake is not a defense, she said, pointing out that the words ”accident" and “mistake” don't appear in jury instructions.

“Accidents can still be crimes if they occur as a result of reckless or culpable negligence,” Eldridge said.

“She drew a deadly weapon,” Eldridge said. “She aimed it. She pointed it at Daunte Wright’s chest, and she fired."

Brooklyn Center Police Chief Tim Gannon released body camera footage of a police shooting incident that led to the killing of 20-year-old Daunte Wright. In the video, the officer who fired the shot that killed Wright can be heard yelling "Taser." Gannon says it is his belief the officer meant to pull a Taser and not a gun and the shooting was an "accidental discharge." The officer has been placed on administrative leave while an investigation is conducted.

Gray argued that Wright “caused the whole incident” because he tried to flee from police during a traffic stop. Potter mistakenly grabbed her gun instead of her Taser because the traffic stop “was chaos,” he said.

“Daunte Wright caused his own death, unfortunately," he asserted.

Potter, 49, testified Friday that she “didn’t want to hurt anybody,” that she was “sorry it happened” and that she doesn’t remember what she said or everything that happened after the shooting, as much of her memory of those moments “is missing.”

Eldridge said Monday that the case wasn’t about whether Potter was sorry.

“Of course she feels bad about what she did. … But that has no place in your deliberations,” she said.

Playing Potter’s body camera video frame by frame, Eldridge sought to raise doubts about Potter’s testimony that she fired after seeing “fear” on the face of another officer, then-Sgt. Mychal Johnson, who was leaning into the car’s passenger-side door and trying to handcuff Wright.

The defense has argued that Johnson was at risk of being dragged and that Potter would have been justified in using deadly force. But Eldridge pointed out to jurors that for much of the interaction Potter was behind a third officer, whom she was training, and that Johnson didn't come into her camera's view until after the shot was fired — and then it showed the top of his head as he backed away.

“Sgt. Johnson was clearly not afraid of being dragged,” Eldridge said. “He never said he was scared. He didn’t say it then, and he didn’t testify to it in court.”

2 days after a verdict in the Derek Chauvin trial, family and leaders mourned at the funeral of Daunte Wright, who was shot and killed by a police officer during an April 11 traffic stop. "This country's still got a problem that's got to be fixed before we're all equal," says attorney Thomas Bowers, who represents 1-year-old Daunte Wright Jr. and mother Chyna Whitaker.

Jurors sent a note to the judge Monday afternoon asking for the date that Potter spoke with Laurence Miller, a psychologist who testified for the defense. The judge told the jurors that all the evidence was in, “so you should rely on your collective memories.” They then returned to the jury room.

When Potter was testifying, she agreed with Eldridge that she had decided to use her Taser after she saw that Johnson looked scared. But Eldridge pointed out an inconsistency, saying that when Potter spoke to Miller, she told him she didn’t know why she used her Taser. Potter told the jury she didn’t recall saying that.

It wasn't clear from Potter's testimony when Miller interviewed her over Zoom.

Eldridge, in her closing argument, also noted that Potter put other people at risk when she fired her gun, highlighting that the third officer was so close to the shooting that a cartridge casing bounced off of his face.

“Members of the jury, safe handling of a firearm does not include firing it into a car with four people directly in harm’s way,” she said.

Gray started his closing argument by attacking Eldridge's summation, highlighting how she had played extremely slowed-down depictions of events that Potter saw in real time.

“Playing the video not at the right speed where it showed chaos, playing it as slow as possible … that’s the rabbit hole of misdirection,” Gray said. He also noted that Potter's body camera was mounted on her chest and gave a slightly different perspective than her own vision.

As prosecutors have done throughout the three-week trial, Eldridge stressed that Potter, who resigned from the police force two days after the shooting, was a “highly trained” and “highly experienced” 26-year veteran, and said she acted recklessly when she killed Wright.

“She made a series of bad choices that led to her shooting and killing Daunte Wright,” Eldridge said. “This was no little oopsie. This was not putting the wrong date on a check. ... This was a colossal screw-up. A blunder of epic proportions.”

Although there is a risk every time an officer makes a traffic stop, that didn't justify Potter using her gun on Wright after he pulled away from her and other officers as they were trying to arrest him on an outstanding weapons possession warrant, Eldridge said.

“This case is not about Daunte Wright,” Eldridge said. “Daunte Wright is not on trial. He’s not the reason we’re here today.”

Eldridge also downplayed testimony from some other officers who described Potter as a good person or said they saw nothing wrong in her actions: “The defendant has found herself in trouble and her police family has her back.”

Wright's death set off angry demonstrations for several days in Brooklyn Center. It happened as another white officer, Derek Chauvin, was standing trial in nearby Minneapolis for the killing of George Floyd.

Judge Regina Chu told jurors that intent is not part of the charges and that the state doesn’t have to prove she tried to kill Wright.

The judge said to prove first-degree manslaughter, prosecutors have to prove that Potter caused Wright’s death while committing the crime of reckless handling of a firearm. This means they must prove that she committed a conscious or intentional act while handling or using a firearm that creates a substantial or unjustifiable risk that she was aware of and disregarded, and that she endangered safety.

For second-degree manslaughter, the state must prove that she acted with culpable negligence, meaning she consciously took a chance of causing death or great bodily harm.

State sentencing guidelines call for just over seven years in prison upon conviction of first-degree manslaughter and four years for second-degree, though prosecutors have said they plan to push for longer sentences.