The roughly 21,000 federal firefighters working on the ground is more than double the number of firefighters sent to contain forest fires at this time a year ago

Thousands of Northern California homes were threatened Sunday by the nation's largest wildfire and officials warned the danger of new blazes erupting across the West was high because of unstable weather.

Thunderstorms that moved in starting Friday didn't produce much rain but whipped up winds and generated lightning strikes across the northern Sierra where crews were battling the month-old Dixie Fire. Extreme heat returned Sunday with temperatures expected to top 100 degrees (38 Celsius).

“We're definitely still dealing with the possibility of lightning. Winds are all over the place. Things are going to be pretty unstable for the next couple days,” said fire spokesman Edwin Zuniga.

Gusts of up to 50 mph (80 kph) on Saturday pushed flames closer to Janesville, a town of about 1,500 people just east of Greenville, the small gold rush-era community decimated by the fire 10 days ago. 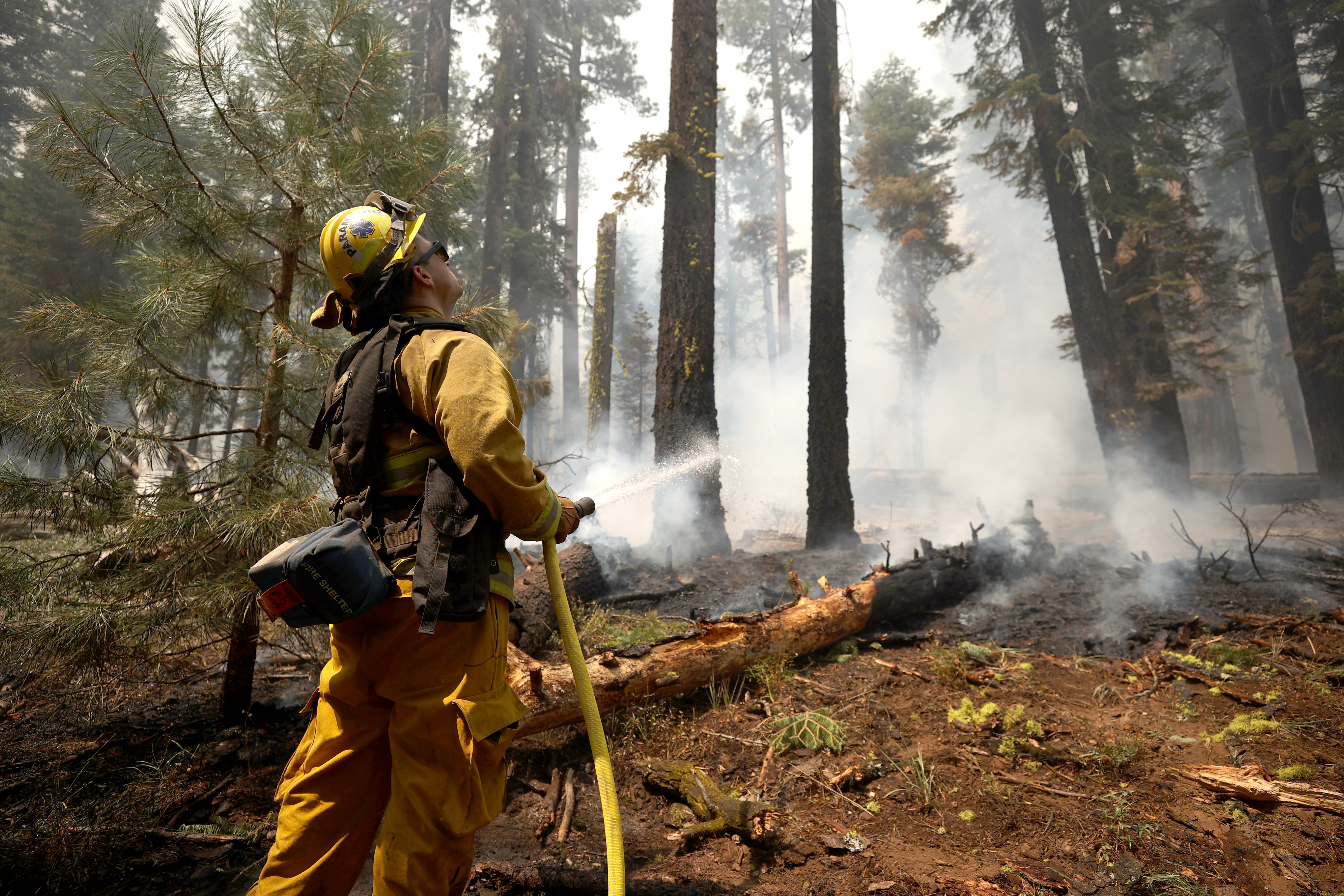 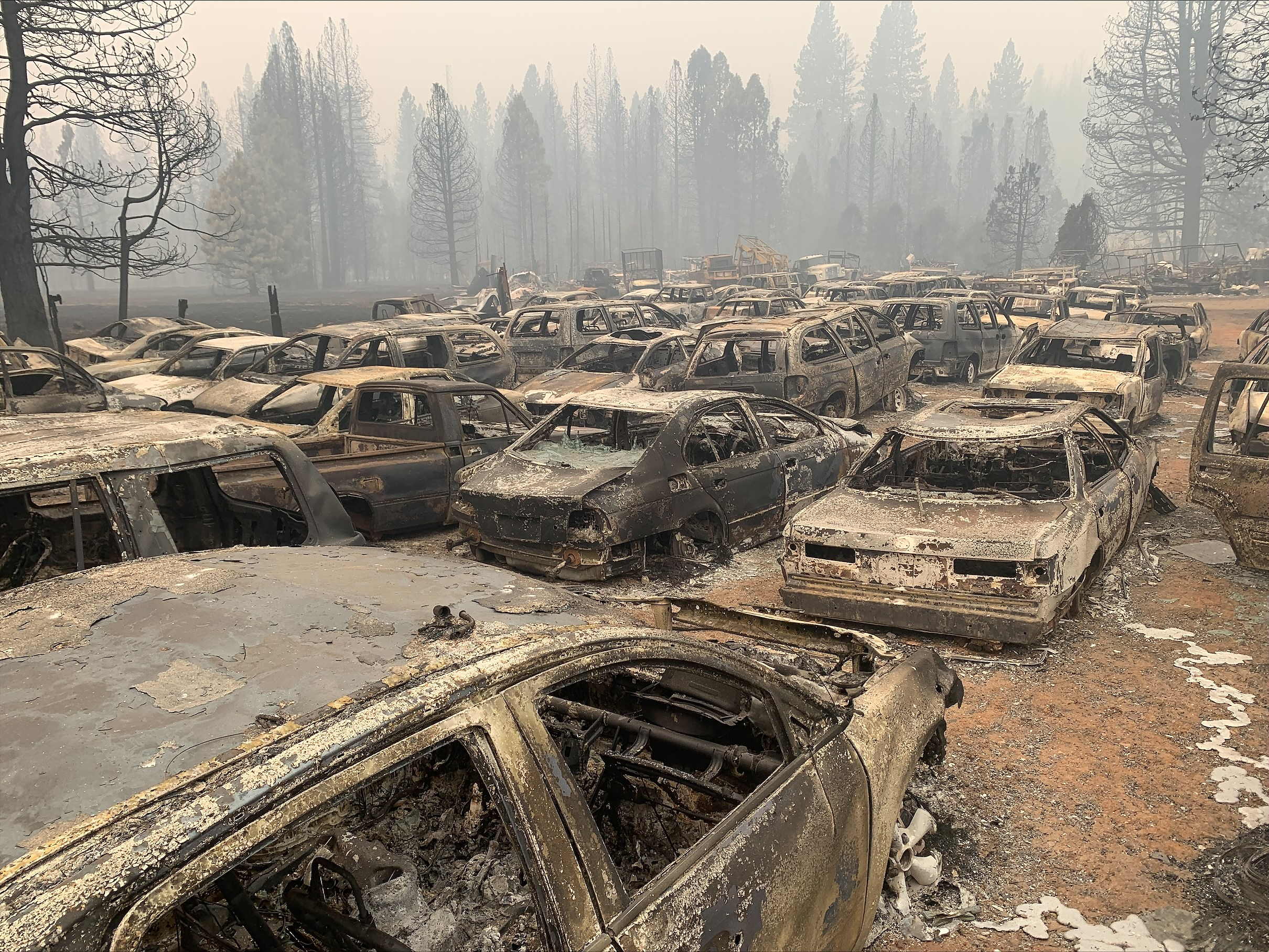 James Reichle evacuated from Greenville and has been sleeping with his dog in a trailer outside a church. His home survived the flames but he's been unable to return because the roads are closed. He said he feels for his neighbors at the evacuation center who lost everything.

“These are all people who either don’t have a home or don’t have access to a home. I still have a house standing, no damage. But I can’t get into it,” he said Saturday.

The Dixie Fire was the largest among more than 100 big blazes burning in more than a dozen states in the West, a region seared by drought and hot, bone-dry weather that turned forests, brushlands, meadows and pastures into tinder.

The U.S. Forest Service said Friday it is operating in crisis mode, fully deploying firefighters and maxing out its support system.

The roughly 21,000 federal firefighters working on the ground is more than double the number of firefighters sent to contain forest fires at this time a year ago, said Anthony Scardina, a deputy forester for the agency’s Pacific Southwest region.

More than 6,000 firefighters alone were battling the Dixie Fire, which has ravaged nearly 867 square miles (2,246 square kilometers) — an area the size of Tokyo. It was 31% contained on Sunday.

Near Taylorsville, California, some firefighters on Sunday were monitoring a bear cub who was possibly orphaned in the fire. The emaciated cub was awaiting extraction from the burn-scarred area by a wildlife rescue team.

“Generally if you see them with a sow or a mother bear, they’ll stay with the mother bear and run off,” said firefighter Johnnie Macy, who was deployed from Golden, Colorado to battle the Dixie Fire. “This bear hasn’t done that, so because of that we think that the bear’s orphaned as a result of the fire.”

More than 1,000 homes and businesses have been destroyed and nearly 15,000 structures were still under threat.

The cause has not been determined. Pacific Gas and Electric has said the fire may have been sparked when a tree fell on its power line.

Meanwhile, a small wildfire that blew up Saturday east of Salt Lake City, temporarily shutting down Interstate 80 and leading to evacuation orders for some 8,000 residences, was caused by a vehicle with a malfunctioning catalytic converter, Utah Fire Info said.

A few hundred miles to the south, evacuations were ordered Sunday after a blaze that broke out the night before churned through California forestland near the remote community of Omo Ranch. There was no containment of the Caldor Fire burning in El Dorado County, about 60 miles (73 kilometers) east of Sacramento.

The fires were caused by heat from coal seams, the deposits of coal found in the ground in the area, said Peggy Miller, a spokeswoman for the fires.

Mandatory evacuations for the tribal headquarters town of Lame Deer were lifted Sunday, but remained in place for those with medical conditions. Heavy smoke led to unhealthy air quality across much of the state early Sunday afternoon, according to the state Department of Environmental Quality.

In southeastern Montana, firefighters gained ground on a pair of blazes that chewed through vast rangelands and at one point threatened the Northern Cheyenne Indian Reservation.

Hot weather and bone-dry conditions in Oregon could increase fire risks through the weekend, forecasters said.

Climate change has made the U.S. West warmer and drier in the past 30 years and will continue to make the weather more extreme and wildfires more destructive, according to scientists.