At least 88 people were rescued by the Montana National Guard over the past few days from campsites and small towns, and hundreds of homes, including nearly 150 in Red Lodge, were damaged by muddy waters

This gateway town to Yellowstone National Park has become a dead end, a casualty of the severe flooding that tore through one of America’s most beloved natural attractions and swept away roads, bridges and homes.

The unprecedented flood has closed the entire park and forced the evacuation of 10,000 visitors. And towns like Red Lodge that lead to Yellowstone's northern entrances and rely on tourists passing through could suffer all summer.

Officials have said the park's southern part, which features Old Faithful, could reopen as soon as next week. But the north end, which includes Tower Fall and the bears and wolves of Lamar Valley, could stay closed for months after sections of major roads inside Yellowstone were washed away or buried in rockfall. Roads leading to the park also have widespread damage that could take months to repair.

Red Lodge is facing a double disaster: It will have to clean up the damage done by the deluge to parts of town and also figure out how to survive without the summer business that normally sustains it for the rest of the year.

“Winters are hard in Red Lodge,” Chris Prindiville said as he hosed mud from the sidewalk outside his shuttered cafe, which had no fresh water or gas for his stoves. “You have to make your money in the summer so you can make it when the bills keep coming and the visitors have stopped.”

At least 88 people were rescued by the Montana National Guard over the past few days from campsites and small towns, and hundreds of homes, including nearly 150 in Red Lodge, were damaged by muddy waters. One large house that was home to six park employees in the town of Gardiner was ripped from its foundation and floated 5 miles (8 kilometers) downstream before sinking. No deaths or serious injuries have been reported.

Red Lodge was under a boil-water advisory, and trucks supplied drinking water to half of the town that was without it. Portable toilets were strategically placed for those who couldn’t flush at home.

The Yodeler Motel, once home to Finnish coal miners, faced its first shutdown since it began operating as a lodge in 1964. Owner Mac Dean said he is going to have to gut the lower level, where 13 rooms flooded in chest-high waters.

The floods triggered Yellowstone National Park to close and caused damage in nearby Montana.

“Rock Creek seemed to take in its own course,” he said. “It just jumped the bank and it came right down Main Street and it hit us.”

Dean had been counting on a busy summer tied to the park's 150th anniversary. The Yodeler had the most bookings in the 13 years Dean and his wife have owned the business. Now he's hoping to get some help, possibly from the Federal Emergency Management Agency.

“The damage is catastrophic,” he said. “We’re between a rock and a hard place. And if we don’t get some assistance, we’re not gonna make it.”

Yellowstone is one of the crown jewels of the park system, a popular summer playground that appeals to adventurous backpackers camping in grizzly country, casual hikers walking past steaming geothermal features, nature lovers gazing at elk, bison, bears and wolves from the safety of their cars, and amateur photographers and artists trying to capture the pink and golden hues of the cliffs of the Grand Canyon of Yellowstone and its thundering waterfall.

All 4 million visitors a year have to pass through the small towns that border the park's five entrances.

The flooding — triggered by a combination of torrential rain and rapid snowmelt — hit just as hotels around Yellowstone were filling up with summer tourists. June is typically one of Yellowstone’s busiest months.

The tourism season had started well for Cara McGary who guides groups through the Lamar Valley to see wolves, bison, elk and bears. She had seen more 20 grizzlies some days this year.

Now, with the road from Gardiner into northern Yellowstone washed out, the wildlife is still there, but it’s out of reach to McGary. Her guide business, In Our Nature, is suddenly in trouble.

“The summer that we prepared for is not at all similar to the summer that we’re going to have,” she said. “This is an 80% to 100% loss of business during the high season.”

In Gardiner, where the park’s north entrance is located, the town escaped flooding but briefly became home to hundreds of park visitors stranded when the road into town was closed off along the surging Yellowstone River. They didn’t stick around when it reopened Tuesday.

“Town is eerie right now,” Katie Gale said Wednesday. “We had all those folks trapped in here, and then as soon as they opened the road … it was just like someone just pulled the plug in bathtub.”

Officials and business leaders are hoping Gardiner, Red Lodge and other small communities can draw visitors even without access to the park.

Sarah Ondrus, owner of Paradise Adventure Company, that rents out cabins and “glamping” tepees and offers rafting, kayaking and horseback riding trips, was frustrated she was getting so many cancellations.

“Montana and Wyoming still exist. I don’t know how I can convince these people,” Ondrus said. “Once our water quality is good and our law enforcement thinks it’s OK, we’re good to go again. It’s still a destination. You can still horseback ride, go to cowboy cookouts, hike in the national forest.”

That could be a tall order for anyone coming from the south or east sides of the park who had hoped to exit in the north. After the southern portion of the park reopens, it would take an almost 200-mile (320 kilometers) detour through West Yellowstone and Bozeman to reach Gardiner. It would require a nearly 300-mile (480 kilometers) drive from Cody, Wyoming.

Montana Gov. Greg Gianforte, a Republican, has faced criticism from Democrats and members of the public for being out of the country during the disaster.

Spokesperson Brooke Stroyke said the governor had left last week on a long-scheduled personal trip with his wife and was due back Thursday. She would not say where he was, citing security reasons. 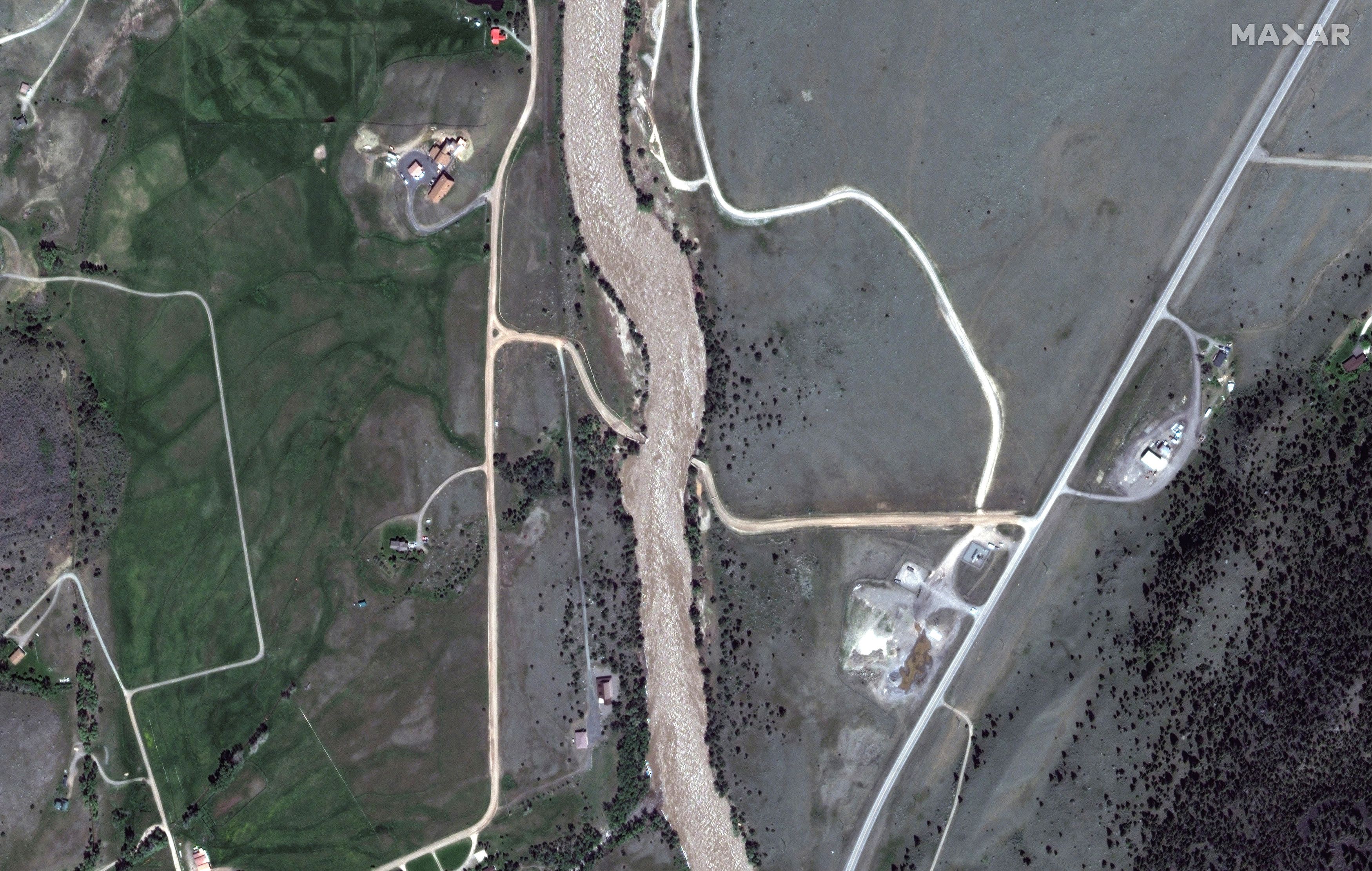 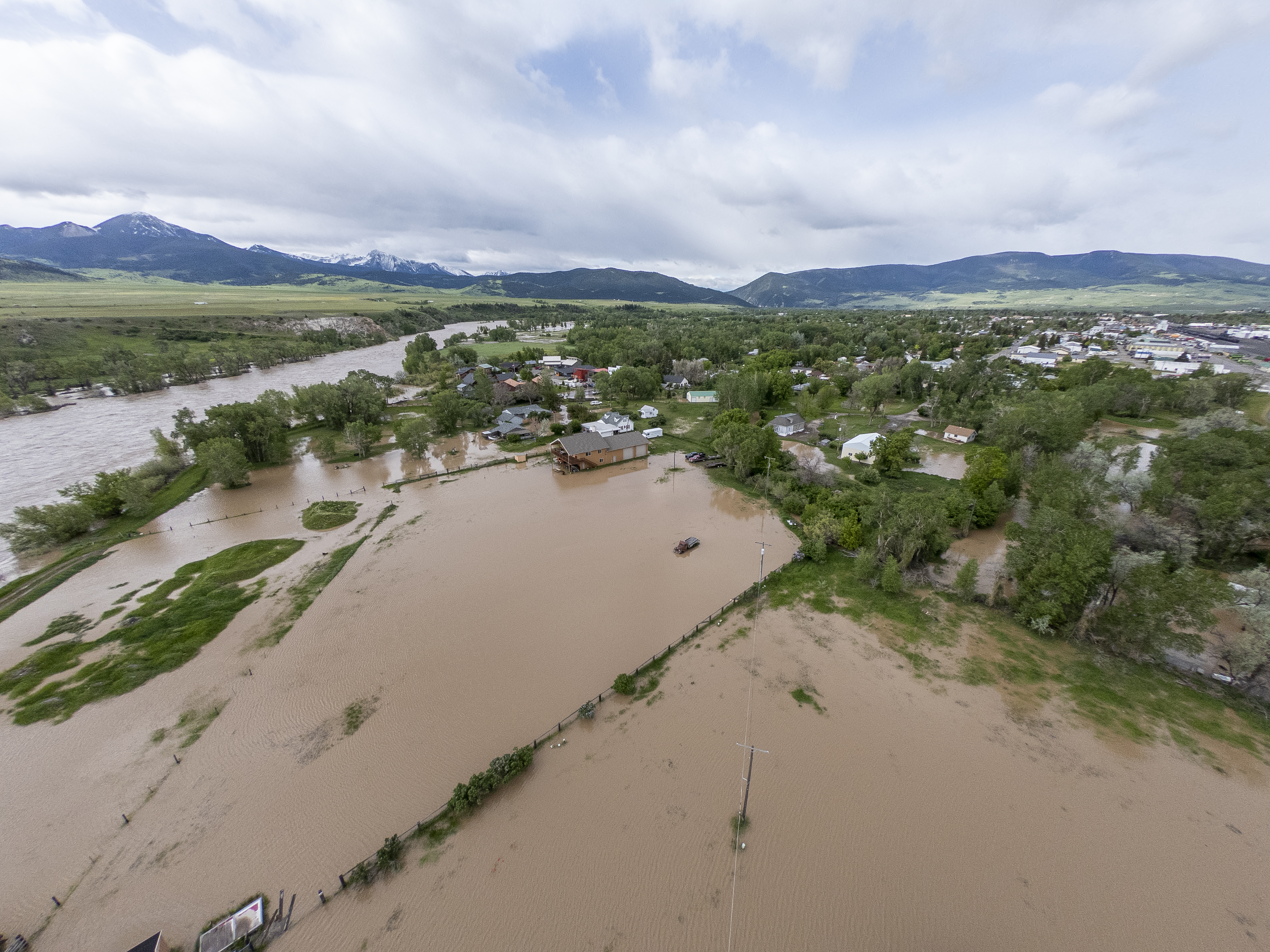