Talking to Kids About Virus? Experts Say Be Calm and Honest

Some parents said they are checking in with their kids about the virus daily, while others worry talking about it could make their kids more anxious or fearful

It was a routine game of schoolyard tag — except the children had dubbed this version “coronavirus.” The kids ran around and tagged one another, but instead of being "it," they “caught” the virus.

Children like the ones a reporter saw playing recently at a school in Washington, D.C., are becoming more aware of the coronavirus — though they may not fully understand it or know how seriously to take it — as it begins to affect their daily lives with school closures and event cancellations, restrictions on travel, and the NBA nixing the rest of its season.

Many parents are now deciding how to talk to their children about the virus. Some said they are checking in daily, while others worry talking about it could make their kids more anxious or fearful.

“We talk about it a lot. I watch the news every morning, and they're always watching it, too,” said Nicole Poponi, mother of Clara, 10, and Jane, 12, in the Philadelphia suburb of Audubon, New Jersey.

Both girls said they've talked a little about the virus at school, but Jane, who is a few grades ahead, said she has talked about it much more, including in science lessons.

Beth Young, who lives in Fort Mill, South Carolina, said she has decided to limit the conversation with her four kids, ages 8, 10, 12 and 15.

“I don't want to doom and gloom them into being afraid of getting sick because, let's face it, kids get sick pretty often," she said. “And I don't need a sniffle to turn into them worrying about dying.”

For most people — including children — the new coronavirus, which causes a disease called COVID-19, results in only mild or moderate symptoms, such as fever and cough. For others, especially older adults and people with existing health problems, it can cause more severe illness, including pneumonia.

The vast majority of people recover. According to the World Health Organization, which has declared the outbreak a pandemic, people with mild illness recover in about two weeks, while those with more severe illness may take three to six weeks to recover.

Child psychology experts' advice is to be reassuring, focus on proactive steps and do research to truthfully answer children's questions.

NBCLX’s Clark Fouraker caught up with Dr. Daniel J Barbaro from the Texas Centers for Infectious Disease Associates to examine the spread of the coronavirus using the board game “Pandemic.”

In Kathleen McEvoy's house in Norton, Massachusetts, she and her husband, Thom Daly, decided they wanted to talk with their 8-year-old daughter, Kennedy, before something like a quarantine or school closure was announced.

“We thought it would be confusing and scary for a kid if they were told that school has to be closed for two weeks,” McEvoy said. “We felt like it was important ... to give her a lot of information about how this might impact her life even if we don't know exactly how yet.”

McEvoy, 38, works as a paraprofessional at a different school district and said some second graders had talked about how they thought the virus was spread. Some thought they could catch it from eating Chinese food or from touching bats or pigs.

The teacher spent some time searching for an age-appropriate video to help them understand how the virus is actually spread, McEvoy said.

News4's Chris Gordon talks to a woman who teaches her children online.

It's important to reassure children, to ask whether they have questions and to stress safety, said Dr. Jamie Howard, a clinical psychologist at the nonprofit Child Mind Institute. The institute and the Centers for Disease Control and Prevention both offer tips on talking to children.

Some teachers and coaches are working to dispel any idea that the virus, which was first recorded in China, is tied to ethnicity or race.

Seattle Public Schools posted on its website that misinformation has led to fear and hostility, and it urged students to combat racism and bias.

“We are aware of reports that some of our Asian students have been targeted and discriminated against in connection to COVID-19. This is unacceptable and contrary to our values of racial equity and social justice,” district leaders wrote. 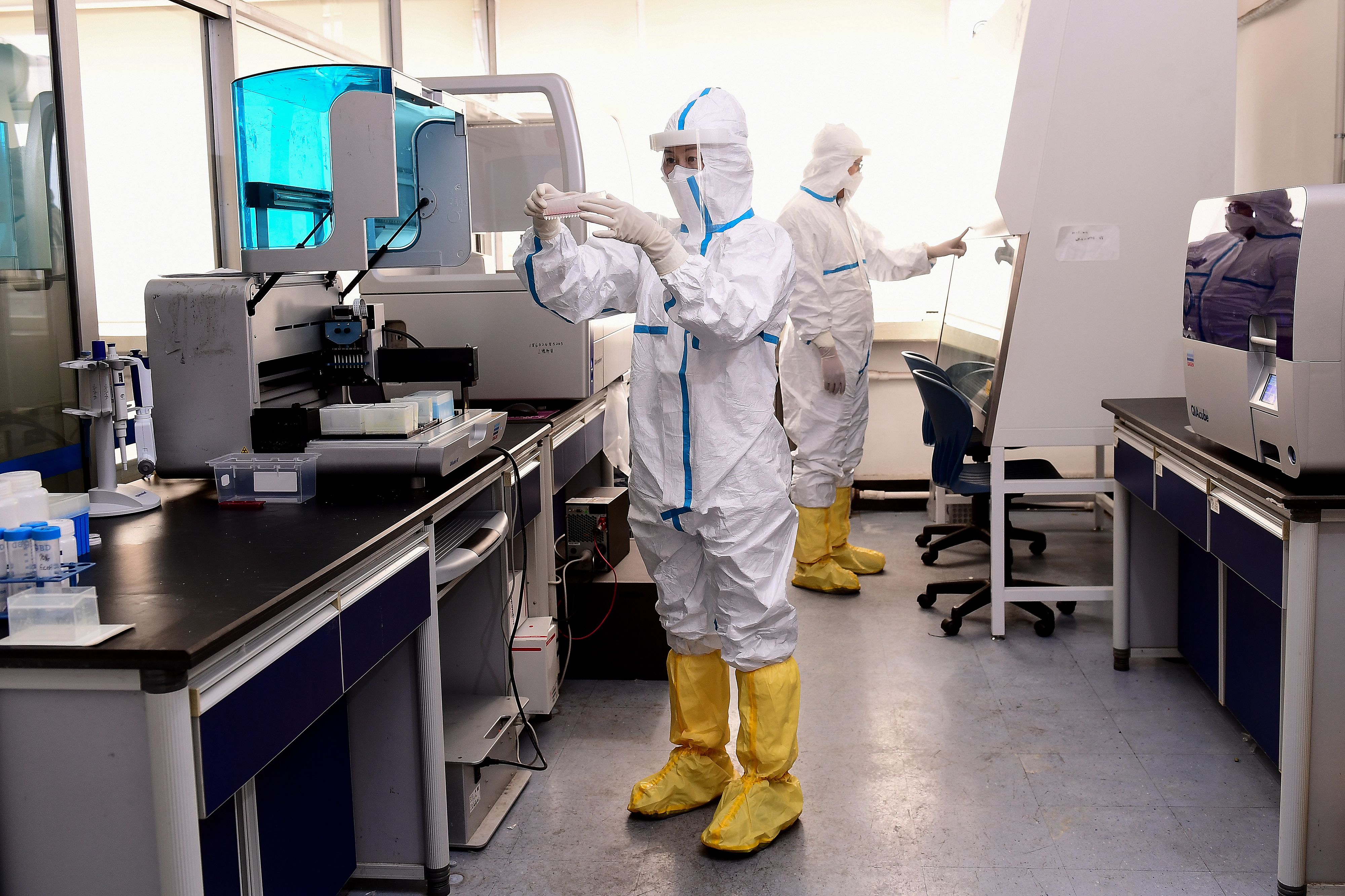 Human Trials for a Coronavirus Vaccine Could Begin ‘Within a Few Weeks': Official 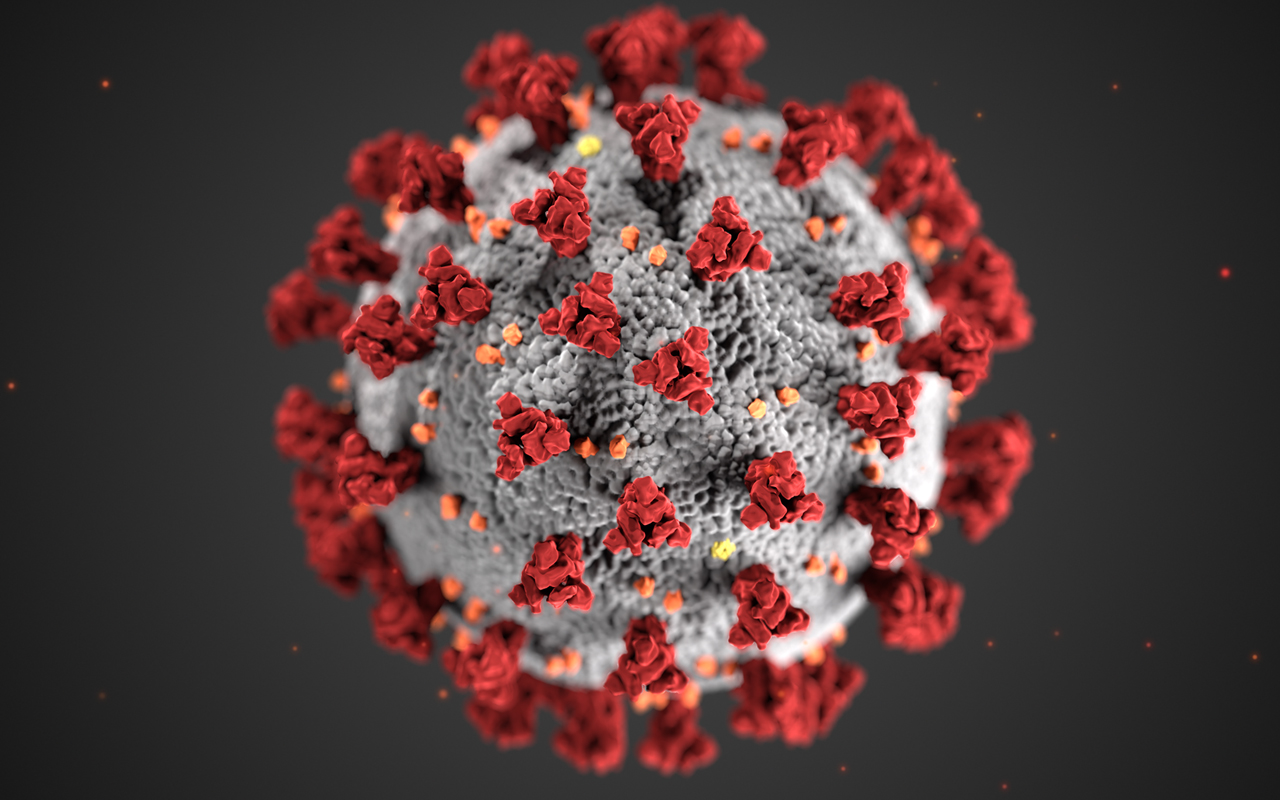 Americans Snap to Attention on Virus as Big Events Canceled

Lacy Hilbrich's two daughters, ages 14 and 18, are part of an online school that has students from all over the world. They live near Houston, but some of her daughters' classmates are in countries where there are quarantines in place.

The virus, she said, has been part of her family's daily discussion.

“In our family we all talk about it, so it’s pretty open and so they’re not hiding anything from us,” said daughter Ally, 14. “And I think that’s helped a lot.”

Parents should explain that measures like wearing face masks and closing schools are preventative and temporary, Howard said. She urged them to take a page from Mister Rogers, who taught kids to “focus on the helpers” — what doctors, teachers, parents and scientists are doing to keep them safe.

Whatever the conversation looks like, Howard said, parents should not collude in their child's anxiety by refusing to go outside or by buying masks.

“In doing those behaviors, you're saying this is really dangerous and we really are in danger right now,” she said. “And that's not true, and it will make them more anxious.”

Lauer reported from Philadelphia. Associated Press writers Jamie Stengle in Dallas and Colleen Long in Washington contributed. The Associated Press receives support for health and science coverage from the Howard Hughes Medical Institute’s Department of Science Education. The AP is solely responsible for all content.