With the Israeli government enacting a series of emergency measures to stem the spread of the new coronavirus, Prime Minister Benjamin Netanyahu is facing growing accusations that he is exploiting the crisis to entrench himself in power and undermining the country's democratic foundations.

Amid a wave of sweeping restrictions that have put Israel in near shutdown mode, Netanyahu has managed to postpone his own pending criminal trial, authorize unprecedented electronic surveillance of Israeli citizens and block parliament from pressing ahead with legislation aimed at pushing him from office.

The moves, on the heels of the country's third inconclusive election in less than a year and under the shadow of Netanyahu's corruption indictment, sparked leading opposition figure Yair Lapid to tell Israeli citizens that they "no longer live in a democracy."

The new coronavirus has spread to more than 100 countries, infected more than 217,000 people worldwide and killed more than 8,700. For most people, it causes only mild or moderate symptoms, such as fever and cough. For some, especially older adults and people with existing health problems, it can cause more severe illness, including pneumonia. The vast majority of people recover from the new virus. 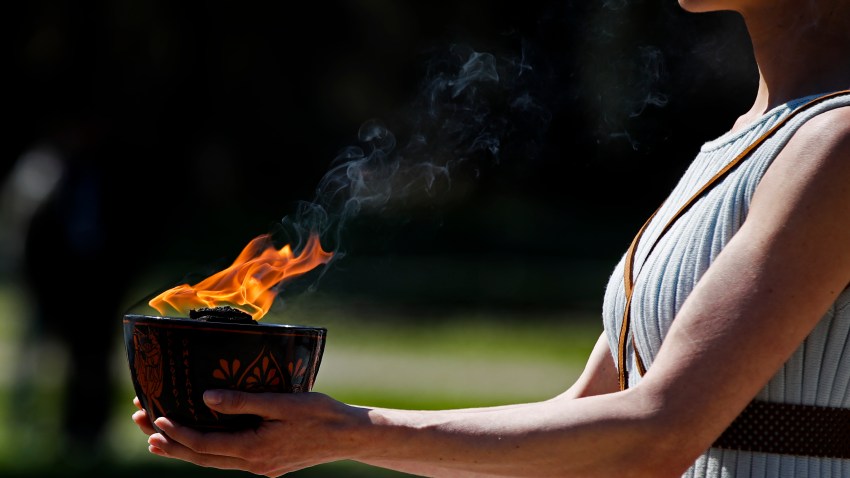 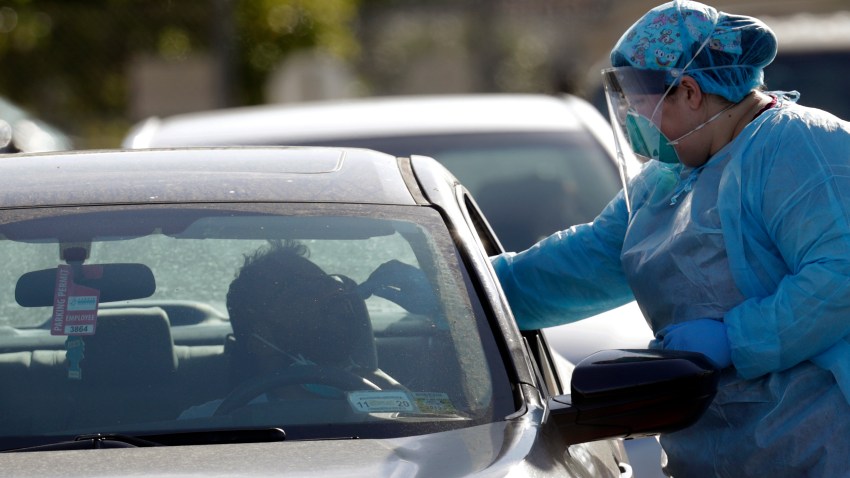 How Long Will Americans Be Fighting the Coronavirus?

Israeli health officials have diagnosed over 400 coronavirus cases, roughly a quarter of them detected in the last 24 hours.

With the numbers quickly rising, authorities have issued a series of tough guidelines that have brought the country to a standstill. People have been instructed to stay home, tens of thousands are in home quarantine and foreigners have been banned from entering the country.

Most controversially, the Israeli government instructed the shadowy Shin Bet internal security service to start deploying the agency's phone surveillance technology to help curb the spread of the new coronavirus in Israel by tracking the moves of the infected.

The surveillance in Israel has sparked widespread criticism from lawmakers and civil rights groups. Opponents planned to file a Supreme Court challenge on Thursday.

President Donald Trump threatened to withhold aid from Palestinians if they do not cooperate with Israel on peace talks. This follows Trump's controversial decision to recognize Jerusalem as Israel's capital in 2017.

Many of the measures are not unique to Israel. In neighboring Jordan, King Abdullah II has shut the country's court system and parliament, as part of an effort to stem the outbreak. Abdullah, who is not elected, appears to have won wide public support for his handling of the crisis.

The British government plans to introduce a bill in Parliament on Thursday that will give authorities stronger powers to respond to the pandemic. Many of these are relatively uncontroversial — like allowing retired doctors to return to work without taking a hit on their pensions. But critics have raised questions about some proposals, including a move to give police and immigration officers
"powers to detain people and put them in appropriate isolation facilities if necessary to protect public health."

The emergency legislation is due to have a two-year time limit, but opposition lawmakers want a shorter cut-off date.

In Israel, Netanyahu has thrived in the crisis, delivering stern televised addresses to the nation each evening.

Presenting himself as the responsible adult steering the country through an unprecedented crisis, he has defended the tough steps, including the electronic surveillance, as measures that he has reluctantly been forced to impose to save lives while his opponents are focused on petty politics.

U.S. President Donald Trump and Israeli Prime Minister Benjamin Netanyahu discussed the strength of the U.S.-Israel relationship, the international nuclear deal with Iran and Middle Eastern stability at a joint press conference in Israel on May 22, 2017.

In a televised interview Wednesday, Netanyahu said that during his 11 years as prime minister, he had previously always refused to use surveillance on Israeli citizens. He said there would be "maximum oversight" to protect privacy concerns.

"The last thing I will do is harm democracy," he said.

The liberal Haaretz daily responded Wednesday with a lead editorial titled "An Epidemic of Surveillance."

"Under the cover of the battle against the spread of the coronavirus, Interim Prime Minister Benjamin Netanyahu is concentrating more and more power in his hands, with neither balances nor supervision," it wrote. "At this time of emergency, and in order to keep from sliding down the slippery slope, it is critical to maintain proportionality and oversight."

Following the March 2 election, Netanyahu has the support of only 58 lawmakers, leaving him three short of a majority in the 120-seat Knesset. Sixty-one lawmakers have come out in support of his opponent, Blue and White party leader Benny Gantz, while one refuses to endorse either side.

Backed by a narrow majority, Gantz, a former military chief, was tasked by Israel's president this week to try to form a new government.

In the meantime, Netanyahu has used a series of executive orders and other tactics to push forward his agenda while preventing parliament from convening.

The phone-surveillance plan was approved by the Cabinet in the middle of the night, without the traditional parliamentary oversight that is customary for such decisions.

Blue and White politician Gabi Ashkenazi, another former military chief who was supposed to oversee the committee, called Netanyahu's move a "heist in the dead of night."

Blue and White has also taken aim at Netanyahu and his Likud party for preventing the newly elected parliament from convening under the guise of virus-related restrictions on public gatherings.

President Donald Trump on Monday said he "never mentioned the word or the name Israel" during his recent meeting with Russian diplomats. Trump has been accused of divulging sensitive information to those officials. Trump's comments came during a news conference with Israeli Prime Minister Benjamin Netanyahu.

On Wednesday, Parliament Speaker Yuli Edelstein, a member of Likud, abruptly adjourned the Knesset, freezing Blue and White's plans to appoint new committees and advance legislation that could limit Netanyahu's time in office.

Netanyahu and Gantz held an emergency meeting this week to discuss the possibility of establishing a unity government to end the prolonged political paralysis. But progress appeared unlikely as they continued to bicker.

Earlier this week, Netanyahu's hand-picked justice minister, in the middle of the night, declared a state of emergency in the court system a day before Netanyahu's trial was to begin. The decree, citing the coronavirus crisis, postponed Netanyahu's trial until May.

In his TV interview, Netanyahu lashed back at his critics.

"While I manage the war against the coronavirus and the fight for saving the lives of citizens of Israel," he said, "they are only planning how to depose a prime minister."

Netanyahu critics have suggested that the crisis landed on the prime minister's lap at just the right time.

"The coronavirus will pass at some point or another," commentator Ben Caspit wrote in Maariv. "After we bury our dead, we are also going to have to administer last rites to our democracy."

Associated Press writers Jill Lawless in London and Omar Akour in Amman contributed to this report.