'It's on You': Philonise Floyd Implores Congress to Deliver Justice for His Brother

Philonise Floyd challenged Congress on Wednesday to “stop the pain" as lawmakers consider a sweeping law enforcement overhaul, so his brother George won't be just "another name” on a growing list of black Americans killed during interactions with police.

Floyd's appearance before a House hearing came a day after funeral services for George Floyd, the 46-year-old Minnesota man whose death has become a worldwide symbol in demonstrations over calls for changes to police practices and an end to racial prejudices.

“I’m here today to ask you to make it stop. Stop the pain,” Philonise Floyd told the silenced hearing room.

Afraid For My Life: Surviving a Police Traffic Stop with My Kids 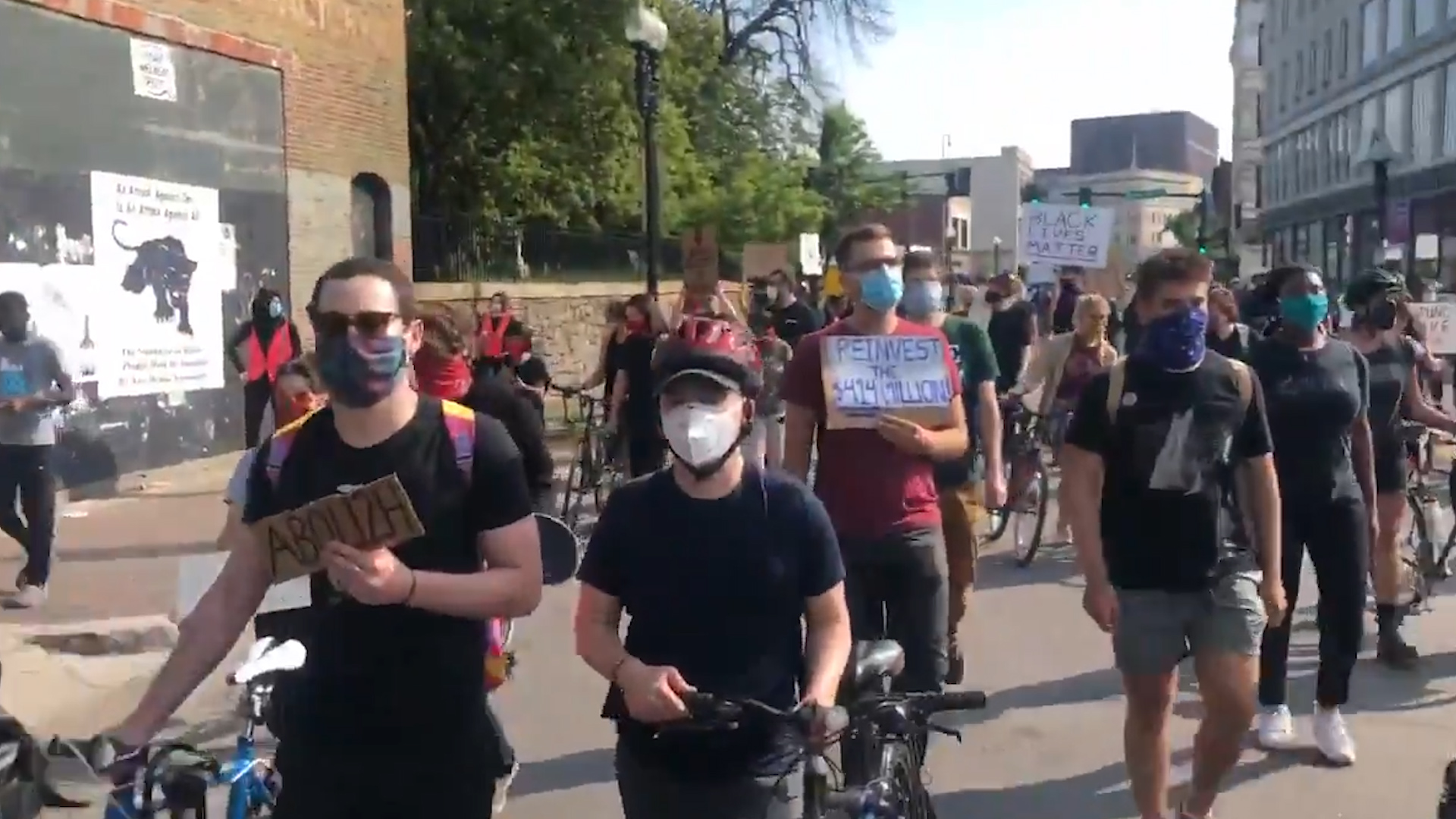 Choking back tears, he said he wants to make sure that his brother, whom he called “Perry,” is “more than another face on a t-shirt, more than another name on a list that won’t stop growing.”

Floyd challenged lawmakers, "Be the leaders that this country, this world, needs. Do the right thing.”

House Judiciary Committee Chairman Jerrold Nadler gaveled in the session, many lawmakers and witnesses masked during the COVID-19 outbreak, as Democrats review the Justice in Policing Act, a far-ranging package of proposals amid a national debate on policing and racial inequity.

Lawmakers also heard testimony from civil rights and law enforcement leaders as Congress considers the changes to police practices and accountability after Floyd's death in police custody and the mass protests that followed.

Speaking to the House Judiciary Committee Wednesday, George Floyd's brother Philonise Floyd said George was the first in the community to get a scholarship. "He made everybody else feel like they could get one, too," Floyd said.

Republicans are criticizing activists who want to “defund the police” -- a catch-all term for shifting law enforcement resources — though the Democratic bill does not call for that. President Donald Trump and allies have seized on the word to portray Democrats as extreme as GOP lawmakers rush to come up with their own proposals.

“The American people understand that it’s time for a real discussion," said Rep. Jim Jordan of Ohio, the ranking Republican on the panel. But he said what they also understand is that “it is pure insanity to defund the police.”

For hours, witnesses described what one called a “lynching” over what happened to Floyd on May 25, and others placed his death alongside those of other African Americans that have created a tally becoming difficult for lawmakers in Congress to ignore.

As the investigation into Breonna Taylor's deadly police shooting continues, law enforcement expert Andy Harvey gives critical insight on the "no knock-warrant" that could mean the difference between your life and death.

Rep. Karen Bass, D-Calif., the chairman of the Congressional Black Caucus, which is leading the legislative effort, said the proposed changes reflect a nation coming to grips with a history of racial injustice.

“This is about the kind of America we all want to see,” said Bass.

The Democrats’ legislation would create a national database of police misconduct, ban police choke holds and loosen “qualified immunity” to make it easier for those injured to seek damages in lawsuits, among other changes. The proposals don’t go as far as some activists want to defund police departments for other community services. They do, however, make available grant money for states to reimagine ways of policing.

Republicans as well as Democrats have called for a national registry of use-of-force incidents, so police officers cannot transfer between departments without public awareness of their records.

Rep. James Sensenbrenner, R-Wis., said the “depravity” he said he saw in the video of Floyd’s death “burned in my soul.” He welcomed a new database and also called for police chiefs to get rid of “bad apples.”

There is also growing bipartisan support for increasing the use of police body cameras, ending no-knock warrants as police used to enter the home of Breonna Taylor who was killed in Louisville, Kentucky, and other changes to police practices and oversight.

White House press secretary Kayleigh McEnany said Wednesday that Trump was still looking at different options. She said the administration was making “final edits” on a proposal for release “in the coming days.”

Philonise Floyd's testimony captivated the room as he recounted what he saw in the widely viewed video as an officer pressed a knee into George Floyd's neck while other police stood by. The one officer, Derek Chauvin, is now charged with murder, and three others also face charges.

Uche Bean shares the story of a traffic stop that revealed her children's budding fear of the police.

“He called all of the officers ‘sir," said Philonise Floyd. “He still called them ‘sir’ as he begged for his life."

“His life mattered,” the brother said. He broke down at one point over the images. At another, he said he wonders every day if he will be “next.”

“They lynched my brother,” he said.

Within the wrenching testimony were many of the core issues being debated as part of the police overhaul. Those include questions about whether it's appropriate to have police officers respond to minor offenses -- Floyd was accused of passing a counterfeit $20 bill at a neighborhood market -- and the use of force to detain suspects.

“I am asking you, is that what a black man’s life is worth? Twenty dollars?” Philonise Floyd asked.

Asked if he could think of any reason for the incident, Floyd told Nadler his brother and Chauvin both worked at the same place.

“I think it was personal,” Philonise Floyd testified.

Minnesota Attorney General Keith Ellison said Wednesday investigators are looking into a report from CBS News that the men had “bumped heads” working at the El Nuevo Rodeo nightclub in Minneapolis.

Millions of people have spilled into city streets in the U.S. and abroad to protest the death, many embracing the “Black Lives Matter” movement that was launched after the 2014 death of Michael Brown at the hands of police in Ferguson, Missouri. However, the current demonstrations have marked a more diverse, mainstream moment.

“I want America to know, we hear you,” said Art Acevedo, the police chief in Houston and president of the Major City Chiefs Association.

After artists painted a street leading to the White House with "Black Lives Matter," other cities have followed with their own street art.

Rev. Darrell Scott, who is part of Trump's national diversity coalition, blasted activists' push to dismantle police departments as "one of the most unwise, irresponsible proposals” ever.

Scott noted he, like many black men, has been pulled over by police for “driving while black,” as he put it.

“I could very easily have been George Floyd,” he testified. “However, I do not recommend throwing out the baby with the bathwater.”

The committee also heard from Angela Underwood Jacobs, the sister of a black law enforcement officer, Dave Patrick Underwood, who was shot and killed while guarding a federal courthouse in California during the protests that followed Floyd’s death.

Underwood Jacobs, a former Republican candidate for Congress, called for justice for Floyd and also for her brother. She said the idea of defunding the police was “ridiculous.” But she also urged the lawmakers to find answers.