Jimmy, Rosalynn Carter to Mark 70 Years ‘Even Closer Together'

When doctors told Jimmy Carter they had found four small tumors on his brain, the former president and his wife, Rosalynn, feared his life could end within weeks.

"I didn't know what I was going to do," the former first lady said Wednesday. "I depend on him when I have questions, when I'm writing speeches, anything, I consult with him."

Nearly a year later, the former first couple is preparing to celebrate their 70th wedding anniversary July 7. Jimmy Carter has said his doctors found no sign of cancer in recent scans and he has stopped receiving regular doses of a drug that helps his immune system fight the disease.

The couple spoke with The Associated Press before heading to Maryland for an annual fundraising retreat for The Carter Center, the human rights organization they founded in 1982.

"We expected my life to be over," Jimmy Carter, 91, said. "We had to accommodate that crisis, and then I got treatment and it started working."

"We've been through that ordeal, and I'd say it's brought us even closer together," the former president said. "And we've begun to think about the consequences of that, but now have a big sigh of relief."

FDA Panel Rejects Widespread Booster Use But Endorses for Ages 65+ 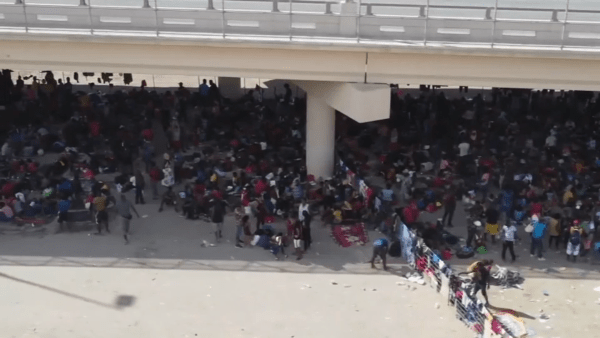 The Carters' work at the human rights organization has kept them in the public eye since the mid-1980s. They traveled the world together to monitor elections and speak on health issues and human rights. Rosalynn Carter also maintained her focus on mental illness, hosting events and speaking about ways to reduce stigma of such diseases.

But their private life is just that. Both say they are happiest at home in the small town of Plains, Georgia, where they met as children more than 80 years ago. They plan to mark their anniversary date at the home built before Jimmy Carter entered politics.

"It's all too rare" to get time there together, Jimmy Carter said.

Jimmy's sister, Ruth, was one of Rosalynn Smith's best childhood friends. As teenagers, the girls tried to pair up shy Rosalynn with the future president whenever he returned home on visits from the U.S. Naval Academy.

They succeeded in 1945, when Jimmy Carter's planned date for the evening was busy at a family reunion. He invited his sister's friend to a movie. The next morning, he recalls telling his mother Rosalynn Smith is "the one I'm going to marry."

Early the next year, he asked for her hand. She said no, according to Jimmy Carter's 2015 book "A Full Life," explaining that she promised before her father's death to finish college. He persisted in letters and phone calls, and she eventually accepted.

He wore his dress-white Navy uniform and she wore a black and white bib dress to the small wedding ceremony. For several years, the young couple moved around the country at the Navy's direction.

But when Jimmy's father died in 1953, he decided the couple, now with three young sons, would return to south Georgia to run the family's peanut business. Rosalynn was furious, writing in her 1984 book "First Lady from Plains" that she believed "the best part of my life had ended."

Their marriage wasn't an equal partnership in the 1950s, both said Wednesday. Jimmy Carter said he can't believe some of the decisions he made unilaterally, so "contrary" to the way they now live and work.

Both Carters say the key to their long marriage is mutual respect and a willingness to give each other some space. They keep separate offices at The Carter Center in Atlanta and at their house in Plains — hers in a converted bedroom and his in the garage. He prefers to work early in the day; she also rises early but tends to settle into work later.

They reunite for afternoon exercise, taking walks or riding three-wheeler bikes. They rely on each other to edit books, columns and speeches and share hobbies including tennis and fly-fishing.

"Space and doing things together and respecting what each other can do are the things that have made it really special," Rosalynn Carter said of their seven-decade marriage.

The Carters' marriage is second in length to one other former first couple. George H.W. Bush and Barbara Bush celebrated their 71st anniversary in January.