Hazardous emissions from a chlorine plant fire, abruptly shuttered oil and gas refineries and still-to-be assessed plant damage are seeping into the air after Hurricane Laura, regulators say, but some key state and federal monitors to alert the public of air dangers remain offline in Louisiana.

Whilethe chlorine fire was being monitored as a potential health threat, Louisiana environmental spokesman Greg Langley says he knows of no other major industrial health risks from the storm in the state. He said restoring power and water was a bigger priority.

But some Louisiana residents and environmental advocates say a shortage of solid government information on the state of the air is typical. With dozens of petroleum, petrochemical and other industrial sites, Louisiana is home to communities with some of the nation's highest cancer risks, according to Environmental Protection Agency rankings.

In the Lake Charles area, with refineries, a major natural gas project and other industrial sites, residents “generally don’t get any information except what the industry puts out,” said Carla Chrisco, a Lake Charles lawyer who evacuated the city before Laura.

The MSNBC host noticed a baby squirrel barely moving in Orange, Texas, a few miles away from the Louisiana border.

Thearea was among the hardest hit Thursday. Laura struck parts of the Texas-Louisiana coast with up to150-mph (240 kph) winds and a storm surge that Louisiana Gov. John Bel Edwards said rose as high as 15 feet (4.5 meters).

An electrical outage that deprived hundreds of thousands of people of power and is expected to last weeks has knocked offline the state’s stationary air monitors in the storm-battered communities.

Oil and gas facilities that the U.S. Department of Energy says account for 13% of U.S. refinery capacityshut down as a precautionalong an industrialized roughly 60-mile stretch from Port Arthur, Texas, to Lake Charles before the hurricane.

The abrupt shutdowns, and eventual restarts, for hurricanes typically mean the emission of up to millions of pounds of additional cancer-causing soot, heavy metals and other hazards from refinery smokestacks.

Afire at a plant making swimming pool chemicals in Westlake, part of the larger Lake Charles area, since Thursday has on occasion sent enough chlorine into the air to be detected by emergency workers’ hand-held monitors, Langley said. Chlorine levels were not high enough to warrant evacuation, officials said, although residents of the industrial area around the plant were under orders to shelter inside their homes for days after Laura’s landfall.

With debris clogging roads, industry still is assessing damage along the Texas-Louisiana coast. No word of any major industrial threat other than the chlorine plant fire had emerged by three days after Laura. After Hurricane Harvey hit Houston in 2017, confirmation of more than a hundred toxic spillsinto the air, land and water took days, weeks and months to become public, and many were never investigated.

Texas has requested the EPA’s help overall looking for any so-far undiscovered hazardous air releases after the hurricane, but Louisiana, with the exception of the chlorine plant fire, has not, EPA spokesman James Hewitt said.

Hurricane Laura made landfall Thursday morning in Lake Charles, Louisiana, as a Category 4 storm with winds of 150 mph. Footage taken after sunrise shows the extent of the damage.

“EPA stands ready to assist states and local governments who need help, and have already done so following Hurricane Laura,” Hewitt said in an email.

Texas made a formal request for air-monitoring help through the Federal Emergency Management Agency, Hewitt said. As a result, EPA has sent a bus-mounted mobile lab to the Houston area to start monitoring and assessing air for any hazardous emission levels, he said.

Texas also has asked the EPA to deploy a monitoring plane over Port Arthur, where the aircraft will collect infrared images and air readings to help track any damage and releases from the storm damage.

“Information will be provided to the public as it becomes available which follows our standard procedures,” the EPA spokesman said.

By Saturday, EPA contractors had left the area of the chlorine plant fire, said Langley, the Louisiana environmental spokesman. An environmental consulting firm would continue to do all air monitoring, he said.

State officials also would be flying over the damaged area to look for obvious leaks, sheens, wayward drums and any other signs of industrial threats, Langley said. “We have a lot of experience in hurricane response, looking for that," he said. 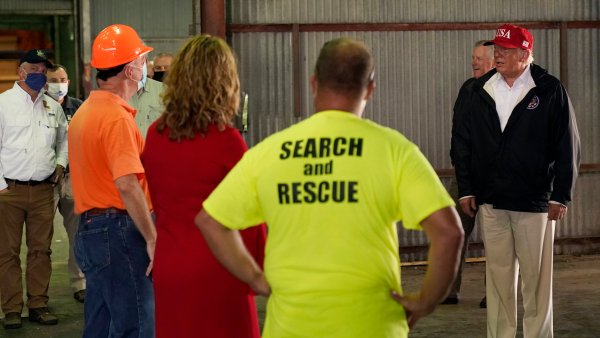 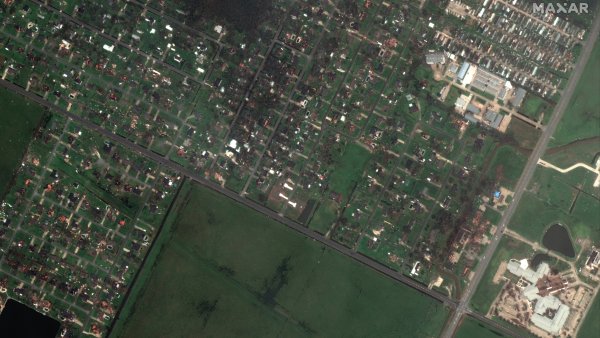 ‘Protect Our Babies:' Hospital Cares for Babies in Hurricane

Christina Stephens, a spokeswoman for the Louisiana governor, said Sunday that in addition to hand-held monitors, Louisiana's Department of Environmental Quality also has mobile air labs, although it so far has not deployed them since the storm.

The agency “has the experienced team and the resources ... to assess and respond to environmental issues in the aftermath,” Stephens said. If the state also needs EPA resources, “we will not hesitate to call on them.”

But some environmental and public health advocates single out Louisiana for what they say is too lax vigilance over industrial threats to the public, even in the best of times.

Louisiana's response since Laura “sounds like it's about what it usually is. Not robust is putting it kindly," said Anne Rolfes in New Orleans, founder of the Louisiana Bucket Brigade, an environmental group.

People are worried about the possibility of toxic releases from the storm, Rolfes said. But over the years, she said, Louisiana residents have come to have “tremendously low expectations, for these institutions that are supposed to be protecting us."