Landlord Who Wouldn’t Lease to Muslim Pair Must Pay $675,000

A Denver landlord who was recorded telling her tenant to find an "American person ... good like you and me" to sublease her property instead of a Muslim father and son seeking to open their second restaurant must pay the men $675,000 under a settlement.

The three men sued last year, generating local news coverage and online pleas to boycott the woman's business, which mirrored the response to racist comments captured on tape or video across the U.S. in recent months. Public attention soon faded, and attorneys said they were headed for trial until the night before jury selection was set to begin in Denver.

The parties finalized the settlement in April. Rashad Khan said it was a relief after more than a year of reliving his first experience of someone refusing to work with him and his father, Zuned, because of their faith and race. 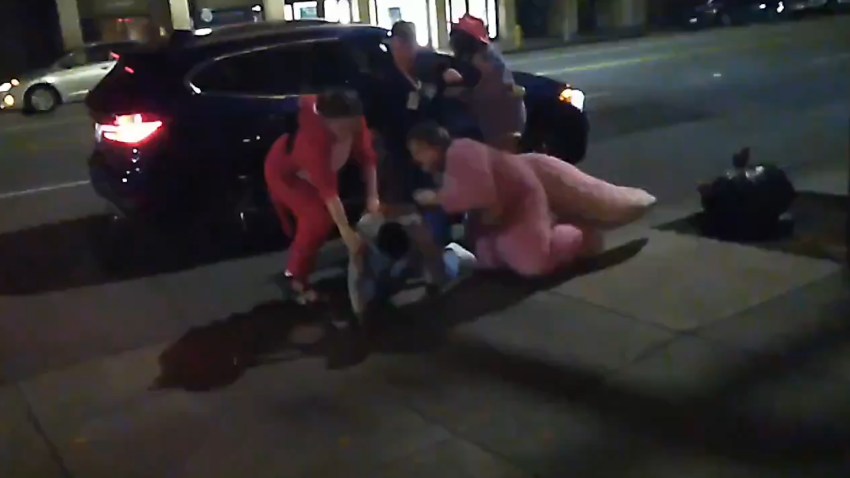 "My dad and I just wanted to know that there's justice, that she can't do this," said Khan, 36.

The dispute focused on a building in the Denver neighborhood of Capitol Hill, surrounded by homes, coffee shops and grocery stores.

Craig Caldwell began renting the building on a corner lot in 2016 but decided to close his fried chicken restaurant there in late 2017. Caldwell had to continue paying rent for the five-year lease unless he could find someone to sublease it.

The Khans seemed like his solution. They hoped to open a second Indian restaurant, replicating a fast-casual model that proved popular in the nearby city of Boulder. Caldwell was sold after checking their financial records, trying the family recipes and seeing both father and son working the counter at their business.

But weeks went by without approval of the sublease agreement by the building's owner, Katina Gatchis. Caldwell said he was shocked when the woman's son blamed the Khans' Islamic faith.

"I didn't believe it, and I didn't think anybody would believe me," said Caldwell, who is 71 and white.

He decided to use a voice recording app on his cellphone during his next conversation with Gatchis. In Colorado, it is legal to secretly record a conversation if at least one participant consents.

"American person!" Gatchis said in the recording, provided to The Associated Press by Caldwell's attorneys. "American person, I need. Good like you and me."

Caldwell returned to see her a few days later. He hoped Gatchis would change her mind, but she remained insistent in a recording of that conversation.

"They bring all the Muslims from the Middle East, and then I have a problem around here, bam boom, bam boom," she said.

Attorneys for Gatchis did not return phone or email messages seeking comment on the recordings and settlement. In a court document filed in March, they said Gatchis admitted making the statements "and that the recordings are accurate."

Gatchis acknowledged in the document that she "unlawfully discriminated" against the Khans' company but said Caldwell could not sublease to them without her approval under the terms of his original lease.

"Businesses in Colorado and across the country should know that these laws are on the books, they are highly enforceable, and that if they will discriminate, people will stand up against them and tell them it is wrong," Mohamedbhai said.

Colorado's Civil Rights Commission, which investigates discrimination complaints, does not track incidents by specific religions or race. According to its most recent annual report, the commission received 96 complaints of discrimination based on religion and 432 complaints based on race during the last fiscal year.

Khan said his father did not seem surprised by Gatchis' remarks, but he himself was shocked.

"Just to look at my name and assume everything in my life, everything that I am," he said. "I was angry, I was disappointed. I started to have a little bit of self-doubt. It kind of creeps into your mind: Who else is thinking these things? Is she the only one?"

Khan came to the United States when he was 11, sponsored by his father, who had a green card and was then working in Phoenix. They later moved to Boulder.

Khan earned a degree at the University of Colorado Boulder and worked in information technology before teaming up with his dad. Their restaurant's recipes are influenced by the family's roots in Bangladesh and England, where Khan was born.

On a typically busy weekday, staff at Curry n Kebob carried platters of naan, basmati rice and varieties of meat and curry to customers waiting for lunch.

Khan said he received constant support from customers and friends as the suit wrapped up and still hopes to find a Denver location to grow the family's business.