Immigration attorneys have sported swim goggles and masks borrowed from friends to meet with clients in detention centers. Masked judges are stocking their cramped courtrooms with hand sanitizer for hearings they want to do by phone.

While much of daily life has ground to a halt to reduce the spread of the coronavirus, the Trump administration is resisting calls from immigration judges and attorneys to stop in-person hearings and shutter all immigration courts. They say the most pressing hearings can be done by phone so immigrants aren't stuck in detention indefinitely.

Rules change daily as the virus spreads and federal officials struggle to figure out how and whether they can keep the massive system running. Officials say they have not ruled out a total shutdown but are closing specific courts and delaying hearings.

The U.S. Justice Department on Monday postponed hearings for asylum-seekers waiting in Mexico, but only after judges in San Diego canceled hearings in defiance of orders to keep them running amid the pandemic. The government has delayed hearings for immigrants who aren't in detention but is moving forward for those who are.

Suspected coronavirus infections have forced immigration courts in New York, New Jersey and Colorado to temporarily shut down in the past week. As a precaution, the government announced the closure of several more Wednesday. Others that previously closed had reopened Thursday, including in Seattle. A handful of courts are only accepting documents.

But most of the 68 U.S. immigration courts are still holding hearings.

That's leaving judges and attorneys to try to protect themselves. Immigration and Customs Enforcement told lawyers to bring their own masks and gloves, which many hospitals can’t even find.

And social distancing in a small courtroom is challenging, with judges passing paperwork back and forth to legal assistants while lawyers and immigrants' families crowd in. Interpreters fly across the country for hearings.

Immigration lawyers and unions for judges and the Homeland Security Department’s own attorneys have jointly demanded that all courts close. 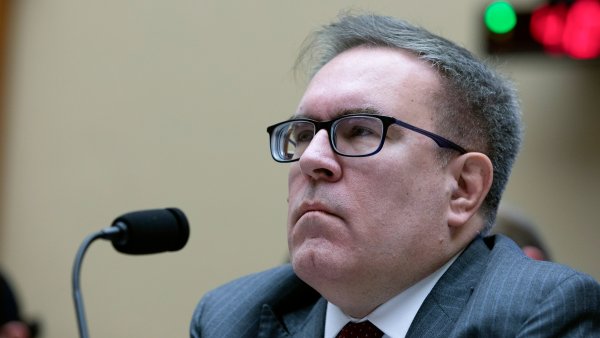 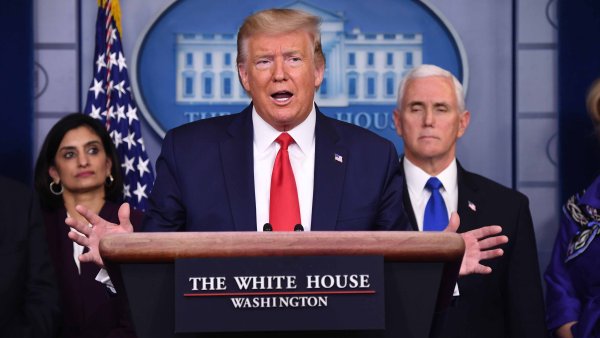 "We know the coronavirus is contagious even when people are not symptomatic, and so everyone is very concerned about it. It’s not enough to be reactive. At that point, it’s too late," said Samuel Cole, an immigration judge in Chicago who is also spokesman for the National Association of Immigration Judges. "So everyone is being put at risk."

The Justice Department’s Executive Office for Immigration Review, which oversees U.S. immigration courts, said in an email to The Associated Press that it continually evaluates the situation and makes decisions based on public health information. Some courts may close even without a confirmed exposure.

"Depending on the nature, scale, scope, and extent of any incident," the court system will respond appropriately, including closing courts, spokeswoman Kathryn Mattingly said.

The immigration courts encourage video conferencing when possible to reduce the risks, Mattingly said. No one, she said, is required to file documents in person.

The system faces a backlog of 1.1 million cases, and in many places, lawyers are considered essential workers exempt from state and city orders to stay home. In the criminal courts, some trials have been delayed and some states have closed courtrooms as the virus spreads.

Some immigration judges are telecommuting, while others are simply refusing to come in, according to the judges' union.

Hours later, her attorneys learned that the court was closing after a suspected infection. Attorneys say they're having to decide between risking their health by going to court or staying away and having their client miss out on being released from detention.

"It's a disaster," Saenz said.

In New Jersey, requests for such hearings can be made online and have been granted rapidly. But in New York, they are often ignored, attorneys say.

President Donald Trump on Thursday stressed his desire to put Americans back to work. "A lot of progress has [been] made, but we've got to go back to work," he said. "We may take large sections of the country that aren't so seriously affected, and we may do it that way."

After a New York attorney got no response, an immigrant's mother took a train from Long Island and then a New York City subway to court to hand-deliver the lawyer's written request for a telephone hearing. The woman has since been diagnosed with the coronavirus, according to a letter from the Association of Deportation Defense Attorneys to the Executive Office for Immigration Review.

"Can you imagine the number of people she came into contact with as the result of the decision to keep this court open?" the letter asked.

While hearings by phone work for some cases, they don't for children, according to attorneys who want those proceedings postponed.

"How are we supposed to make sure they’re understanding things?" said Laura Barrera, managing attorney for the Tucson Children’s Program at the Florence Immigrant and Refugee Rights Project.

She said she asked to delay hearings set for Friday for 11 children in government custody but was denied. Now, the plan is to gather together the children from different shelters for a hearing by video, putting them at risk of exposing each other to the virus, Barrera said.

Attorneys also are struggling to meet with their adult clients to build cases.

Immigration lawyers in Arizona have been told that detention centers require visitors to wear a surgical mask, eye wear and medical gloves, which are hard to come by even for health providers.

Attorney Margarita Silva improvised. When she reached a detention facility in Eloy, Arizona, on Monday, she was wearing her husband’s land surveyor goggles, a mask she borrowed from a friend and medical gloves she got from a hardware store. She said she felt ridiculous wearing the gear to meet a new client.

"My goggles were fogging up because every time I breathe into my mask, it goes to my goggles," Silva said.

Another lawyer had only a mask and a second donned swimming goggles, while the guards and detainees at the facility wore nothing, she said.

Silva said she wishes immigration authorities would release detainees who don’t have a criminal history or only minor infractions, like her client. That, she said, would relieve the need for so many court hearings.