US Economic Plan for Mideast Peace Met by Harsh Criticism

The Palestinians have rejected the proposal and will not be attending

When the Trump administration cut hundreds of millions of dollars of aid for Palestinians last year, the Parents Circle, a coexistence group of bereaved Israeli and Palestinian families, lost 30% of its budget overnight.

So members were shocked Sunday to learn that the White House is now using its photos in promotional materials for a U.S. peace plan that has been skewered by veterans of past Mideast peace efforts. "I think it's one of the most cynical and insensitive acts," said Robi Damelin, a spokeswoman for the group.

While U.S. allies in the region have been cool to the plan ahead of a launching conference in Bahrain this week, former U.S. diplomats and Mideast experts criticized it for recycling past proposals, making unrealistic projections and ignoring Israel's continued occupation of the West Bank. 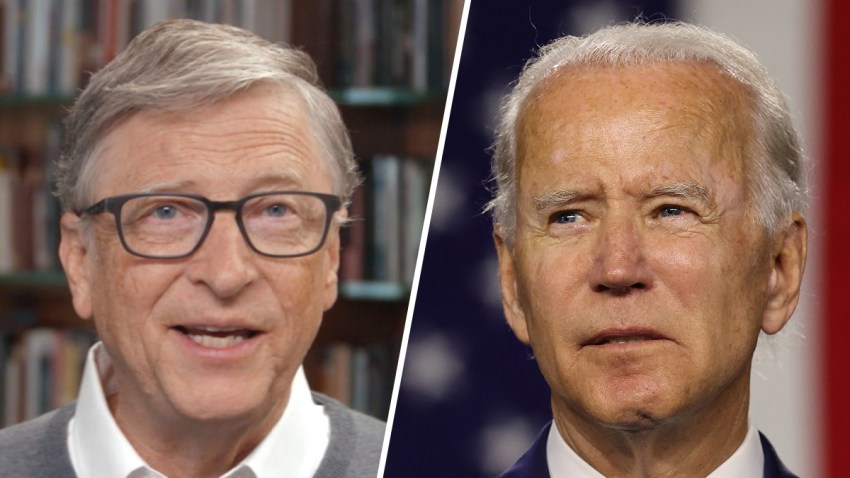 "The Palestinians' economic problem isn't a lack of money; it's a lack of liberty," Aaron David Miller, a former senior Mideast adviser to Republican and Democratic administrations, wrote on Twitter.

The White House on Saturday unveiled the $50 billion plan, saying it would seek to raise the cash for a series of investment and infrastructure projects to support its much-anticipated but still unreleased Middle East peace plan. It called the proposal "the most ambitious international effort for the Palestinian people to date."

The plan calls for $27.5 billion of projects in the West Bank and Gaza Strip, areas claimed by the Palestinians for an independent state, with remaining funds allocated for Egypt, Jordan and Lebanon.

These countries either border the Palestinian territories or have large populations of Palestinian refugees. The projects envisioned are in the health care, education, power, water, high-tech, tourism and agriculture sectors and include a land link through Israel between the West Bank and Gaza.

President Donald Trump's Mideast team, led by his senior adviser and son-in-law Jared Kushner, scheduled a "workshop" in the Gulf state of Bahrain on Tuesday and Wednesday to discuss the proposal. Already, expectations are low.

The Palestinians have rejected the proposal and will not be attending. Accusing the U.S. of unfairly favoring Israel, the Palestinians say there can be no economic plan without a political horizon aimed at ending a half century of Israeli occupation.

Palestinian President Mahmoud Abbas on Sunday cast doubt on the $50 billion figure. "We have heard these lies before," he told foreign journalists in Ramallah, West Bank.

The Israelis, meanwhile, were not even invited after the White House said it did not want the gathering to be "political." Without participation by the two key players, the conference will instead include a collection of low-ranking officials from Arab countries and a handful of private Israelis and Palestinians.

After weeks of silence, Jordan and Egypt, two close U.S. allies, finally confirmed their attendance. But both said they would send only low-level officials and reiterated their support for the establishment of a Palestinian state in the West Bank, Gaza and east Jerusalem — territories captured by Israel in the 1967 Mideast war.

Trump's team has refused to endorse the two-state solution — the international community's preferred outcome for the Israeli-Palestinian conflict — and recently sent signals that it would even accept Israeli annexation of parts of the West Bank. On Sunday, Prime Minister Benjamin Netanyahu took U.S. National Security Adviser John Bolton on a helicopter tour of the West Bank's Jordan Valley.

The U.S. proposal, which includes a 40-page overview and 96-page list of projects, pie graphs and projections, is surprisingly detailed in many ways. It pledges to more than double Palestinian economic activity, reduce the Palestinian unemployment rate to nearly single digits and cut poverty by 50% over 10 years.

But the proposal is just as notable for what is missing. There is no mention of Israel's occupation of the West Bank, which has repeatedly been singled out by the World Bank and other international bodies as the biggest drag on the area's economy.

It does not mention Hamas' control over Gaza or the Israel-Egyptian blockade, which, meant to contain Hamas, has also stifled the territory's economy, or the millions of Palestinian refugees and their descendants scattered across the Middle East.

Nor does it refer to Israel's West Bank settlements, which sit on the 60% of the West Bank that is virtually off limits to Palestinian development. It is not clear who will provide the hoped-for $50 billion, or where the rosy economic forecasts come from. The entire plan hinges on a peace agreement, whose details the administration has said it will not propose before this fall at the earliest.

Dave Harden, a former mission director for USAID in the West Bank and Gaza, said the proposal had some positive aspects, such as its regional approach, but does not appear realistic.

"First of all it's detached from the political horizon, and it's very hard to get investment and trade in a situation where there is no political horizon," said Harden, who is now chairman of the Georgetown Strategy Group, a Washington consulting firm that does work in the West Bank.

He also said the plan underplays how difficult raising the money would be, much less the complexities of implementing projects on the ground. He said that ultimately Israel is the "dominant party" and would be the key player in approving most of the projects.

Harden also noted that USAID has been working on similar projects for the past two decades. Yet over the past year and a half, the Trump administration has cut hundreds of millions of aid to the Palestinians and recently shuttered the USAID office in the region.

"We've done all this stuff before," he said. "There's an irony there."

To many critics, the use of old photos from slashed or canceled USAID programs was the most hurtful part of the proposal. The smiling Palestinian faces might be interpreted as an endorsement of the plan.

"It's pretty audacious to have cut off the funding and closed down these programs and then use images of them to sell an economic package that has no support among the Palestinians," said Joel Braunold, executive director of the Alliance for Middle East Peace, a nonprofit group that promotes peaceful interaction between Israelis and Palestinians.