Detectives would like to identify women in pictures discovered after DNA led to charges in a pair of murders.

Police in Burbank said the women seen in a cache of photographs discovered during a search of an accused serial killer’s home could be important clues in the man’s upcoming murder trial.

"I don’t know who they are," said Burbank Police Department Det. Aaron Kay. "My concern is that either they’re missing or dead. They could be the victim of something."

The photographs were found last fall when Horace Van Vaultz was arrested, the first case brought by the LA County District Attorney’s Office that relied, in part, on searches of genealogical DNA databases in order to identify an alleged killer.

"A 64-year-old man...was charged with two counts of murder, with seven counts of special circumstance allegations, including multiple murders and lying in wait," DA Jackie Lacey announced in November.

The charges included the 1986 murder of Mary Duggan, whose body was found in the trunk of her own car parked near the 5 Freeway in Burbank. She was last seen at a bar on Vanowen in Reseda and a pizza restaurant on Saticoy St. nearby.

"The leads ended up running cold," Kay said. "There was very little to follow up on."

Then in 2006 a DNA profile from Duggan’s body, that had been uploaded to a law enforcement database, linked the case to the 1981 unsolved murder of Selena Keough, who was tied up, sexually assaulted, and strangled. Her body was dumped in Montclair.

"That was a big deal, because it opened up a whole new avenue of leads that we didn’t know about," Kay said. But none led to the identification of a suspect.

The arrest in 2018 of the man accused of being the so-called Golden State Killer changed Kay’s case, after authorities across California revealed they’d used genealogical databases to look for relatives of the person who’d left a DNA profile on at least a dozen murder victims.

"That was big news, because now there was a different way of using the suspect’s DNA to try to identify him," Kay said.

With the approval of supervisors and prosecutors, the profile from the Duggan and Keough murders was used to search for relatives, first in law enforcement DNA files, then in genealogical data online. A list of suspects was developed, and Vaultz seemed to fit by gender, age, and living locations at the time of the murders.

"I remember when I saw his name, then I saw some of the things that were contributing to my suspicion of him, I got excited," Kay said.

Court records show Vaultz had been arrested for a number of sexual assaults, including an incident in 1984 in which he pleaded no contest to a misdemeanor after a 22-year-old woman accused him of choking and sexually assaulting her.

In 1988 Vaultz was acquitted in Ventura County Superior Court for the sexual assault and murder of a woman named Janna Rowe on Christmas 1986. She was last seen at a motel in Thousand Oaks, and her body was found at a trash dump site in Ventura several days later.

Detectives began surveillance of Vaultz at his home in Bakersfield, and one day, an investigator snatched the trash before it could be collected. A DNA profile extracted from an item linked Vaultz to the murders, police said.

Now the photographs have presented a new mystery. Kay says the women shown have a similar appearance: young, Caucasian with light brown or blonde hair. Vaultz was a peripheral figure in the early days of LA’s hip hop music scene, and Kay says there are indications Vaultz’s access to large dance events and parties put him in contact with hundreds, if not thousands, of young women.

"I want to make sure that people see his picture, that they understand what he was doing back then, to see if we can get some resolution to some other families," Kay said.

There are numerous young women who vanished from Los Angeles during the same time period and were never found. There are other cases in which bodies have been found but it’s been impossible to collect DNA for comparison, he said.

"That’s my biggest concern. I don’t want to leave anyone behind who’s a victim," he said.

The Burbank Police Department has set up a hotline for anyone with information about the women in the photographs or Horace Van Vaultz. The number is (818) 238-3288. 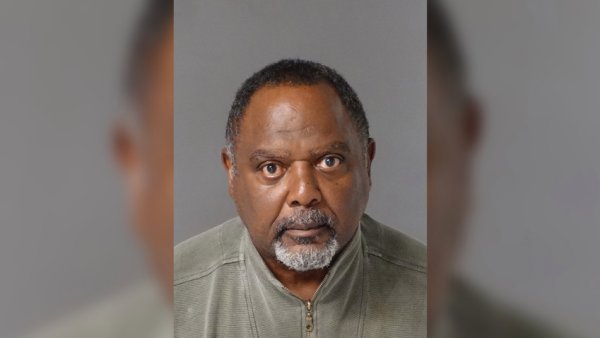 Attorney Describes Man as Retired Widower, But Authorities Say He Murdered Two Women in the 1980s